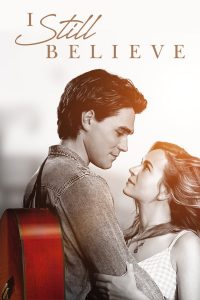 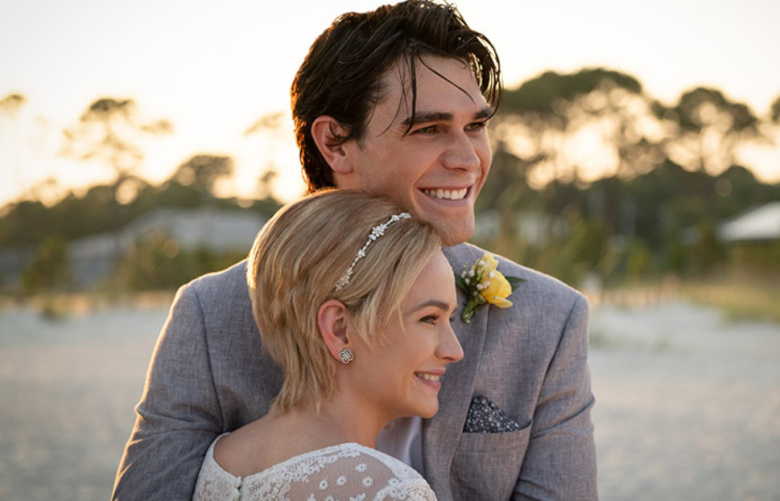 OUR I STILL BELIEVE REVIEWS & RATINGS:

Becoming a teenage heart-throb is the dream of every young actor. But while the pull of stardom is very strong reaching that heart-throb status is never a guarantee of a long and successful Hollywood career.

Flash back to the late 1990s and Dawson’s Creek was the biggest show on television. Its male stars – James Van Der Beek, Joshua Jackson and Kerr Smith were on posters on every teenage girl’s wall around the world. Today all three are lucky to get small roles in television shows and B-Grade movies.

The next actor following in those foot-steps is young star K.J. Apa. The New Zealand local has risen to stardom as the star of Netflix’s very own Gothic teenage mystery show Riverdale where he plays comic book legend Archie Andrews, while his new film I Still Believe opens in cinemas across Thailand this week.

Apa’s movie career to date has been successful from a critical point of view. Films like A Dog’s Purpose and The Last Summer have certainly earned him more fan attention while his work on the gritty The Hate U Give gave him a chance to show the world his acting ability. I Still Believe sees Apa’s career take a whole new direction though… a direction that many of his young fans probably didn’t see coming – the starring role in what many people would label a faith-inspired film.

In I Still Believe Apa plays Jeremy Camp – one of the world’s highest selling Christian musicians. The movie follows Camp’s life from the moment he leaves the country-side home of his parents (played by Gary Sinise and Shania Twain) and heads to college. It is there that he meets musician Jean-Luc (Nathan Parsons – The Originals) who recognises Camp’s musical ability and starts him out on his career.

From there though things don’t exactly go the way that Camp wants them to. First he and Jean-Luc find themselves competing for the affection of the same woman – the beautiful Melissa (Britt Robertson – Tomorrowland). But even that doesn’t run a smooth path when Melissa is diagnosed with cancer and is soon battling massive odds to just survive.

Unlike many ‘religious’ films I Still Believe doesn’t come across as a preachy film. While both Jeremy and Melissa’s faith is there for all to see the film also explores themes of a hope and love as it depicts a young couple facing one of the biggest challenges of their lives. The screenplay also brilliantly allows the plot to explore the story of a man who begins to doubt his own faith as the odds stack up against Melissa.

While many religious films are also plagued by soap-opera style writing and bad acting that certainly isn’t the case with I Still Believe. Directors Andrew and Jon Erwin (October Baby) doesn’t hold back at all with this film. The audience will find themselves tested as the plot causes you to start to think about your own beliefs and how you would cope in circumstances where it appears that your partner may not survive. While Camp is a Christian the film would cause people of any faith or belief to look deep inside and explore how they would react in the same circumstance.

Likewise the directors also test their young stars. Britt Robertson is at times unrecognisable as she plays the terminally ill Melissa but the acting tour-de-force here is Kapa. In Riverdale we have had to watch Kapa deal with the death of his on screen father, which was brought about due to the off-screen death of actor Luke Perry, and once again here Kapa is put through an absolute acting wringer. Some of the sequences here as Camp goes through a personal and faith-driven breakdown would have been brutal and emotionally-toiling on Kapa. To the young star’s credit though he pulls them off with ease and many of his scenes have the power to have the audience in tears. If there was any question at all over whether Kapa had the acting ability to forge a career outside of Riverdale this is the film that proves the world his is oyster.

I Still Believe may be an emotional viewing for some audience members, but it is well worth packing the box of tissues and sitting through. A thought-provoking and challenging story-line mixed with a young star putting in the performance of his young career makes I Still Believe one of the biggest surprises of  2020. 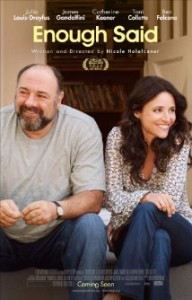 Summary: A divorced and single parent, Eva (Julia Louis Dreyfus) spends her days enjoying work as a masseuse but dreading her daughter’s impending departure for college. She meets Albert (James Gandolfini in one of his final performances) – a sweet, funny and like-minded man also facing an empty nest. As their romance quickly blossoms, Eva befriends Marianne (Catherine Keener), her new massage client who happens to be Albert’s ex-wife. Suddenly, Eva finds herself doubting her own relationship with Albert as she learns the truth about Marianne’s ex.

“Enough Said” is guaranteed to have film lovers going to have a look at it. After all, it is the final film for the talented James Gandolfini (“Nicky Deuce,” “The Incredible Burt Wonderstone”), although this is a film that deserves an audience for an entirely different reason. So often romance films hit the cinema and then are quickly criticised for their poor scripts and woeful acting. This isn’t the case for “Enough Said” that overcomes a couple of low patches with some strong acting performances and a script that is guaranteed to engage.

Directed and written by Nicole Holofcener (“I Hate That I Love You,” “Please Give”) “Enough Said” centres around divorced masseuse Eva (Julia Louis-Dreyfus – “Planes,” TV’S “Veep”) who struggles through her mundane job while preparing for the fact that her daughter Tess (Eve Hewson – “Blood Ties,” “This Must Be The Place”) is about to leave home and head to college.

Her life however becomes a little better when she attends a party with her best friend Sarah (Toni Collette – “Lucky Them,” “The Way Way Back”) and firstly meets an exciting new client, a poet named Marianne (Catherine Keener – “Jackass Presents: Bad Grandpa,” “Captain Phillips”) and then the intriguing Albert (James Gandolfini).

While Albert is not the kind of guy that Eva would date in a million years he fascinates her and despite some warning signs she decides to take a chance for once in her life and start a relationship with him.

A few things will hit you about “Enough Said”, beginning with the sensational script. Holofcener throws everything out the window when it comes to scripts for romantic films. There are a couple of clichés in the third act but aside from that, the script is almost as alternative as last year’s “Take This Waltz.” The film contains so much really natural dialogue which makes the characters endearing and just when it feels like Holofcener has put the film into cruise control the film hits hard with a twist that no one sees coming. It’s a twist that sets up a sensational second half of the film.

The script also throws in a few curveballs along the way. At time it does feel like the screenplay is man-slapping with characters such as Will (Ben Falcone – “Bad Words,” “The Heat”) but that evens out with some of the nasty, bitchy comments that are made about Albert throughout the film, which highlights a rarely explored topic in cinema – that sometimes it can be females that are all about body image.

Holofcener’s screenplay is manipulating in a good way. It draws the audience in and makes you like both Albert and Eva, meaning that real suspense builds around the relationship. The script also allows for the right mix of drama and comedy (yes this a comedy that you will actually laugh at), while it expertly uses its peripheral characters such Will and Chloe (Tavi Gevinson – “Cadaver,” “First Bass”) to full comedic and dramatic effect.

The second big thing that hits you about “Enough Said” are the quality of the acting performances of the cast. James Gandolfini overcomes an awkward opening few minutes and delivers a performance that is heartfelt. He is well supported by Julia Louis-Dreyfus who seems to brush aside the myth that “Seinfeld” actors haven’t had success in movies with a brilliant performance that will hopefully see her appear in more films in the future.

Also good in her smaller role is Toni Collette who does enough to make film lovers forget all about her woeful work on “Mental.” Also really announcing herself in “Enough Said” is young Tavi Gevinson who excels as the lost Chloe and often steals the spotlight away from her more esteemed cast mates.

“Enough Said” is surprisingly good and is a great reminder that there can be some classy well-written and engaging romantic films still made in Hollywood.