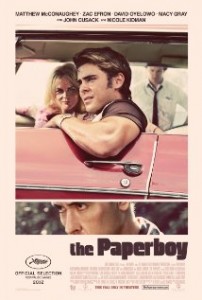 Summary: Jack Jansen (Zach Efron) welcomes his brother Ward (Matthew McConaughey) home after a long absence. Accompanied by his British writing partner Yardley (David Oyelowo), Ward is intrigued by the plight of Charlotte Bless (Nicole Kidman in her wild Golden Globe nominated role) and a prisoner she swears is innocent: Hilary Van Wetter (John Cusack). Hoping to uncover a miscarriage of justice, Ward and Yardley become tangled in the sweaty, sun-drenched web spun by their subjects while Jack finds himself increasingly obsessed with the flirtatious Charlotte. 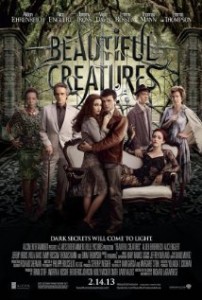 Summary: A supernatural love story set in the South, Beautiful Creatures tells the tale of two star-crossed lovers: Ethan (Alden Ehrenreich), a young man longing to escape his small town, and Lena (Alice Englert), a mysterious new girl. Together, they uncover dark secrets about their respective families, their history and their town.

If you’ve seen all the publicity around ‘Beautiful Creatures’ you’ll know that it is supposed to be the replacement film for all of those who have been in mourning since both the ‘Twilight’ and ‘Harry Potter’ franchises have come to a close. The sad fact is however that ‘Beautiful Creatures’ is so bad that it doesn’t deserve to be mentioned in the same breath as the other films.

Based on the semi-successful series of novels by Kami Garcia and Margaret Stohl ‘Beautiful Creatures’ follows Ethan Wate (Alden Ehrenreich – ‘Twixt’, ‘Stoker’) a young literature obsessed high school student who since the death of his beloved mother and dreamt of the day that he can escape from Gatlin, South Carolina instead of wasting his days away in a dead-water town with his best friend, Link (Thomas Mann – ‘Hansel & Gretel: Witch Hunters’, ‘Fun Size’).

Then suddenly Gatlin is made a little bit brighter by the arrival of Lena Duchannes (Alice Englert – ‘In Fear’, ‘Ginger & Rosa’) who is sent to live with her mysterious uncle Macon Ravenwood (Jeremy Irons – ‘Night Train To Lisbon’, ‘The Words’). The religious townsfolk have always been critical of the family for years believing that they practice in witchcraft and they instantly decide that Lena should leave especially after an incident that sees Emily Asher (Zoey Deutsch – TV’S ‘Ringer’, TV’S ‘Switched At Birth’) and Savannah Snow (Tiffany Boone – TV’S ‘Unmatchable’, TV’S ‘Suburgatory’) injured.

When Lena finally allows Ethan close to her he learns that she is a caster (fancy name for witch) but that she is scared that on her sixteenth birthday she may turn dark like the other females in her family, something that family members Sarafine (Emma Thompson – ‘Brave’, ‘Men In Black 3’) and Ridley (Emmy Rossum – TV’S ‘Inside’, TV’S ‘Shameless’) are counting on happening. And while it appears that it is written in stone that doesn’t stop Lena, Ethan, Macon and local ‘seer’ Amma (Viola Davis – ‘Won’t Back Down’, ‘Extremely Loud & Incredibly Close’) from trying to prevent it from happening.

It is surprising just how bad ‘Beautiful Creatures’ really is. It is obvious that Summit Entertainment wanted to re-create the success they gained with ‘Twilight’ and they have obviously directed screenwriter/director Richard LaGravenese (‘P.S. I Love You’, ‘Freedom Writers’) to make this film as similar to their blockbuster as he could. Sadly though this brings the film completely undone, the soundtrack and the leading lady that looks like she could be Kristen Stewart’s sister almost make the film seem like a parody.

Also adding to the parody feeling are some of the cheesy moments during the film that actually have the audience laughing at instead of with the film… actually some of those moments are so bad there may be a few groans as well as laughs. LaGravenese then drags the film down even further when he tries to introduce some ‘Dark Shadows’ style comedy into a film that really should have been a supernatural horror in the vein of ‘The Craft’.

Sadly the producers of ‘Beautiful Creatures’ couldn’t even get the casting right for the film. Emma Thompson and Jeremy Irons pretty much embarrass themselves in roles that could really tarnish their careers while Alden Ehrenreich is far too old to be playing a teenage romantic lead. And as for Alice Englert well she shouldn’t be giving up her TV work anytime soon because her performance here certainly won’t be having Hollywood producers knocking on her door.

No matter how much of a fan of the genre you are ‘Beautiful Creatures’ is the kind of film that you really need to avoid. This is one of 2013’s shockers… Golden Razzie nominations are sure to follow.