Stan today announced that production for a brand new Stan Original Film, A Sunburnt Christmas, Australia’s greatest Christmas film ever, is currently underway in Adelaide and will premiere exclusively on Stan later this year – just in time for Christmas.

Directed by Christiaan Van Vuuren (Bondi Hipsters, The Other Guy), this very Australian comedy is produced by Every Cloud Productions, in association with Highview Productions, from an original concept by Gretel Vella, Eillot Vella and Tim Walker, with major production investment from Screen Australia in association with Stan and financed with assistance from the South Australian Film Corporation. Lisa Scott, Highview Productions, is Producer, with Executive Producers Fiona Eagger and Deb Cox for Every Cloud and Mike Jones co-producing.

Not your typical cliché Christmas movie, A Sunburnt Christmas is a wild, hilarious and heartfelt story about a single mum and her kids doing it tough on their outback farm until a runaway criminal dressed as Santa Claus crashes into their property and their lives.

In the lead role as Daryl the kindly crim, Daniel Henshall (Snowtown, Bloom, Acute Misfortune) is mistaken for the real Santa by the young and fearless Daisy, played by incredible new talent Lena Nankivell. Other newcomers Eaden McGuinness and Tatiana Goode are equally brilliant in their roles as Daisy’s older siblings, her anxious brother Tom and wily teenage sister Hazel who sees Daryl as an opportunity to get her family back on track. Sullivan Stapleton (Animal Kingdom, Ride Like A Girl, 300: Rise of an Empire), also stars as Dingo, the mobster on the hunt for Daryl, with Ling Cooper Tang (The Secrets She Keeps, Stan Original Series The Gloaming) as the children’s mum rounding out the multi-generational cast of diverse characters.

A feel-good comedy-of-errors, A Sunburnt Christmas is the must-watch film this Christmas that will bring the family together to laugh, cry and cheer for the triumph of ordinary battlers who might just get their Christmas miracle.

Christiaan Van Vuuren said: “I‘m absolutely stoked to be working at all this year, let alone on a production as special as this with so many talented eggs. I hope this movie is a Christmas present to all Australians after such a hard year.”

Every Cloud Productions’ Fiona Eagger said: “Christmas is one of those occasions where my family love the ritual of sitting down together to watch something Christmassy. Last Christmas, I asked myself ‘where are our good Aussie Christmas films?’ A Sunburnt Christmas fills that void and celebrates what makes us uniquely Australian. It is a little bit irreverent, not very politically correct, has a big heart and is a lot funny. In a year where we could do with a little Christmas cheer, this is about creating our own miracles and finding faith in each other.

“Alongside Stan and Lisa Scott, Deb and I and the team at Every Cloud Productions, have a strong ethos to give opportunity to new talent. On this show there are many key creatives that are doing their first feature film and we are proud to be doing it with them.”

Stan’s Chief Content Officer, Nick Forward said: “The timing for A Sunburnt Christmas couldn’t be better and we’re delighted to be working with Christiaan Van Vuuren again, along with the talented young writers, Every Cloud Productions and Highview Productions, to create a fun feel-good Christmas film to give us all a bit of much-needed Aussie festive cheer.”

South Australia’s Minister for Innovation and Skills David Pisoni, who recently visited the set, said: “A Sunburnt Christmas will inject $2.9m into the local economy and employ 104 South Australian crew, 15 local cast and 31 extras. Among the cast are three young South Australian actors in key roles, who have the opportunity to work alongside and learn from acclaimed actors Daniel Henshall and Sullivan Stapleton. It is terrific to continue to build on the strong relationship between Stan and South Australia.”

Screen Australia’s Head of Content Sally Caplan said: “We are thrilled to be supporting this Aussie Christmas comedy. With a fun and distinctive story written by exciting new talents Gretel Vella, Eillot Vella and Tim Walker, and comic mastermind Christiaan Van Vuuren in the director’s chair, A Sunburnt Christmas is set to bring laughs for the whole family.”

CEO of the South Australian Film Corporation Kate Croser said: “We are thrilled to welcome the acclaimed and prolific Every Cloud Productions to South Australia for the first time with this Stan Original film. The turnaround on this production, post-Covid and pre-Christmas is incredibly quick, and is testament to the agility and skill of the nimble crew and vendors in South Australia, under the leadership of South Australian producer, Lisa Scott of Highview Productions.” 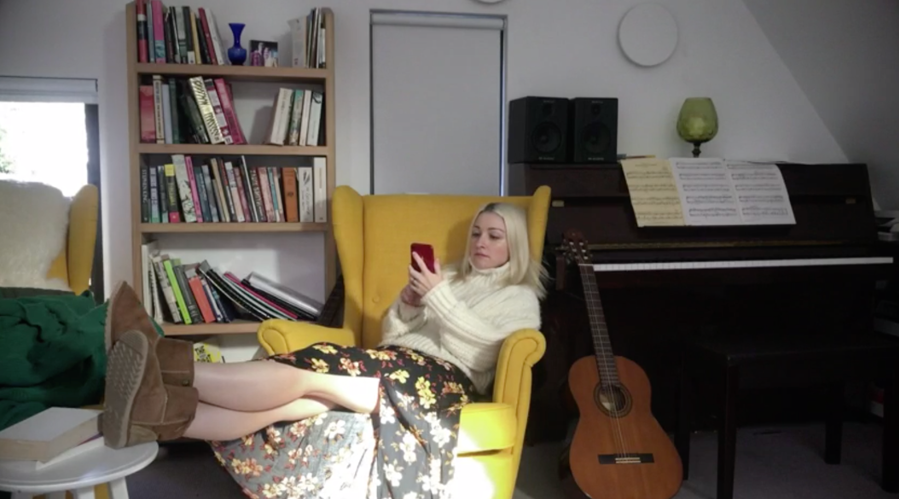 Kate Miller-Heidke’s ethereal voice makes this empathetic gesture on her new single, “This is Not Forever.” The sentiment behind the song is simple but weighty – a plea for a loved one to hand over their hurt.

“I could see someone very close to me was falling into a depression. I’d seen it before and I wanted to let them know I was there for them in a very serious way. The song was written about six months ago, before all this happened,” she explains, referring to the global shutdown amidst the spread of Covid-19 – a context that imbues “This is Not Forever” with new resonance. “Listening to it in these changed times, I feel it more deeply than I did before. It just seems like the right time to put it out.”

Cinematic in scope and sound, “This is Not Forever” is a testament to people: trusting them with your ideas and your emotions, and allowing yourself to be close to them emotionally if not physically, just for now.

That belief extends into the music video for “This is Not Forever”. A collaboration with director Christiaan Van Vuuren and choreographer Lucas Jervies, the poignant video sees dancers trade the stage for their living rooms and backyards, encapsulating the hopeful spirit of the song in communal motion. Shot in isolation by each dancer on their phone and pieced together by Van Vuuren, you can watch the video here:

In late 2019, just months after Kate brought her unique blend of indie-pop, folk and opera to the Eurovision Song Contest with her song‘Zero Gravity’ and where she was also the first Australian artist to win the Marcel Bezençon Artistic Award (an award presented to the best artist as voted by the Eurovision commentators) – she threw herself into another new challenge. Paired up with producer Justin Stanley and songwriter Ingrid Andress at the APRA AMCOS SongHubs on the Gold Coast, and challenged to make a song in a day, the trio embarked on a collaboration that had evaded Kate during her career.

“I’d always kind of shied away from the pop song-writing tradition of baring your soul to strangers, and then writing a song. But I think after the whole crazy Eurovision experience, how exposing that was and that super hectic year, I was just feeling confident enough for the first time to do that, to sit in a room with strangers and write a song that way. And I’m so glad I did, because it’s really changed my whole approach.”

Kate had been writing music for over two decades, during which time she followed the path laid by her idols, one that involved channelling her deepest feelings alone in a room. “It was personal. It was like a pure channel, between the muse and the songwriter.”  But following her experience at Eurovision, she realised there had been seeds of fear and social anxiety that led to her distrust of doing it any other way.

“After Eurovision I felt like, I can do anything now. Nothing’s going to be as exposing; I’ve been as vulnerable as I can be.”

In surrendering to the collaboration, she tapped into the intimacy of the song, and found that writing with others led to her ideas becoming more distilled, more effective.

Kate Miller-Heidke is one of Australia’s most celebrated artists, a sublime vocalist who effortlessly traverses the worlds of contemporary pop, folk and opera. She has released four studio albums including O Vertigo! which debuted at number 4 on the ARIA Albums Chart, Nightflight, which reached number 2, and Curiouser, which reached double platinum sales and spawned the multi-platinum hits ‘Last Day On Earth’ and ‘Caught In The Crowd’. Her yet to be titled fifth studio album is slated for release later this year. 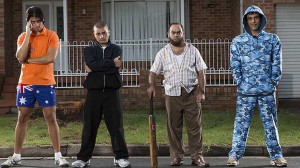