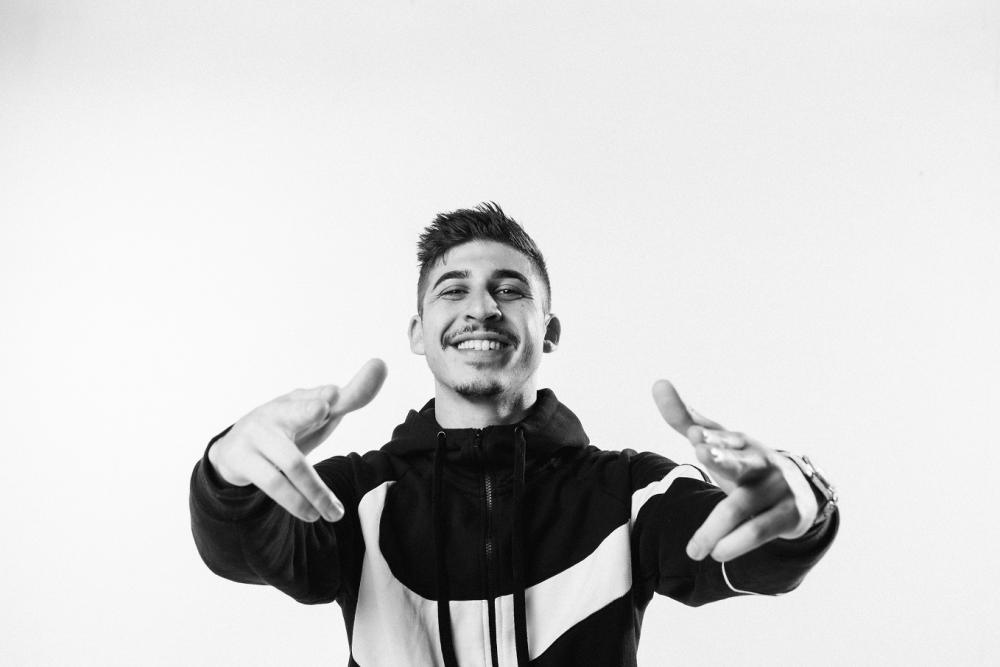 After dropping his hugely anticipated second album ‘The Octagon’, which debuted at #2 on the ARIA Album charts, has remained strong at #2 for its second week, and has over 8 million streams and counting, breakout Sydney rapper Chillinit today announces a massive run of album tour dates across Australia and New Zealand kicking off next month, including a handful of festivals and his debut headline show in London in May.
After selling out his debut The Ashes headline tour (over 8000 tickets) in 2019, and drawing huge crowds at FOMO Festival earlier in January, this tour marks a significant step up in venue size and demand for the Hurstville bred upstart. With over 230k loyal Instagram fans and a reputation for his rampant and energetic live performances, the tickets surely won’t last long.
Fan pre-sale goes live tomorrow, Feb 19th at 9AM AEDT, with general on sale Thursday Feb 20 at 9AM AEDT via chillinit.net. 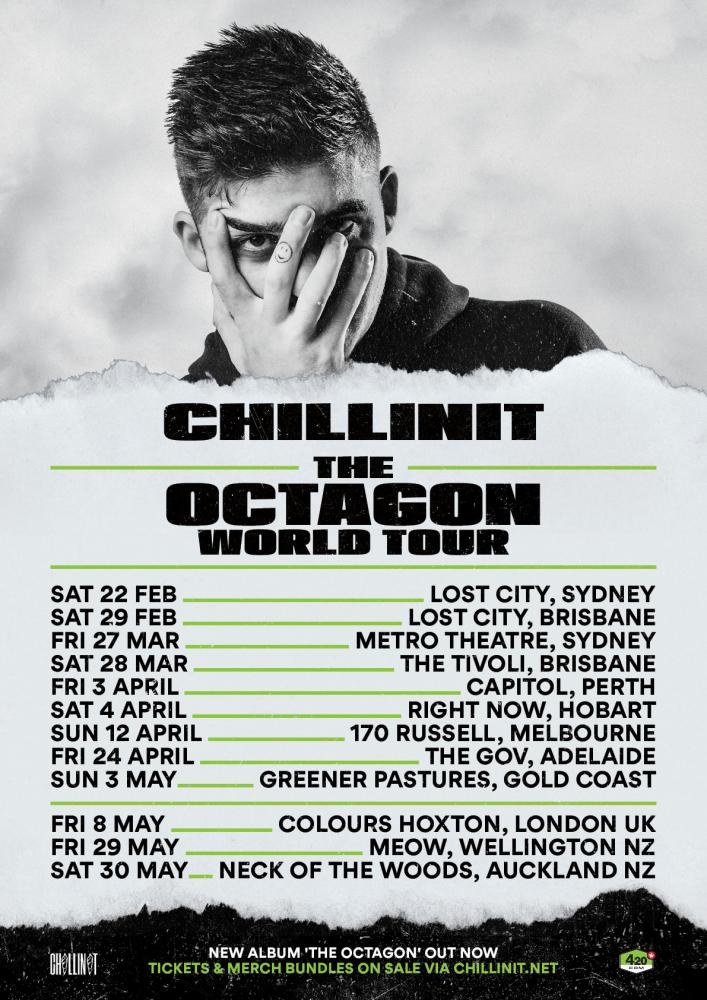