[VOD NEWS] THE GREAT Season 2 To Air On STAN

Stan today announced that Catherine will continue her reign when the second season of Emmy Award-nominated comedy drama The Great debuts 20 November, the same day as the US and only on Stan.

In season two of The Great, Catherine finally takes the Russian throne for her own — but if she thought coup-ing her husband was difficult, it’s nothing compared to the realities of ‘liberating’ a country that doesn’t want to be. She’ll battle her court, her team, even her own mother (played by guest star Gillian Anderson) in a bid to bring the enlightenment to Russia. Meanwhile she’ll also battle her heart as Peter slowly transitions from much-hated husband, to prisoner? Ally? Lover? Ultimately Catherine will learn that to change a country, you must let it change you, that there is a fine line between idealism and delusion, and that becoming ‘Great’, will ask more of her than she could have imagined.

The Great Season 2 premieres 20 November, same day as the US and only on Stan.

Every episode of The Great Season 1 is now streaming. 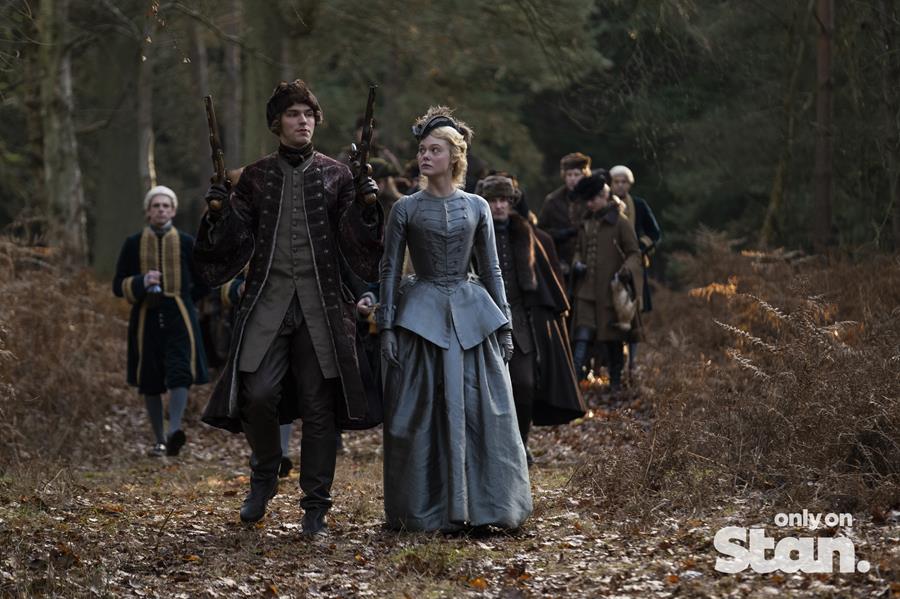 The Great is a satirical, comedic drama about the rise of Catherine the Great from outsider to the longest reigning female ruler in Russia’s history. Season One is a fictionalised, fun and anachronistic story of an idealistic, romantic young girl, who arrives in Russia for an arranged marriage to the mercurial Emperor Peter. Hoping for love and sunshine, she finds instead a dangerous, depraved, backward world that she resolves to change. All she has to do is kill her husband, beat the church, baffle the military and get the court onside. A very modern story about the past which encompasses the many roles she played over her lifetime as lover, teacher, ruler, friend, and fighter. Incorporating historical facts occasionally, the series stars Elle Fanning as Catherine, Nicholas Hoult, Phoebe Fox, Adam Godley, Gwilym Lee, Charity Wakefield, Douglas Hodge, Sacha Dhawan, Sebastian de Souza, Bayo Gbadamosi and Belinda Bromilow.

[TV NEWS] THE GREAT To Air On STAN 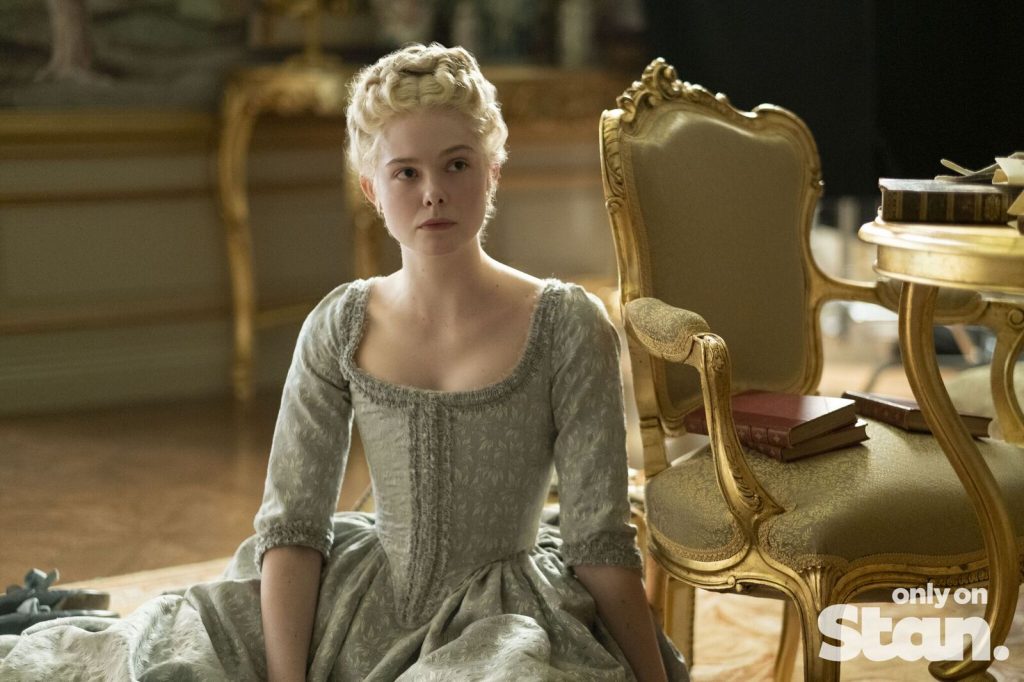 Stan today announced the much-anticipated series The Great from Australian Oscar-nominated screenwriter Tony McNamara (The Favourite) will premiere only on Stan from 16 May – same day as the US.