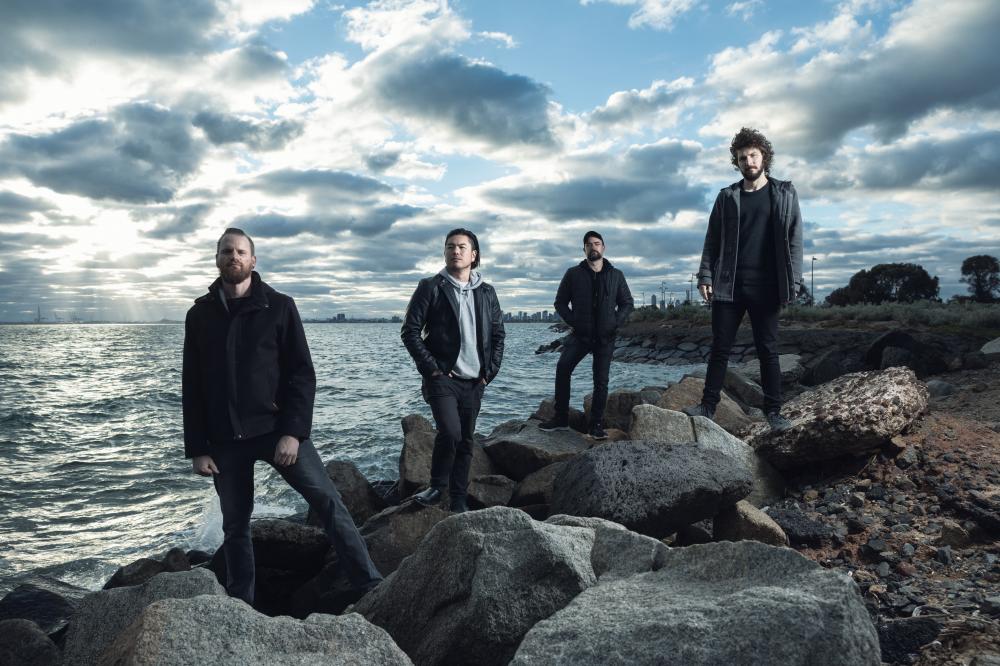 As winter draws closer, so does Melbourne-bred progressive alternative rock juggernaut Circles’monster ‘Winter’ Tour – and today brings with it the announcement of local supports for the Australian leg of the tour. In addition to taking fellow Wild Thing powerhouses Ebonivory along for the ride in Australia, Circles will be sharing the stages with another SIXTEEN local bands across the country. This mega tour just became a string of shows you definitely do not want to miss!Circles’ Australian headline shows in Sydney, Adelaide, Melbourne, Brisbane, Perth, Canberra, Belgrave, and Ballarat are with special guests Ebonivory. Kicking off the Australian run on July 11 at Sydney’s Oxford Art Factory will be Glass Ocean andRed Bee, Tabula Rasa and Wings of Thanatos join the lineup on July 12 at Jive in Adelaide, Melbourne’s show at Max Watts on July 13 will see Rival Fire and Caution Thieves support, Brisbane’s show at The Zoo on July 19 will open with Kodiak Empire and Balloons Kill Babies, Ebonivory will not be appearing at Perth’s Badland’s on July 20 and so Illyria, Verspertine Vescadaand Breed will play support, Canberra’s show on July 26 at The Basement will be opened by Escape Syndrome, on August 2 Belgrave’s Sooki Lounge will play host to the inaugural mini festival ‘Winter Progmania’ headlined by Circles and featuring Ebonivory, Transience, M0DAL1TY and Red Lotus and finally, the ‘Winter’ Tour will find itself in Ballarat’s Karova Lounge on August 3 for the final showdown with Anyone Anyone to round out the tour! Tickets are on sale now at wildthingpresents.com.Circles will be bringing something special to their sets with new musical experiences and throwback material that is sure to please the crowds. The Circles guys are pumped to get the shows on the road. Dave Hunter (Drums) affirms “…It’s exciting to be heading out on the road again, especially in a headlining capacity. It’s great to have the time to delve a little deeper into our full catalogue and play a full set for everyone. There’s some tunes in there that either have never been played live, or haven’t been played in a very long time. So hopefully fans can really get more out of this tour. We’re also really stoked with the bands that are joining us.”
2018 was a watershed year for CIRCLES, releasing their masterpiece album The Last One through Wild Thing Records in Australia/New Zealand and Season Of Mist internationally. Louder said that The Last One was “…very much in a similar fashion to countrymen Karnivool, Circles have crafted a modern progressive tapestry with plenty of wider appeal thanks to songwriting nous coupled with their apparent technicality.” They then joined TesseracT on their Australian Tour in September as special guests. Soon after, Circles jetted off on their momentous return to Europe, touring across the continent with fellow Australian progressive rock trailblazers Caligula’s Horse between October-November, while also appearing at prominent festivals ProgPower Europe and Euroblast. Upon their return to Australia, they dazzled audiences on tour with Dead Letter Circus in December, before mesmerising PROGFEST in January 2019, with memorable performances as the festival’s Australian headliner playing to full houses every night.
Don’t miss Circles on The ‘Winter’ Tour with Ebonivory and these stellar local Aussie acts. Tickets available now at wildthingpresents.com/tickets. 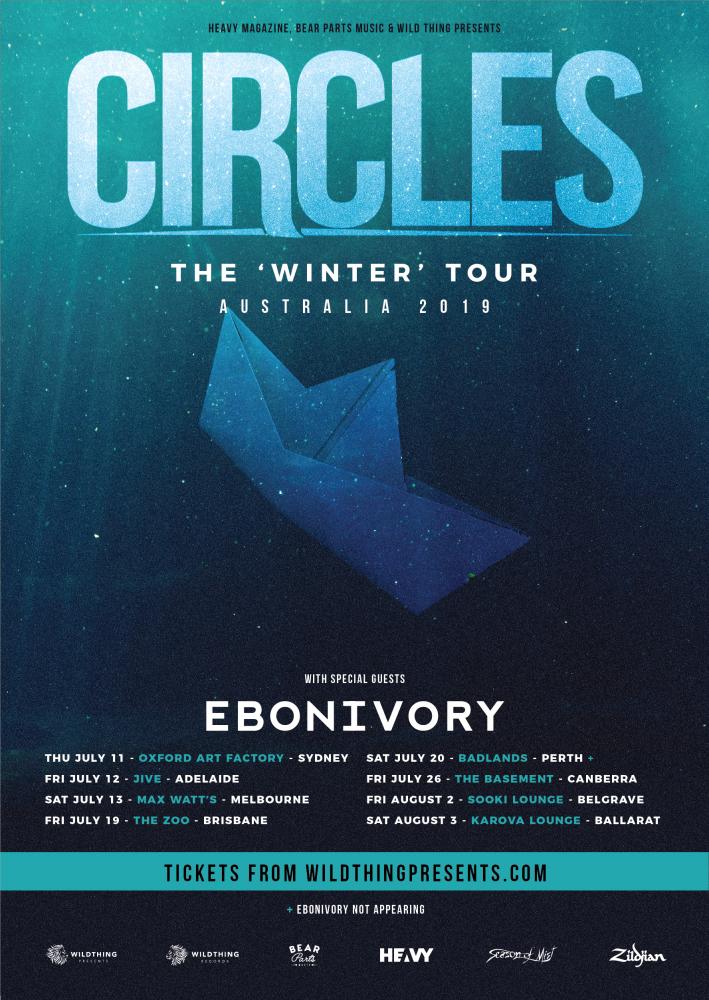