Emerging from lockdown and ready to rock, The Angels have put something special together for their fans, and it doesn’t get any bigger or better than this – “The Greatest Show On Earth”, packed full of hits – and it is expanding to take in Adelaide and the East Coast of Australia!  See dates below.

Kicking off in Adelaide, the birthplace of the band, The Angels are thrilled to confirm that they are also playing shows in Melbourne, New South Wales and Queensland. We’re talking wall-to-wall hits – Am I Ever Gonna See Your Face Again, No Secrets, Take A Long Line, Shadow Boxer, Marseilles, Comin’ Down, After The Rain, Face The Day, Fashion and Fame, Let The Night Roll On, We Gotta Get Out Of This Place, Mr Damage … and more.

As the book The 100 Best Australian Albums points out, “The Angels can lay claim to being Australia’s longest-lasting band.” They have been on the road consistently since 1974 and it took a global pandemic to slow them down.  Now the band is itching to get back on stage and they’re not mucking around!

This is the start of a huge year for The Angels as they celebrate some major anniversaries in 2021. It’s 45 years since the release of their debut single ‘Am I Ever Gonna See Your Face Again’, a song that’s now an indelible part of the Australian culture.

This tour also marks the 10th anniversary of Dave Gleeson joining the band, a position he treats with great reverence. “I’m definitely respectful of the fact that I’m not the creator of the Angels’ sound,” Dave says. “And I’m mindful of bringing that energy that Doc brought to the band. But it’s a real treat for me to be up there blasting out songs that I’ve loved since I was a kid.”

The band will also play the re-scheduled Bluesfest in Byron Bay, 1st – 4th October 2021, an event they are supremely excited about given previous cancellations.

Let The Night Roll On!
This is it folks, over the top!

THE ANGELS’ GREATEST HITS, LIVE IN CONCERT
“THE GREATEST SHOW ON EARTH”

The organisers of Trip The Switch Music Festival are pleased to confirm the first annual event will proceed on the rescheduled date of Saturday July 3, 2021.

The same huge line-up of Australian artists including ICEHOUSE, James Reyne, The Angels, Shannon Noll, Killing Heidi, Boom Crash Opera and Blues Arcadia will all perform on the rescheduled date.

All existing tickets are automatically valid for the new date. Ticketmaster will be in contact with all ticket holders in relation to this rescheduled event.

Trip The Switch organisers apologise for any inconvenience and hope you can join us to celebrate this great line up of Australian artists on July 3, we will continue to work with the Queensland Government Health Guidelines to produce a Covid Safe Event. 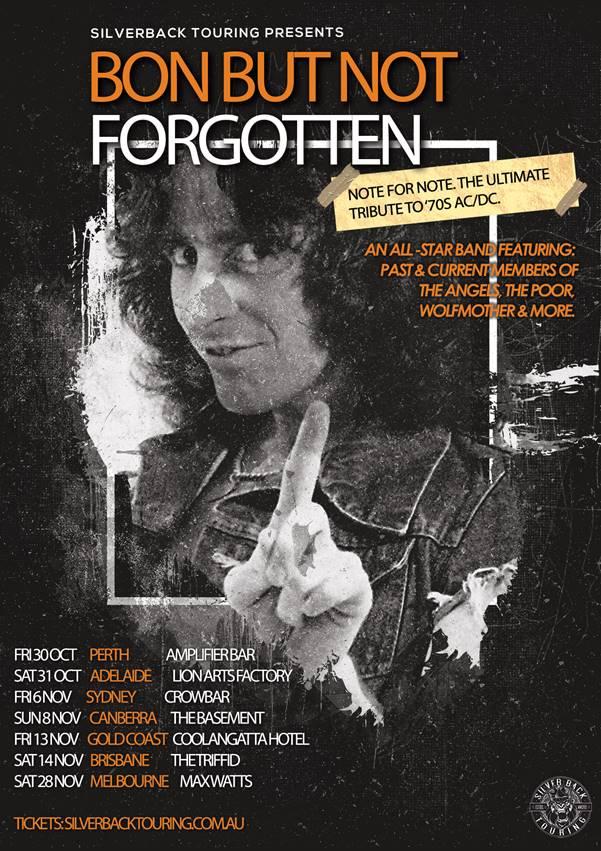 It will definitely be a High Voltage event when Silverback Touring bring you BON BUT NOT FORGOTTEN, the ultimate AC/DC Tribute Act as they head out on a Nation-Wide run of shows this October and November.

This is a super-charged high energy electric band that has featured some iconic musicians from around the world, including artists from: AC/DC, Cheap Trick, Ugly Kid Joe, The Poor, The Choirboys, Jimmy Barnes band, The Angels, The Screaming Jets, Baby Animals, Rose Tattoo & many more!

This show is one of closest sounds you will get to vintage AC/DC, in the world today and is performed by some of the best musicians we have to offer. Silverback Touring are out to re-ignite the live scene and there are plenty of people lining up to take the Highway To Hell. let The All-Star line-up will feature past and current members of The Angels, The Poor, Wolfmother and more… Let There Be Rock! 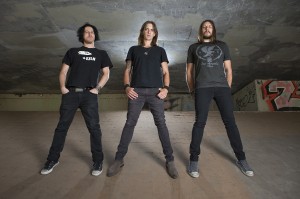