The Good The Bad The Ugly Film Show Episode 55

The documentary screens at The Classic Cinema in Elsternwick from October 27th.

The Songs They Sang To Screen At Classic Cinemas 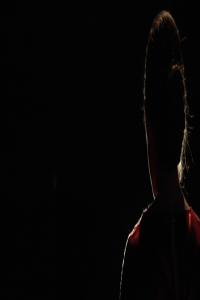 For a limited season, from Sunday 27 October, The Songs They Sang will screen at Classic Cinemas, Elsternwick.

Commemorating the 70th anniversary of the liquidation of the Vilna Ghetto, Lithuania, which occurred on the 24 September 1943, this haunting documentary is a musical narrative of the Vilna Ghetto during the Holocaust. It is both an acknowledgement of the horror encountered on a daily basis within the ghetto and a tribute to the resilience of the human spirit in surmounting this terrible period as survivors recall these songs and the importance of these performances.

The Director’s Cut of The Songs They Sang (94 minutes) tellsthe true story of the musical recitals that took place inside the ghetto during World War II. It explores the resilience of the Jewish people who created art despite shocking persecution and considers the legacy of these songs and the various people dedicated to preserving such music today.

The film centers on two artists, Shmerke Kaczerginski and Avrom Sutzkever and the songs composed by them and others encamped in the ghetto.  Despite incredible obstacles, these artists refused to relinquish their culture and strove to bring hope to a besieged people, who, through these performances, could escape the harsh reality of their lives for a few precious hours.

Now, seventy years later, Australian composer Joseph Giovinazzo has rearranged ten Vilna Ghetto songs and has also written original compositions, some of which are featured in the documentary.

The concert will feature songs created in the Vilna Ghetto and arranged by Joseph Giovinazzo and will be performed by: Deborah Kayser (soprano); Michael Kieran Harvey (piano); Elizabeth Sellars (violin) and Alister Barker (cello).

Renowned Family Therapist, Moshe Lang, who has spent the past four decades working with Holocaust survivors and their families, will also launch The Songs They Sang CD at the concert.