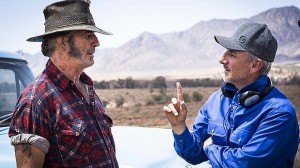 Wolf Creek 2 has been invited to premiere at the 2013 Venice Film Festival for an out of competition midnight screening.

“I’m absolutely thrilled that Wolf Creek 2 has been selected to screen at one of the most prestigious film festivals in the world” said Director, Greg Mclean.
“Presenting our film to an international audience ahead of the Australian release will not only be a great honour, but also a great way to experience how this very Australian movie plays to a global audience. My hope is it will be embraced for being every bit as entertaining, controversial and compelling as the first movie.”

Actor, John Jarratt who once again steps out as the hauntingly sadistic Mick Taylor said “It’s very rare for a film festival to accept a sequel, unless it’s exceptionally high quality. This is a wonderful endorsement of our great film.”

The Venice Film Festival is the oldest international film festival in the world and takes place annually on the island of the Lido, Venice.

Trapped in a bloody battle of wits with sadistic serial killer Mick Taylor, a fresh group of unsuspecting backpackers find no mercy in this terror-filled sequel to Wolf Creek. His irreverent attitude towards human life has escalated to a sadistic new level, more terrifying than ever, will anyone escape this gruesome game or has the nightmare only just begun?

Wolf Creek 2 will be released in Australia on the 20th of February 2014 by Roadshow Films. International sales are being handled by Arclight Films.