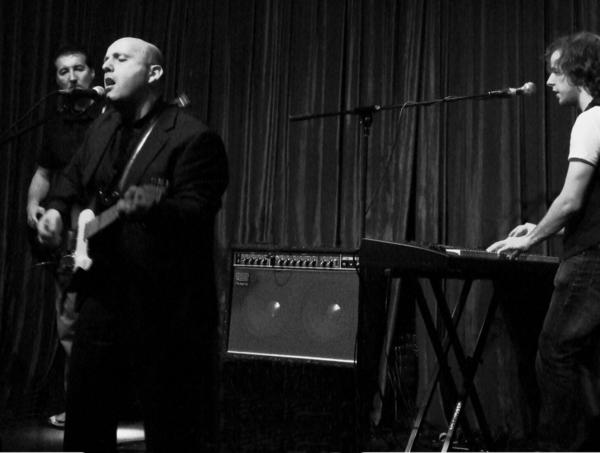 When you listen to Victor Stranges’s brilliant new album ‘Hello Me To You’ you get the feeling that he is what is best described as ‘musically educated’ so it’s hardly surprising when I ask him who his influences are he answers ‘Any writer that has added to the richness of the popular song form is what is most exciting about music to me. People like Bob Dylan, Tom Waits, Brian Wilson, Tom Petty, Bruce Springsteen, Patti Smith, Elvis Costello, David Bowie, Lou Reed, Larry Norman and Ray Davies. I know some of these writers have been thrashed on radio and various media over the years but they have truly made a difference in my opinion.’

Aside from this wonderful release Victor also plays live with Victor Stranges & The Methinks, so what does he play and who are The Methinks? ‘I play a few instruments. I have played drums for many years and I play rhythm/lead guitar (main emphasis on rhythm!). In the last 2 or 3 years I have taught myself piano and I have found it useful for writing too. I also play bass. The band is a four piece, made up of Darren Aquilina on drums, Alex Reoch on bass, Matt Swanton on keyboards/backing vocals/guitar and myself on guitar and lead vocals. The band is a live project but will possibly record together in the near future. ‘

With such an interesting name I couldn’t help but ask where the name The Methinks came from. ‘I’d like to have an interesting story about the origins of our name but methinks it just popped in my head. The band has had a couple of incarnations over the years. We were a three piece in the late 1990s and we called it a day in about 2002 when we released our first album, Heading Back To You. The new line up occurred in 2008 when I was recording a new album at my home studio. I figured I wanted to play these songs live so I contacted Matt who played with me in a retro rock ‘n’ roll band a couple of years earlier. It sort of developed from there. Matt co wrote one track on the album and played on one or two tracks. I met Alex through a Melband ad and we had a lot of musical common ground. He is English so we loved the same bands like The Smiths, Pretenders, a lot of unknown U.K. bands from the late 1970s. Darren was the last piece. I hadn’t seen him for a few years but I twisted his arm and he was back in.

There is no way I could put Victor’s beautiful sound into words so I let him describe his sound. ‘We are a rock band with some heavy leanings towards a late 1970s/early 1980s sound. Lots of classic guitar sounds, piano, organs and the occasional cheesy synth. We love to use harmonies where we can. I grew up eating the Elvis Costello Singing Dictionary (both volumes) for breakfast, lunch and dinner. I suppose we invest a lot of emotion in the songs whether they are slow or fast.

If you want to check out where Victor Stranges & The Methinks are playing next so you can grab a copy of this great album, make sure you check out www.myspace.com/victorstranges.