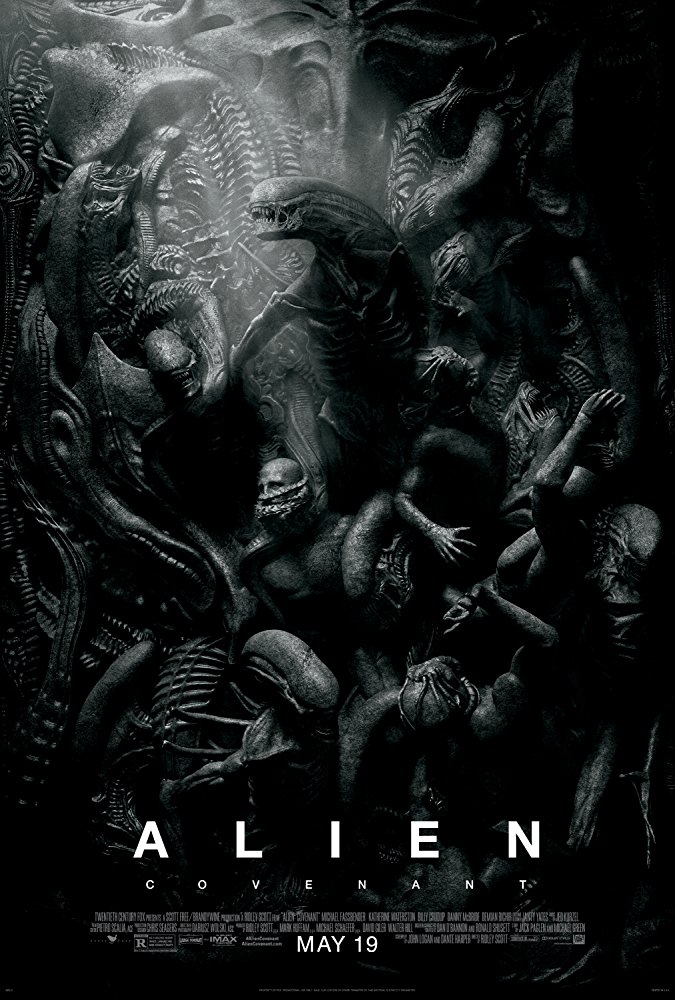 Summary: The crew of a colony ship, bound for a remote planet, discover an uncharted paradise with a threat beyond their imagination, and must attempt a harrowing escape. 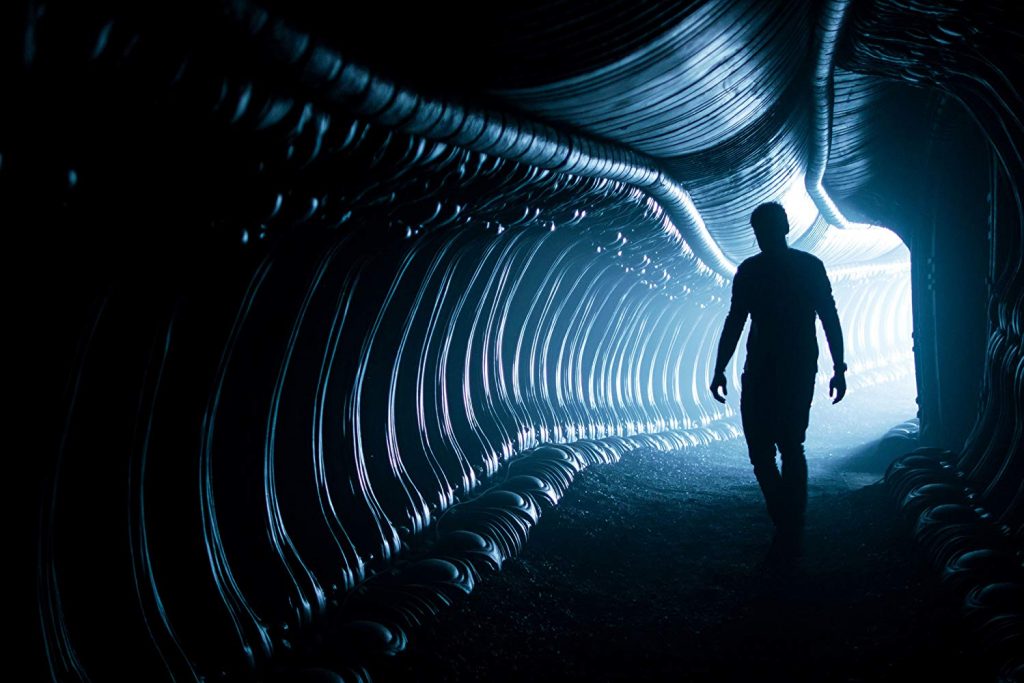 2012 saw the release of Prometheus, the first prequel in the Alien franchise and Ridley Scott’s return to the series following the original Alien (1979). It followed the ill fated crew of the unfortunately named ship Prometheus on its expedition into deep space to search for the possible  origin of mankind based on cave drawings of “Engineers” discovered worldwide by archaeologists including Elizabeth Shaw (Noomi Rapace). Several mishaps, sabotages and terrifying discoveries later, such as the team in reality discovering they were on some sort of weapons testing planet or the revelation the entire mission was in fact a means for the team’s extremely elderly benefactor, himself on board, to ask the Engineers to prolong his life. At the end of the film the entire team was wiped out and the mission a failure. The only survivors being Shaw and the severely damaged cyborg David (Michael Fassbender) on Shaw’s insistence set off to continue the search for answers and to discover the Engineer’s true home world.
Alien Covenant set 10 years after the disappearance of the Prometheus follows the crew of the Covenant, ship carrying 2000 colonists plus embryos on its way to populate a new world. A signal is picked up during repairs after a catastrophic event which awakens the dozen or so crew members from hypersleep (and kills the captain), not wishing to go back to sleep they decide to investigate the source of the signal. The planet does not turn out to be as welcoming as they had hoped and the crew come across David who had been busy.
Reaction to Prometheus was mixed to say the least, this seems to have influenced the filmmakers and the direction of the series hugely. Rather than follow on as a more direct follow up to Prometheus Alien a Covenant for the most part throws everything out the window and presents us with something more akin to a remake of Alien & Prometheus than simply a follow up to the latter.
The one almost universally liked thing about Prometheus was the creepy performance of Fassbender in the role of the android David. Now I’ll agree that he was one of the. Eat parts of the film but that doesn’t mean they should have made the entire next film about him at the expense of literally everyone else. Also what’s better than one creepy Fassbender androids? Two of them of course.
This is made worse by the way the filmmakers apparently haven’t really learned from the failings of the previous film. We don’t care about any of the characters in this film as they’re slowly picked off one by one. They’re nothing but fodder and their bizarre frankly suicidal behaviour, itself drawing the ire of fans last time, is still present here. These people invite death upon themselves because that’s what we the audience are apparently there for.
Another smart move from Prometheus this film corrupts is that the filmmakers realised that as iconic as H. R Giger’s Alien designs are they’ve largely been run into the ground or parodied to death for the last 30+ years. Fans may still eat it up but to much of the audience Giger’s Alien is now about as scary as Boris Karloff’s Mummy after Laurel & Hardy were done with him. The alien egg no longer has the mystery or horror about it that it once did, now it’s just as predictable as a jack in the box.
I’ve heard this is a “return to form” for Ridley Scott but that’s only in the most literal way as he has created something which feels like a cheap (though much more expensive) imitation of a movie he made almost 40 years ago. Alien Covenant comes off as a soulless attempt to cash in on a long dry idea. The new ideas Prometheus did well to establish this fails to take advantage of instead attempting to rehash what Alien (1979) did well which doesn’t work anymore.

This week on That’s Entertainment Dave Griffiths joins Ed Phillips to chat about new films King Arthur: The Legend Of The Sword, John Wick: Chapter 2, I Am Heath Ledger and The Salesman.

This week on That’s Entertainment Dave Griffiths joins Ed Phillips to chat about new films Snatched, Alien: Covenant, The Zookeeper’s Wife and Get Out. 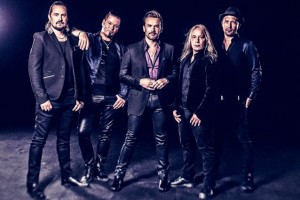 Finnish hard rockers Brother Firetribe are back with a brand new album titled Sunbound. Dave G sat down with frontman Pekka Heino to find out about some of the more heartfelt aspects of the album and we ask whether there is any chance of the band touring Australia any time soon.

You can listen to or download our Brother Firetribe interview right here. 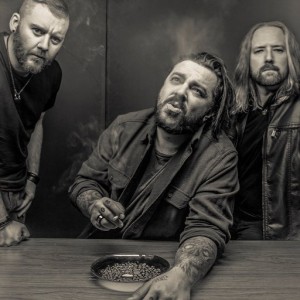 American hard-rockers Seether return on the 12th May with their brand new album – Poison The Parish. Dave G sat down and had a chat with Dale Stewart about some of the inspirations behind this album and also about the heartfelt Rise Above Fest which Seether will perform at in July this year.

You can listen to or download our Seether interview right here.

With Entombed A.D. about to embark on their Australian tour Dave Griffiths caught up with LG. Petrov to see what Australian fans have in stall for them… and we discover that they may do a little bit of bar hopping.

You can listen to or download our Entombed AD interview right here.

Tickets Are On-Sale now for the Entombed AD tour: www.hardlinemedia.net 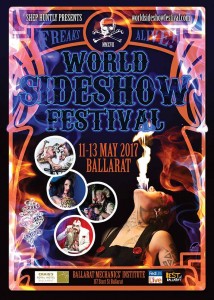 Ballarat is about to become the center of the sideshow world for one week in May. On May 11th 12th and 13th fans from around Australia will be treated to a series of theatrical shows that can only be described as the best of the best.
Sideshow is best described as extreme or unusual circus and in the last 20 years it has developed depth, theatricality and a world wide following. The best sideshow artists from Australia and around the globe are about to converge on the Ballarat Mehanics Insititute for three night of shows.
Canadian duo The Monsters of Schlock will perform in Australia for the very first time in what will be an exclusive performance for the World Sideshow Festival.
The Headmaster of the world’s longest running sideshow company Pain Solution will be arriving direct from Norway for a very special hour of sideshow stunts.
Wild Women of Sideshow  will feature artists from Germany, England and Australia. These are certainly some of the strongest and strangest women on the planet. Strong women, Simi Capelli will rip a phone book apart while dancing gracefully on roller skates.
The League of Sideshow Superstars was the outright hit of last festival and they return this year with a new cast a new stunts. They hold fourteen Guinness world records between them and some of these will be recreated or maybe even broken during the show.
For the first time The World Sideshow Festival will be putting on a children’s matinee performance. The Silly Circus Sideshow; this show is specifically tailored for primary age children and features nothing scary. It focuses on silliness and celebration. There is a flea circus and foot juggler and bubbleologist and the hit of the Melbourne International Comedy Festival, Ballarat local Patrick Bath with excerpts from his kids comedy, Potty Mouth.
All the artists will showcase their strange and unusal skills in a Grand Opening Night Cabaret on Thursday the 11th of May. Festival director Shep Huntly said “On Thursday people can see all the acts doing a few minutes each and decide what you’d like to see over the weekend”.
Dave Griffiths caught up with one of the performers at this year’s festival Pat Bath to talk about the festival. You can listen to the interiew right here.
Individual shows cost $30-$35 or you can get one show for free by buying a festival pass for $145. All information and tickets are available at worldsideshowfestival.com
World Sideshow Festival
11 – 13 May
Mechanics Institute
117 Sturt Street Ballarat
Tickets via www.worldsideshowfestival.com 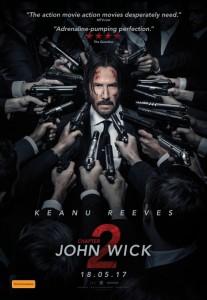