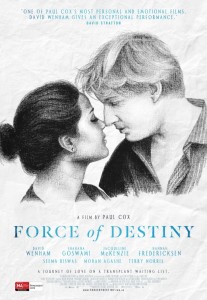 Force Of Destiny will have its international premiere at the Melbourne International Film Festival.

You can view the Force Of Destiny trailer below.

The boys also take a look at a few of the films screening at this year’s German Film Festival. 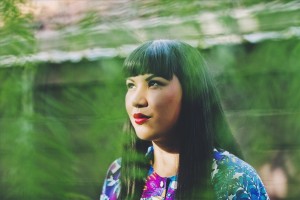 Perth singer Bernardine has just launched her debut self titled album and it is taking the Australian music scene by storm. Subculture Entertainment’s Dave G decided to have a chat to Bernardine about her amazing musical career to date and exactly what has inspired her to write her new tracks.

You can listen to or download our Bernardine interview right here. 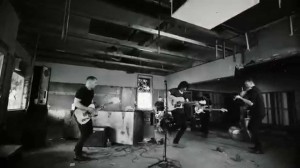 It has been a huge past few years for The Settlement and now they are back with a fantastic new single called The Feast. To talk about what went into making the video clip for The Feast and what we can expect on their breand new album (out later in 2015) Subculture Entertainment’s Dave G caught up with Adrian to deliver his The Settlement interview.

You can download or listen to our The Settlement Interview right here. 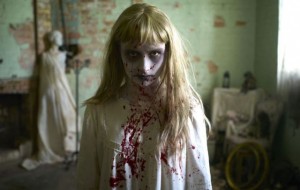 Jumpgate VR, in collaboration with Cyan Films, have created a virtual reality experience for the upcoming Cairnes brothers feature, Scare Campaign – the first time an Australian feature film has used the technology to engage fans. A 90-second teaser trailer has just been released for “Scare Campaign: The VR Experience”, which is available via Jumpgate’s official website and showcases the immersive 3D world designed to capture the feel of the film and give fans a taste of what to expect.

“Scare Campaign: The VR Experience” stars Olivia DeJonge (The Visit), who plays a ghost girl in Scare Campaign, the Colin and Cameron Cairnes film about a horror-themed TV “prank” show’s attempts to stay one step ahead of its nihilistic online rivals. The virtual reality short film follows Olivia haunting the derelict interiors of the Beechworth Lunatic Asylum in Victoria and was filmed on location during the feature shoot in February.

The teaser trailer was launched in time for the 2015 Cannes Film Festival market, where Scare Campaign producer Julie Ryan will be in attendance. “When I was introduced to the VR technology earlier in the year I was incredibly excited to work with Jumpgate” Ryan commented, “I wanted to see how we could marry the elements of our horror world with their new 3D virtual world and the results are incredible, I have to admit to screaming my way through the 90 second teaser!”

Virtual Reality (VR) has been receiving plenty of hype and attention at festivals, notably this year’s Sundance Film Festival. VR provides the viewer with an immersive and personal experience and is becoming more readily accessible, with technology such as Google Cardboard, Samsung Gear or Oculus head-mounted displays currently available. Jumpgate Managing Director Anton Andreacchio commented “To be able to support a great Australian film in such a cutting edge space is really exciting for us. We’re working on VR projects in infrastructure and events but it was fantastic to be able to collaborate with creative talents who are really keen to push the medium and explore new ground in entertainment.”

“The entire Scare Campaign team was really great to work with” remarked Jumpgate Head of Production Piers Mussared. “Julie’s energy for the project, Colin and Cam’s enthusiasm for the platform as a future story-telling medium, and Olivia’s fantastic performances meant we were able to develop some really fun and interesting concepts to complement the feature film”. As well as the VR teaser, the Scare Campaign production team has also just released a ‘Reactions to Scare Campaign VR clip’, a video that shows audience reactions to the short in a bid to further build hype and excite fans.

Scare Campaign is the second feature film from Colin and Cameron Cairnes and along with Olivia DeJonge, also stars Meegan Warner (Turn, The Veil) and Ian Meadows (The Moody’s, The Pacific) in lead roles. “We have assembled a formidable cast” comments director Colin Cairnes “and the film will be packed with jolting scares and suspenseful set pieces.” “Scare Campaign: The VR Experience” will be available to audiences in late 2015.