Summary:  Follow a group of children who are evacuated Krypto the Super-Dog and Superman are inseparable best friends, sharing the same superpowers and fighting crime side by side in Metropolis. However, Krypto must master his own powers for a rescue mission when Superman is kidnapped.

DC League of Super-Pets is the animated family film we’ve all been waiting for, one which finally introduces Superman’s superdog! Everybody needs a best friend and Superman’s is Krypto (voiced by Dwayne Johnson), a canine who travelled all the way from Krypton with Supes and has thus all the same powers….except he’s a dog. When one of super villain Lex Luthor’s plans goes awry it results in several rescue animals inadvertently receiving incredible super powers. Chip the squirrel (Diego Luna) receives electro abilities, PB the pig (Vanessa Bayer) can change sizes, Merton the turtle (Natasha Lyonne) becomes super fast and their leader Ace the dog (Kevin Hart) becomes super resilient. Unfortunately for the city of Metropolis Luthor’s former test guinea pig the evil Lulu (Kate Mckinnon) has herself gained the power of telekinesis and plans to use it to capture the Justice League and enslave humanity! With Krypto struggling to come to terms with trusting anybody other than his beloved owner he must learn to rely on these four-legged superhero friends to help him save the day.

I think we can say without a doubt that Marvel won the cinematic universe rivalry with flying colours while DC’s exploded on the launching pad. However something I’ve appreciated from DC is the variety they have taken with their films, for how adult films like 2019’s Joker was there have been child orientated films like Teen Titans Go to the Movies which while clearly made for a younger audience still featured many in jokes which adult fans of the comics can appreciate. The idea of superhero animals may seem completely out of the blue just to make a kids film but almost all of these furry characters are in fact deep dives from the comics or were directly inspired by specific stories.

The director/writer team of Jared Stern and John Wittington who previously worked as writers on The Lego Batman movie bring the same high energy rapid fire humour which made that film such a hilarious success. A decidedly sillier look at the DC universe it’s humour lands more than it misses and children undoubtedly will have a ball with the slapstick comedy on screen.

I actually found the storyline of Super-Pets to be interesting if a little dumbed down and cliched, it is a kids film after all. Much of the plot revolves around the animals love for their humans and their need to protect, please or find an owner in the absence of one. Krypto’s personal issues with Superman & Lois Lane’s growing relationship and his fear of being pushed aside, Ace’s unfortunate history which led to him being in a rescue shelter and even Lulu’s motivations largely stem from her adoration of Lex Luthor despite being his literal lab test guinea pig. Super-Pets does a better job at introducing and making us care about this heroic league than even the Justice League film accomplished.

None of this would mean anything if it wasn’t for the talented voice cast behind it all. On one hand animated films can rely a little too much on stuntcasting as many big names as possible but here I find even some of the more outlandish casting works such as Keanu Reeves as Batman, something we’d never see in live action. McKinnon, Lyonne, Bayer & Luna are all perfectly cast in their respective roles and make each character pop. Headlining are the duo of Johnson & Hart who prove that even in voice over form the two have incredible chemistry together and I have to say I am happy to see Kevin Hart not typecast here in some ‘little guy’ role.

While I find myself disliking the more light hearted aspects of many superhero films nowadays I ironically love superhero kids films. For example where quips and attempts at breaking the tension hurt the recent Thor: Love & Thunder, DC League of Super-Pets delivers a fun and exciting take on the world of comics without the pretence of it ever being serious in the first place. Kids unfamiliar with the source material, die-hard fans and animal lovers alike will all find plenty to appreciate here.

Summary:  Three generations of women fight back against those who could take everything from them.

People who have only just discovered my reviews over the past twelve months will probably think that I am the kind of person that loves films that are obscure and arty… and they wouldn’t be wrong. But I am also a very big cult genre film lover as well. I’m the kind of person that buys a season pass to a festival like MonsterFest simply because I don’t want to miss anything that screens there. Keeping that in mind and given my love for films like Baby Driver and the work of Quentin Tarantino there was always a good chance that I was going to like Gunpowder Milkshake.

From Israeli born cult film maker Navot Papushado (Rabies) Gunpowder Milkshake is a film that I enjoyed so much that I decided to watch it twice before it had even been released in Australia and to be honest I have shut up about it since I watched it.

It centres around deadly assassin Sam (Karen Gillan – Guardians Of The Galaxy) who does every dirty job that her employer – the criminal organisation known as The Firm – tells her to do. That loyalty comes from the fact that The Firm’s head honcho, Nathan (Paul Giamatti – Cinderella Man), took her under his wing after her own mother, Scarlet (Lena Headey – Game Of Thrones), abandoned her.

Now though Sam finds herself on the run after killing somebody she shouldn’t have. That leaves her trying to protect the life of eight year old (sorry eight and three quarters) Emily (Choe Coleman – My Spy) while turning to Scarlet’s mentors the mysterious group known as The Library – Anna May (Angela Bassett – Black Panther), Florence (Michelle Yeoh – Crazy Rich Asians) and Madeleine (Carla Gugino – Watchmen) – for help.

For me Gunpowder Milkshake has the perfect mix of style and substance. Papushado creates a noir look throughout the film that mirrors what we have seen previously in films like Baby Driver and Drive but is also skilled enough to give this film its own edge. With movies like John Wick and Nobody surfacing over the past few years the only way a director can make an ultra violent film like this and do things a little bit differently is to be creative with their fight sequences and it is here that Papushado comes to the fore.

The fight sequences in this film are creative and memorable. Yes, despite the flood of these types of films recently Papushado comes up with creative ways to kill and maim people while still making the plot viable and better still having the audience warm to Sam and of course The Library.

I’m sure I am not alone when I say that I ended up becoming so interested in the characters in this film that I started to plot ways the franchise could continue. Of course I would love to see a sequel but I also feel this franchise could benefit from a prequel that shows a younger Scarlet first teaming up with The Library. Yes despite the brilliance of Karen Gillan throughout this film, and she truly is amazing, it is Angela Bassett and Michelle Yeoh that steal the show. If a prequel was made about their characters then I would be one of those people yelling “shut up and take my money.”

The star here though is Gillan and she does enough in Gunpowder Milkshake to warrant the term ‘action star’ to be added to her resume. She delivers a powerful performance here and is well supported by young Chloe Coleman who continues to show why she is one of Hollywood’s next big things. Then there are the scenes between Gillan and Headey which again added a whole new element to the film.

If you don’t like graphic violence then Gunpowder Milkshake is not the film for you – if you do then you are in for a treat. With a serviceable plot, a noir feel and female leads putting in memorable performances this is a film that is going to wow you from start to finish.

If you are an action buff then you are going to want to see Gunpowder Milkshake, after all our very own Dave Griffiths has just called it one of the films of the year! Want to see it now? Well Studio Canal and HEAVY Cinema may just have something for you.

Starring Lena Headey and Karen Gillan Gunpowder Milkshake feels like the kind of movie that Quentin Tarantino would surely embrace, and now thanks to Studio Canal we have some double passes to the film giveaway.

For your chance to win simply go to the Subculture Facebook page and private message us the word ‘Milkshake’. 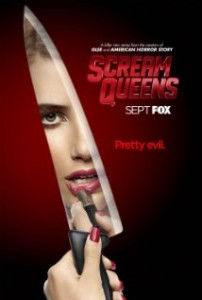