[VOD NEWS] THE COMEDY STORE To Air On STAN 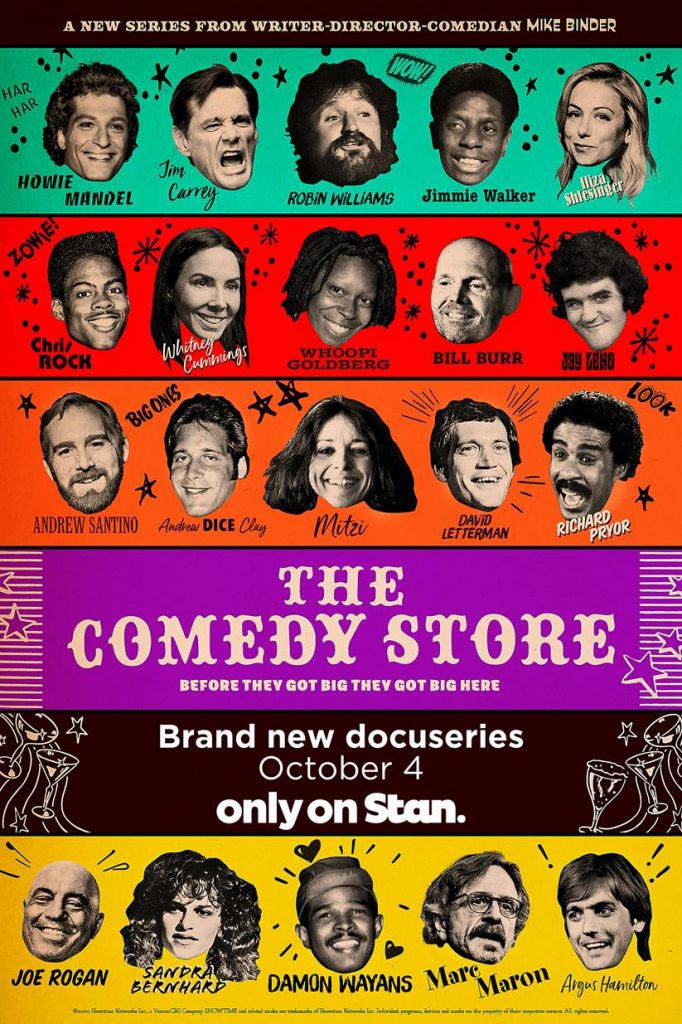 Stan has today released the official trailer and key art for the brand new docuseries The Comedy Store, a five-part series chronicling the evolution of comedy from within the walls of the legendary L.A. club. Directed and executive produced by Mike Binder (The Upside of Anger, Reign Over Me), who started at the Store as a doorman before rising to main stage performer, and executive produced by Oscar® nominee and Emmy winner Mike Tollin (The Last Dance), the series premieres on Sunday, 4 October, only on Stan.

To watch and share the trailer, go to: https://youtu.be/doxCmHUd4Uw

As a Comedy Store alum, former stand-up comic Binder spotlights one of pop culture’s great laboratories that forever changed comedy and, for many, provided a launching pad to stardom in film and television. Legions of legendary performers cut their teeth doing stand-up at The Store on Sunset while being mentored by the tough but nurturing gatekeeper Mitzi Shore. Loved by most, hated by some, but always garnering their respect, Shore, says Binder “…changed the way comedy was presented. The Store is her legacy. It’s the epicentre of stand-up comedy in the world.”

The Comedy Store premieres on Sunday 4 October, only on Stan and same day as U.S. 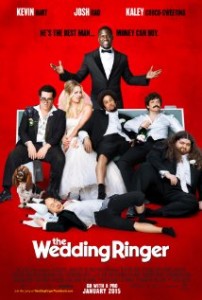 Summary: Doug Harris (Josh Gad) thinks he has scooped the lottery. After years and years of being considered as a loser to all those around him he has now shown everybody by not only making it in the finance world but somehow managing to not only get the very good looking Gretchen Palmer (Kaley Cuoco-Sweeting) to date him but now she has said yes to his wedding proposal. Yes, everything is looking up for Doug, except he goes and causes a massive amount of stress by lying about how many friends he has, when secretly he has none at all.

Now Doug’s lie is haunting him because Gretchen and her over-zealous gay wedding planner Edmundo (Ignacio Serricchio) are eagerly wanting to meet all his friends so they can be prepared to become groomsmen. As he panics to what will happen if Gretchen discovers they don’t exist Doug is forced to hire Jimmy Callahan (Kevin Hart), the wedding ringer extraordinaire who for the right amount of money can be your best man and provide you with the wedding you need to keep your loved one happy.

OUR THE WEDDING RINGER REVIEWS & RATINGS:

Kevin Hart! The name can spring fear into fans of good comedy. After all this is a man over the years who has turned out some pretty questionable film roles… yes to be honest he deserves to be included in the same sentence as Adam Sandler or Chris Rock. For that reason there is always a little bit of trepidation when you are heading into a Kevin Hart, chances are it’s going to be ordinary, but then occasionally along comes a surprise like The Wedding Ringer which actually turns out to be a pretty decent comedy… as long as you like your comedy a little out there like with films like Horrible Bosses or The Hangover franchise.

Yes there are times you are going to feel guilty laughing at The Wedding Ringer, a small part of your brain will tell you that you shouldn’t be laughing at something as juvenile as a dog becoming attached to somebody’s genitals in a Bucks’ Night prank gone wrong or that you shouldn’t be chuckling at a poor unfortunate person with a speech impediment, but the larger part of your brain will overcome that little voice and whether you want or not you are going to find yourself laughing out loud to this film… largely because the screenwriters get a lot of things right.

One of the biggest problems with comedies over the past few years has been that the main characters haven’t been likable. That certainly isn’t the case here. Doug maybe a loser, but he’s still a nice guy and he’s the kind of guy that you want to see succeed so instantly you start rooting for him, the screenplay (which was put together by director Jeremy Garelik and Jay Lavender) also sees the character of Jimmy be presented in a likable light as well. A lot of films would have had him labeled as a shyster but here he seems to embrace the job as a wedding ringer because he is making people happy. He’s funny, caring and as we see later on has a softer side so what isn’t there to like.

Sure there are some parts of this film that are extremely predictable, I mean anyone who has watched a comedy over the last decade will work out where the Gretchen’s feeling for Doug storyline is heading before the film ever gets there, but Garelick (who is a debut feature director) also manages to throw in enough side-stories and surprises to keep his audience on their toes. Having said that though, some sequences such as the football game are over long. The biggest problem for this film should have been convincing the audience that someone that looks like Gretchen would ever date a loser like Doug and even that is well and truly explained for the naysayers.

Now let’s get down to the jury decision on Mr. Hart himself. Hart is actually okay in the role of Jimmy/Bic but to be honest his delivery still needs a lot of work. At times he mumbles or speaks so fast that the audience is left scratching their heads and wondering ‘what the hell did he just say?’ Luckily Josh Gad steps up to the plate and is actually manages to take a lot of the laughs away from Hart, whether it be through an old style slapstick laugh or a well delivered line. Gad like Hart hasn’t always delivered comedy gold but here he is more than serviceable. Kaley Cuoco-Sweeting doesn’t do too much away from her Big Bang Theory persona, but another television ring-in, Jorge Garcia (known to many as Hurley from Lost) steals the show with one of the funniest lines in the film (the last final line before the credits), while Ken Howard also manages to steal a laugh or two as he plays the very politically incorrect Ed.

The Wedding Ringer is very much a guilty pleasure. It is the kind of film that serious film buffs will never admit they had a chuckle to because it is expected they wouldn’t like it, when really they were laughing out loud just like the rest of the audience around them. The Wedding Ringer is outrageous but does have a touching side as well and it does more than enough to be labeled a passable comedy.

Greg King: You can check out Greg’s The Wedding Ringer review on www.filmreviews.net.au

Other Subculture Entertainment The Ringer reviews: You can also read our review on The Book The Film The T-Shirt.