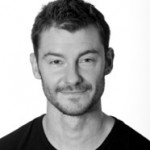 Adam has worked in the video industry for ten years, he has decided (for our benefit) to stop squandering his encyclopaedic knowledge of film on the average ‘Blockbuster’ patron and has taken up refuge at The Aristocrat.

His love for film was expanded exponentially when he watched a VHS tape of David Fincher’s Fight Club at a friend’s party. He asked if he could borrow the tape overnight, he then went home and watched the film three times back-to-back; that was ten years ago. It was at this moment that he realised films where things to be debated, marvelled at and studied.

Now, his main objective is to pass on the passion of film to others; to change people from apathetic sheep in the candy bar to ravenous cinephiles who await quality cinema, across all genres. Adam is The Aristocrat’s straight man (in more than one context). Adam is a member of the Australian Film Critics Association and you can also find his reviews on www.rottentomatoes.com