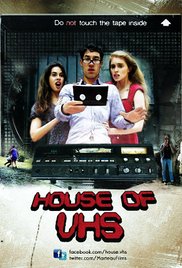 Summary: Six young people find an old VCR in an abandoned French house. The machine turns out to be magical… or is it cursed?

OUR HOUSE OF VHS REVIEWS & RATINGS:

If you are looking for something entirely different to anything else around at the moment then you may want to check out new horror film House Of VHS. Coming from French director Gautier Cazanave House Of VHS goes back to the good old days when directors like Peter Jackson were shooting delightful little shlock horrors.

The weekend starts as you would normally expect – most of the guys are planning which girl they are going to try to get into bed which leads to tension between them. Things change though when The Australian Guy decides to educate the group on the beauty of VHS and they learn the powers of the supernatural device.

It sounds like an absolutely crazy idea but House Of VHS works. Early on you do find yourself wondering where the film is going to head but once the abilities of the VHS are shown the film goes to a whole new level. While the film does at times attempt to head into the comical side of things it is at its best when it sticks to its guns and stays a schlock horror that leaves you wondering which of the characters are going to survive and which are going to meet a grizzly end.

While not knowing who is going to live or die does play a big part of building the film’s suspense what really rises to the top and makes this film so thrilling is the audience trying to work out exactly what the VHS machine is capable of. While the idea that it can ‘breed’ VHS tapes together to create new films is interesting enough the film takes a very different turn when you realise the ‘horrific’ power of the machine… and the fact that the youngsters are stupid enough to start experimenting with the powers by putting themselves into movies.

Acting wise you get what you normally expect from a horror film like this. Nobody is going to win any awards anytime soon but the cast do the best with the material at home. Isabel McCann does brilliantly well as the most serious of the youngsters while Petur Oskar Sigurdsson does a great job playing a naive and rude American… especially considering he was cast in the film at the last minute.

As a director Gautier Cazanave takes his love of VHS and old-style horror films and creates a modern day horror that is going to have horror fans wanting to track down a copy of the film… just perhaps not on VHS. House Of VHS is a film that is going to be lapped up by lovers of good schlock horror and this is destined to become a cult classic.

Subculture Entertainment’s Dave Griffiths joins Ed Phillips on Living Fresh With IGA to talk about all the latest movie news and reviews. In this episode Dave talks about Sully, Bridget Jones’s Baby, Pete’s Dragon, Storks and Secret Life Of Pets.

You can listen to the show right here. 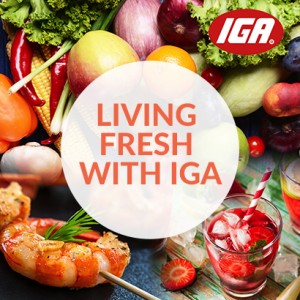 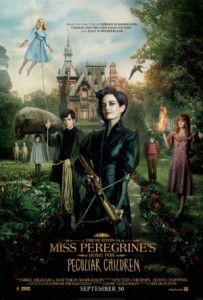 Summary: When Jacob discovers clues to a mystery that spans different worlds and times, he finds Miss Peregrine’s Home for Peculiar Children. But the mystery and danger deepen as he gets to know the residents and learns about their special powers.

Tim Burton fans it is time to rejoice because the man of creepiness is back with a film that once again sees him using his creative genius to full effect. The last few years has seen Burton serve up films like Big Eyes and Dark Shadows – films that to be honest have been a waste of his talents. With Miss Peregine’s Home For Peculiar Children though Burton once again lets his creativity come to the fore as he delivers a film that is visually appealing and brings some ‘older’ special effects back to life.

Based on a novel by Ransom Riggs Miss Peregine’s Home For Peculiar Children centres around Jake (Asa Butterfield – Ender’s Game) an unpopular teenager who has been brought up listening to his ­Grandfather Abe’s (Terence Stamp – Wanted) tales of a miraculous island that he once lived on. Jake’s father, Franklin (Chris O’Dowd – The Sapphires) tells him these tales are part of his Grandfather’s dementia but Jake finds himself wondering whether or not they are true when he finds Abe brutally murdered and he witnesses a ‘monster’ at the scene.

Soon Jake finds himself discovering that Abe’s stories are true as he meets Miss Peregrine (Eva Green – Dark Shadows) a mysterious shape shifter who looks after a school for children with peculiar abilities, such as Emma (Ella Purnell – Never Let Me Go), and makes sure that the ‘loop’ they live in resets each day. While at first Jake believes their lifestyle is picturesque who soon becomes involved in their dangerous war with the psychotic Barron (Samuel L. Jackson – Pulp Fiction).

On the surface it would be very easy to dismiss Miss Peregrine’s Home For Peculiar Children as a mish-mash of Harry Potter and X-Men but with Burton at the helm this film becomes much more than that. Burton’s finger-prints are all over this film from start to finish. While the opening scenes of the stale white store where Jake works seems largely un-Burtonesque it gives way to a world where Burton can bring a steam punk feel to a World War II bombing raid, use ‘jumpy’ special effects during a scene of re-animated dolls fighting and use old-school CGI to bring skeletons to life for a large scale battle. To some younger cinema goers the use of the ‘older’ effects may seem a little strange it does fit the film’s storyline of flashing between time periods… and better still it’s Burton being his creative self.

Storywise the film does have a fair bit to get your head around. While the time-jumping sequences will be very quick to lose you Burton gets away with it by the fact that Jake himself doesn’t fully understand what is happening either. Generally though this is your typical good versus evil storyline with a touch of coming-of-age as the audience gets to experience Jake’s first romance as well.

Under the watchful eye of Tim Burton the cast here regularly get a chance to shine. While Butterfield’s performance is nowhere near as intense as his performance in Ender’s Game he still does a good job. Likewise Samuel L. Jackson is far from his best but seems to be having fun as he plays the menacing Barron. The real standouts here though are Eva Green and Ella Purnell. Purnell announces herself as a star of the future with a performance very similar to what Burton normally gets out of Mia Wasikowska. Green plays Miss Peregrine as a sultry character that we can only help returns to the screen soon.

Whether Miss Peregrine’s Home For Peculiar Children is meant to kick-start a franchise or simply be a one off movie the film holds its own as Burton delivers a film a little too dark for children but something that adults and young adults will certainly warm to. This surprisingly good film sees Burton return to do what he does best – produce a creepy yet truly creative film. 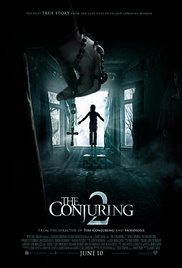 With The Conjuring 2 coming to Blu-Ray/DVD and On Demand Roadshow Entertainment decided to play a little prank on an audience that had just watched the film… the result is classic. 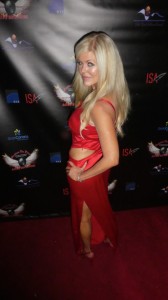 Actress Tracey Birdsall has walked away with the highly-coveted Female Action Performer Of The Year at AOF festival for her performance as Sienna in Rogue Warrior : Robot Fighter.

Rogue Warrior was a favorite of AOFF – one of the world’s most celebrated independent film festivals – where it cleaned up in many of the categories it was nominated.

One well respected writer* says Birdsall’s performance might be inspired by other action heroines but the versatile actress definitely adds a fresh new spin to the lone warrior type.

“Birsdsall’s Sienna is a wonderful blend of Furiosa/Mad Max, meets Alice from the Resident Evil films and some Selene from the Underworld franchise, But even with those ingredients. Sienna is definitely Tracey’s role and she makes it her own being super watchable and likeable as she battles to survive against robots and the harsh landscapes she faces throughout the film.”

Rogue Warrior : Robot Fighter is a science fiction film set in the distant future depicting the overthrow of humanity by artificial intelligence on Earth and other worlds.

Written and directed by Neil Johnson, Rogue Warrior : Robot Fighter is expected to be released early 2017.

Loyal Subculture readers we have something very special for you. Thanks to Village Roadshow and DC Comics you have a chance to win a very limited edition PS4 thanks to release of Batman: The Killing Joke, Arrow S4, The Flash S2, The Legends Of Tomorrow S1 and Supergirl S1 on DVD/Blu-Ray
Just check here for you chance to win.
http://winwithdctv.com.au/#/app/2683/page/6883 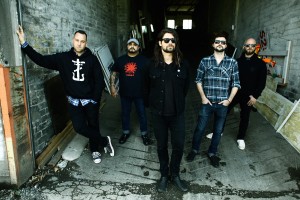 With Taking Back Sunday about to release their seventh studio album Dave G caught up with John Nolan. John chats to us about how this album has a ‘difference’ in the way it was put together and we discuss whether or not film director Michael Bay has a love affair with the band or not.

You can listen to or download our Taking Back Sunday interview right here. 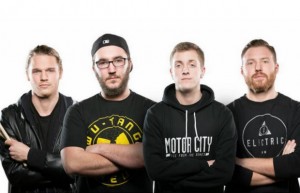 Detroit based band I Prevail are just about to drop their debut album and Dave G sat down and had a chat with their lead singer Brian Burkheiser. Brian tells us about the band’s ‘out of the ordinary’ beginnings and about how hard they worked on their album.

You can listen to or download our I Prevail interview right here. 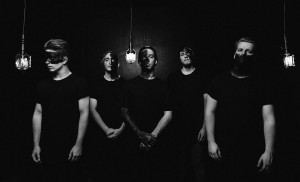 Melbourne band Void Of Vision have just dropped their debut album, Children Of Chrome, so Dave G sat down with their lead singer Jack Bergan for a chat. During the interview Jack tells just how the band felt when they were signed to a label and why he believes their lyrics are so political.

You can listen to or download our Void Of Vision interview right here.