When a band is made up of members of other bands such as Dimmu Borgir, Morgoth, Nile, Napalm Death and Susperia you now the term super-group is something that probably should be used. That is certainly the case when it comes to Insidious Disease who have been toiling away over the past few years on their new album After Death. Silenoz found time away from the band and his heavy Dimmu Borgir schedule to talk to us about the new album.

“Yeah it was 2011 about a year after the release of Shadowcast when we started dabbling with some new ideas,” explains Silenoz as we begin to talk about the creation of After Death. “Obviously we haven’t spent seven or eight years working on the album – it has been on and off but a lot of the ideas on this album are from 2011 and 2012. As far as the song-writing process goes I think this has been a good thing for this album because when you spread your song-writing process over so many years it is bound to end up having good variety. That is definitely the strength I see of this album.”

He laughs slightly as we talk about having the process last for so many years. “There is a downside to it as well,” he adds. “The downside of it is that you can keep going back and wanting to change things. We all had to agree very early on that when we decided a song was finished that we would leave it be… we didn’t want to go down that rabbit-hole of wanting to change things all the time because that way you could really fuck things up royally. But yeah it feels good now being able to go back and listen to the album now that it has been away ourselves for awhile. The strength, at least from my perspective, is the variety.”

After Death will be released through Nuclear Blast Records on the 30th October 2020.

Ironically if you want songs about some of the world’s most macabre serial killers the best band to turn to is in fact Macabre. Whether it be Bundy, Speck, Gacy or Ramirez chances are that at some  time during their career Macabre have written a song about it. Now after a decade of silence Macabre return with the brilliant new album Carnival Of Killers and front-man Corporate Death (Lance Lencioni) was only too happy to have a chat to us about the album.

“I never get nervous,” says Lencioni laughing when we talk about whether he is nervous or excited about the album getting released. “I played at Wacken in front of 50,000 people and people were asking ‘aren’t you nervous?’ and really no I just get out there and have fun with it. Maybe when I first started doing a few shows I was a little bit nervous but when it comes to writing I enjoy it and I enjoy the studio experience just as much as I do playing live.”

“There is something exciting about being able to create it and then mix to make it sound like it did in my head,” he says continuing. “Then you get to put it out there, but when it comes to the response yeah we haven’t done an album in awhile but we are on a good label now. Nuclear Blast are really good people, great to work with. We did an album with them back in 1993 and we had talked to them a bit over the years but we were kind of waiting for the right deal with this album. We had offers with this before but we weren’t going to jump into anything because we have been around for 35 years now. The best deal was with Nuclear Blast so we went with it.”

Carnival Of Killers is out through Nuclear Blast on 13th November 2020.

It is hard to believe that hard rockers The Casanovas have been rocking the fairy city of Melbourne for over a decade now. Now with their new album Reptilian Overlord out there for all to hear the band have delivered another surprise – the title track from the album as a single.

“It is probably the heaviest track on the album,” says Casanovas guitarist Tommy Boyce as we talk about the single. “A lot of the album is hard rock and heavy metal but that one is much more Black Sabbath/Metallica like. It is a bit heavier than the other tracks but that certainly doesn’t mean the rest of the album is lightweight by any stretch of the imagination.

That leads me to ask about the old school raw sound that is very present with the single as well. “I guess it is,” says Boyce after thinking for a moment. “I mean my equipment is all very much old school. I have all this vintage gear and we recorded with Mark Opitz who is an old school AC/DC and Rose Tattoo style producer so that is the kind of vibe that we go for generally. That’s not because I want to be retro that is just the sound that I like.

And if you are wondering where the theme found throughout the single came from, well you can blame Youtube for that. “I got stuck down a rabbit hole of David Icke videos,” says Boyce laughing. “It is not something that I would subscribe to and whether or not you believe his idea that there is some kind of reptilian elite that rules the world from behind the scenes it makes for a good story regardless. That was the inspiration behind the song!”

Reptilian Overlord is out now through Rubber Records.

It’s time to get kooky and spooky as Dave and Harley present a special Halloween edition of Subculture: The Podcast.

Not only do you get all your latest pop culture news but the boys look at how The Lone Gunmen could be brought back and then they cast their own new Resident Evil and Cut movies.

Oh… and they take a look at what is screening at this year’s Monster Fest.

In this episode of Subculture: The Podcast Dave Griffiths and Harley Woods take a look at all the latest pop culture news and then cast a brand new Phantom movie.

[COMEDY INTERVIEW] ABOUT THIS MUCH -Ivan Aristeguita Interview

Comedian Ivan Aristeguieta has been keeping everybody entertained during lockdown with his special “About This Much” online show. Now he is ramping it all up for Halloween.

Check out our interview below to see how you can be involved.

One of the most interesting films to screen at this year’s Monster Fest is the documentary Leap Of Faith: William Friedkin On The Exorcist.

This week on Subculture we caught up with the documentary’s director Alexandre O. Philippe about the film. You can check out the interview below.

One of the films screening at this year’s Monster Fest is Steve Kostanski’s Psycho Goreman. This week Subculture spoke to Steve about his film.

With his brand new film Shakespeare’s Shitstorm screening at Monster Fest 2020 Subculture this week had a chat to the King Of Troma himself Lloyd Kaufman.

Take a listen to our interview right here. 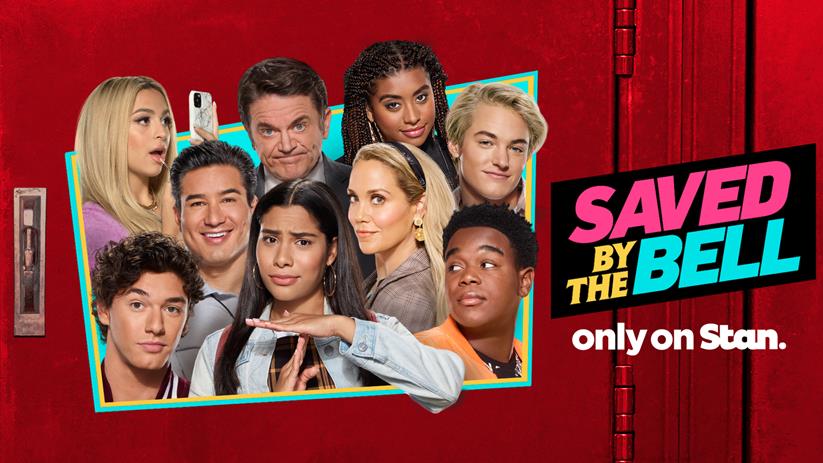 Sharpen up those pencils because school is back for the summer! Watch the brand new trailer for the highly anticipated reimagining of high school drama series Saved By The Bell,  premiering Thursday, 26 November only on Stan – same day as the US.