One of the most compelling and conflicted characters in Sony Pictures Universe of Marvel Characters comes to the big screen as Oscar® winner Jared Leto transforms into the enigmatic antihero Michael Morbius. Dangerously ill with a rare blood disorder and determined to save others suffering his same fate, Dr. Morbius attempts a desperate gamble. While at first it seems to be a radical success, a darkness inside him is unleashed. Will good override evil – or will Morbius succumb to his mysterious new urges?

Summary:  When Patrizia Reggiani, an outsider from humble beginnings, marries into the Gucci family, her unbridled ambition begins to unravel their legacy and triggers a reckless spiral of betrayal, decadence, revenge, and ultimately…murder.

OUR HOUSE OF GUCCI REVIEWS

Gucci! I might not be a fashion expert… okay my wardrobe is mainly made up of jeans and band T-Shirts… but even I was counting down the days until I could check out The House Of Gucci. I have always found  the history of fashion houses and the creative artists that live and work within them fascinating. Over the years I’ve read books and watched countless documentaries to fuel that curiosity and now director Ridley Scott (Prometheus) was going to be playing out one of the greatest sagas to hit a fashion house out on the big screen… how could I not be excited?

The story that Scott chronicles is that of Maurizio Gucci (Adam Driver – Paterson). The son of one of the more reclusive Guccis, Rodolfo (Jeremy Irons – The Lion King), originally Maurizio had very little to do with the fashion side of the Gucci family. That side of things was left to his uncle, Aldo (Al Pacino – The Godfather), who operated the business in such a way that it was known for its classic chic when it came to bags and luggage.

But that all changed when Maurizio met Patrizia Reggiani (Lady Gaga – A Star Is Born) whom he immediately fell in love with. Scared of what the relationship would mean for Maurizio his father severed ties with him and soon Maurizio found himself closer to Rodolfo and his hapless dreamer cousin, Paolo (Jared Leto – Suicide Squad). The result was Patrizia urging Maurizio to become more involved with the fashion side of the business and to help turn it around after advice she has received from a clairvoyant named Pina (Salma Hayek – Savages).

As I watched this film play out on the big screen I realised that the story itself is very Shakesperian. The story itself has similarities to Macbeth and as a director Scott enhances that even more by allowing the film to play out it lavish homes and locations and focussing more on dialogue rather than on action and suspense. There are times in this film when Patrizia rants like Lady Macbeth and the suspense that does rear its head throughout the film comes from the characterisation – in particular who is going to act in what way when certain events happen. To be honest there is probably more suspense in this film for those that don’t know the story of Maurzio Gucci. Because I had previously watched a documentary on his life I often knew what was going to happen next, but that certainly wouldn’t be the case for someone that doesn’t know the story because Scott road-signs nothing.

For years I have heard about various Governments in Europe wanting to use cinema as a way to lure tourists to their countries. For the most part the films that have done it have felt forced whereas the way Scott has shot House of Gucci is purely natural yet it had me wanting to visit some of the beautiful gardens and narrow Italian laneways it is set in due to the way they appear on the screen.

Despite some strange casting decisions the performances of the cast here are exceptional. Lady Gaga should well and truly be in contention for an Oscar for her portrayal of Patrizia, while Adam Driver is natural and at times deliberately cold as Maurizio. In real life Maurizio was awkward and rarely showed emotion and that is something that Driver portrays well on the screen here. The strangest casting choice was perhaps Leto as the aloof and simple Paolo. Leto is unrecognisable in the role and once again takes character acting to the next level, hopefully his name is also mentioned once or twice during awards season.

Perhaps the only real weakness of House Of Gucci is a finale that seems a little rushed. I can’t say too much about it because I would be heading into spoiler territory, but the film builds to a climatic event but then just seems to sadly falls away afterwards and the fallout of the event is not explored in the way that it could have been. Still that is a small gripe for a film that mostly holds its drama throughout its expanded runtime.

House Of Gucci is a sensational drama. Scott highlights the Shakesperian nature of the story and delivers some powerful scenes that are further enhanced by a cast that are on the top of their game. Then there is also an awesome 70s and 80s soundtrack that captures the mood of the time perfectly well.

Other Subculture House Of Gucci Reviews:

House of Gucci is inspired by the shocking true story of the family empire behind the Italian fashion house of Gucci. Spanning three decades of love, betrayal, decadence, revenge, and ultimately murder, we see what a name means, what it’s worth, and how far a family will go for control. 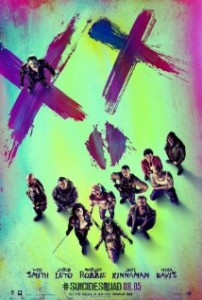 The Suicide Squad trailer has landed. Here is all you need to know, plus the trailer itself.

It feels good to be bad… Assemble a team of the world’s most dangerous, incarcerated Super Villains, provide them with the most powerful arsenal at the government’s disposal, and send them off on a mission to defeat an enigmatic, insuperable entity. U.S. intelligence officer Amanda Waller has determined only a secretly convened group of disparate, despicable individuals with next to nothing to lose will do. However, once they realize they weren’t picked to succeed but chosen for their patent culpability when they inevitably fail, will the Suicide Squad resolve to die trying, or decide it’s every man for himself?

The film will be distributed by Roadshow Films in Australia on August 4, 2016.

Check out the Suicide Squad trailer below. 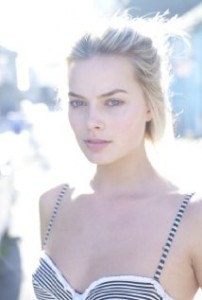 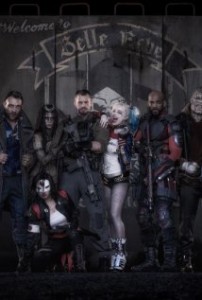