Summary:  Follows a pious nurse who becomes dangerously obsessed with saving the soul of her dying patient. 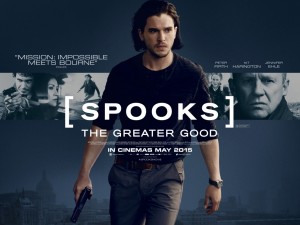 The Spooks: The Greater Good official poster has been released. The film which stars Kit Harrington, Peter Firth, Jennifer Ehle, Elyes Gabrel, David Harewood and Tim McInnery will be in U.K. cinemas on May 8th, 2015.