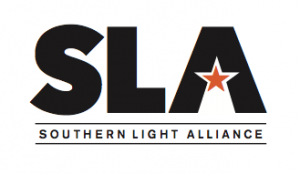 The partnership was formed earlier this year and aims to develop Australian projects and international co-productions. SLA is based at the Adelaide Studios, South Australia, where Vincent resides. White will continue producing though his own company, Southern Light Films, which is based in Sydney and currently post-producing SON OF A GUN starring Ewan McGregor.

The first coup for SLA is their successful bid for the rights to the novel, MICE by British author Gordon Reece, partnering with Julie Ryan (RED DOG, TEN CANOES) of Cyan Films. Reece’s debut thriller has received worldwide acclaim and has been published in 17 countries and released in 12 languages.

“Tim White and I have worked together on several projects and saw a real benefit with setting up a production arm in South Australia,” said Vincent.  “When Julie Ryan brought MICE to our attention we saw a great story with international appeal and were excited to outbid a European company to secure the rights.”

Author Gordon Reece said, “I’m thrilled MICE is in the hands of such a talented group of people – they’ve been behind some brilliant Australian movies and I’m sure they’re going to do an amazing job!”

As well as the UNTITLED PROJECT, based on the novel MICE, Southern Light Alliance are developing other projects.  Tim White brings the Irish co-production PURSUIT to the partnership, and Anna Vincent brings Jane Austen adaptation EM which she has developed with Sydney-based writer/producer Matthew Dabner.