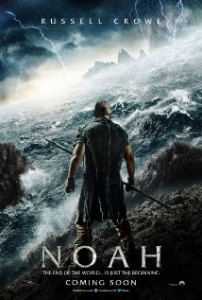 The much anticipated and discussed new film from visionary director Darren Aronofsky, NOAH was the number one film worldwide this weekend with USD$77.6 million, including the top spot in both Australia and the U.S.

NOAH opened atop the Australian box office with AUD$4.5 million, almost double the total of the number two film, and 30% higher than the opening of GRAVITY. It marks the biggest non-holiday opening for 2014 and Paramount’s biggest opening for the year to-date.

The film also opened to number one in the U.S. where it grossed a stellar USD$44 million, ahead of industry estimates.

Internationally, NOAH has made USD$51.1 million from 22 markets so far including a dazzling USD$17.2 million opening in Russia, the biggest opening ever for a non-sequel there.

After the weekend the worldwide total sits at USD$95.1 million and is yet to open in  major territories including U.K., Brazil, France, Germany, Italy, Spain and Japan.