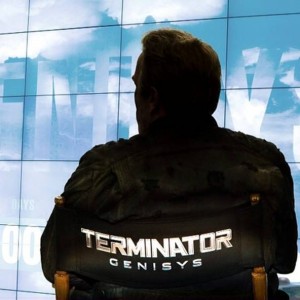 Paramount Pictures have released a teaser image for the new Terminator film which will be called Terminator: Genisys. The announcement was made by star Arnold Schwarzegger on his social network outlets where he said the following:

‘Hasta la vista, baby. I want to thank the cast and crew of @TerminatorGenisys for a fantastic shoot. It was challenging, it was fun, and it was rewarding. From our director to the producers, from the camera team to catering, from visual effects to hair and makeup – we couldn’t have done it without you. I can’t wait to see our finished project and I know we’ll remind the fans why they fell in love with the Terminator. On July 1, 2015, I’ll be back.’

Fans who want to keep up to date on the new Terminator film can link in here: