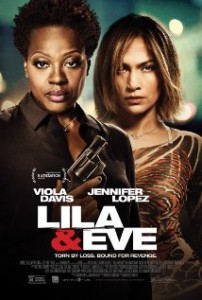 The brand new Lila & Eve trailer has been released. The film is directed by Charles Stone III and stars Jennifer Lopez and Viola Davis as distraught mothers looking for revenge.

The film is set for release on July 17 in the United States, while release dates for other territories will be announced soon.

You can view the Lila & Eve trailer below.