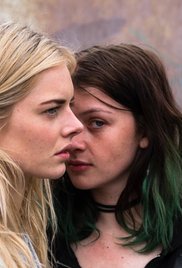 Bad Girl is a psychological drama about the toxic relationship between two adolescent girls. It is the feature directorial debut for Fin Edquist, who has written for tv shows like McLeod’s Daughters and Home And Away, etc, as well as directing commercials and music videos. As part of our MIFF 2016 coverage, Greg spoke to Fin about the ten year struggle to get his film to the screen.
Bad Girl screens at Melbourne International Film Festival – Thurs Aug 11 at 9pm @ Hoyts Melbourne Central and Sat Aug 13 at 4.15 @ the Kino. Edquist will be in attendance at both screenings for Q&As.

You can listen to or download our Fin Edquist interview right here.