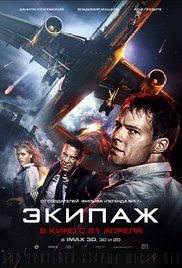 Russian actor Danila Kozlovsky (Vampire Academy, etc) is in town as a guest of the Russian Resurrection Film Festival. He is here to introduce the screenings of his film Flight Crew, a big budget disaster movie and remake of the 1979 film of the same name, which was one of the first disaster movies produced by the Russian film industry. Greg chatted with Danila about his career and his movies.

You can listen to or download our Danila Kozlovsky interview right here.