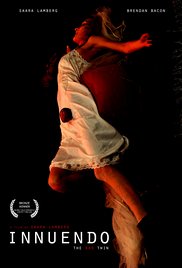 With new feature film ‘Innuendo’ making it’s premiere at the Made In Melbourne Film Festival on the 8th December Subculture’s Dave Griffiths caught up with the producer and composer of ‘Innuendo’ Charly Harrison. Charly chats to Dave about how he became involved with the film and what are the steps a composer takes when putting together the soundtrack for a feature film.

You can listen to or download our Charly Harrison interview right here.