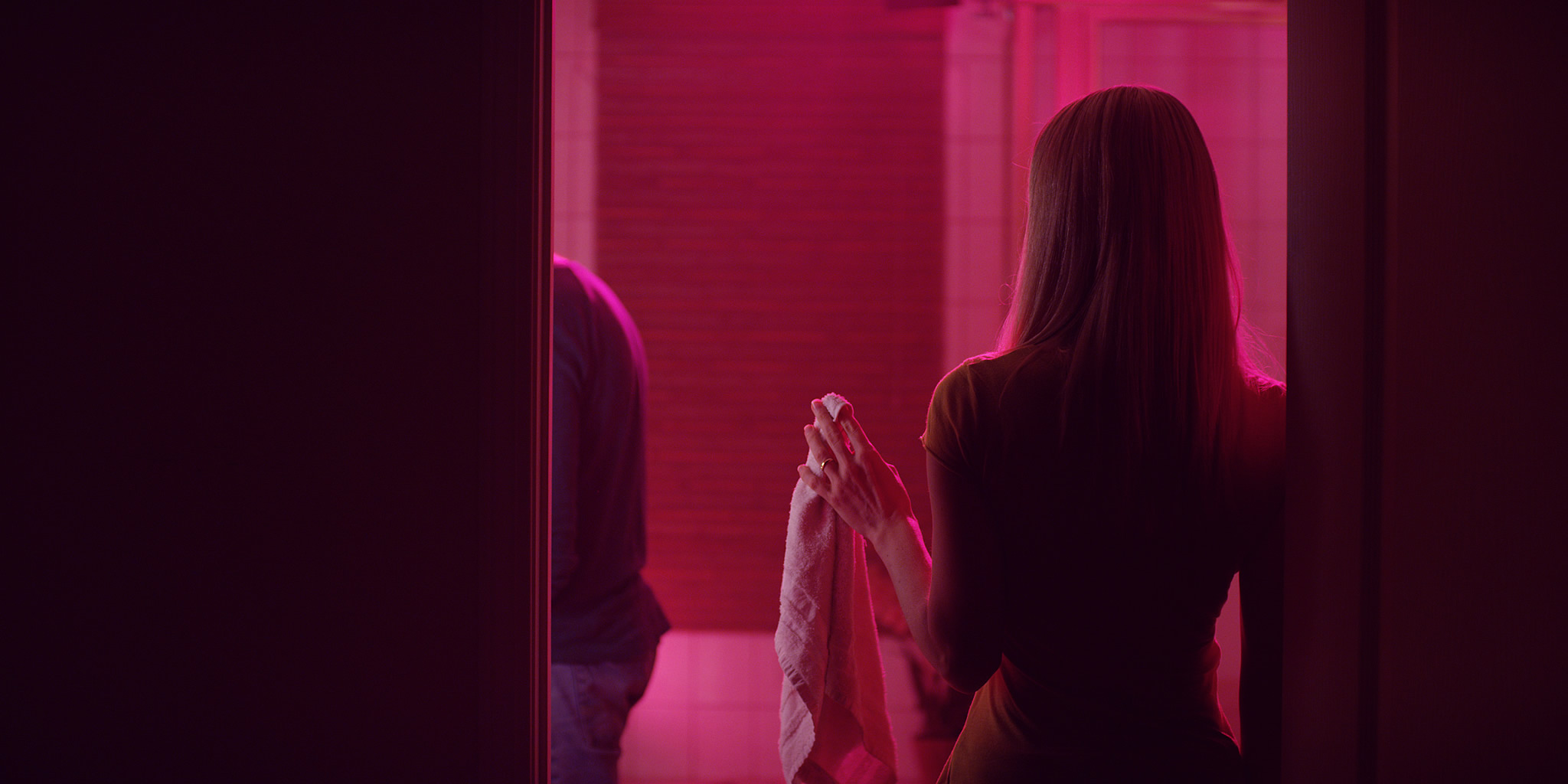 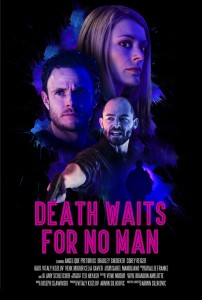 Expected to release late 2017/early 2018, it’s the unnerving and complex chronicle of a neon art collector that seduces a lone drifter into killing her abusive husband.

It took about a year to write and rewrite the script, then we spent probably another year finding the funding for the film. During that time, I started on some of the pre-production, like storyboards, the cast, etc.

It’s only been about six months since Death Waits For No Man was completed, so it’s still very fresh in my mind.

It is. No film is exactly how you pictured it in your head when writing it, but I’m happy with the way the film came out.

Yeah, sometimes certain things have to be trimmed for pacing reasons, other things you trim because it didn’t work as well as it did on the page. This is quite common in films — you never really know 100% how things cut together until you’re in the editing room.

We just started the marketing process with a great team who are working hard to get the word out, and it’s interesting to be a part of and participate in this side of the film.

I did, I think we got a great poster artwork that captures the look and feel of the film.

We’re just started looking for a distributor through our sales agent, so I’ll have more on that in the future.

I originally assumed that the core audience would be people who are into thrillers and film noir. But judging from the screenings we’ve had so far, I think the film reaches a wider audience whom I didn’t expect would enjoy a film like this.

I think every filmmaker wants their film to be shown on the big screen in front of an audience. Sometimes that’s not possible, but the good news is that with platforms like Netflix, a small indie film can reach a far greater audience than ever before.

I think it’ll continue in the direction it’s headed now: more films will premiere on streaming services like Netflix, but I think people will still go to the theater to watch movies on the big screen. That’s just something you can’t get at home, no matter how great your home theater is.

I think they do. I think ultimately, it’s good for indie filmmakers: they have more platforms than every before and can reach a bigger audience than ever before.