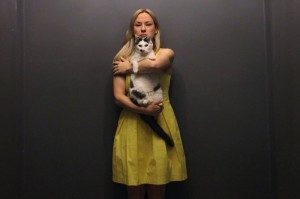 Melbourne garage pop band Blooming Heck are about to launch their debut self-titled album on the 19th November in Melbourne. Dave G caught up with Katherine Simpson from Blooming Heck to talk about the changes from her old band The Triangles to Blooming Heck and about the hard work that has gone into this new album.