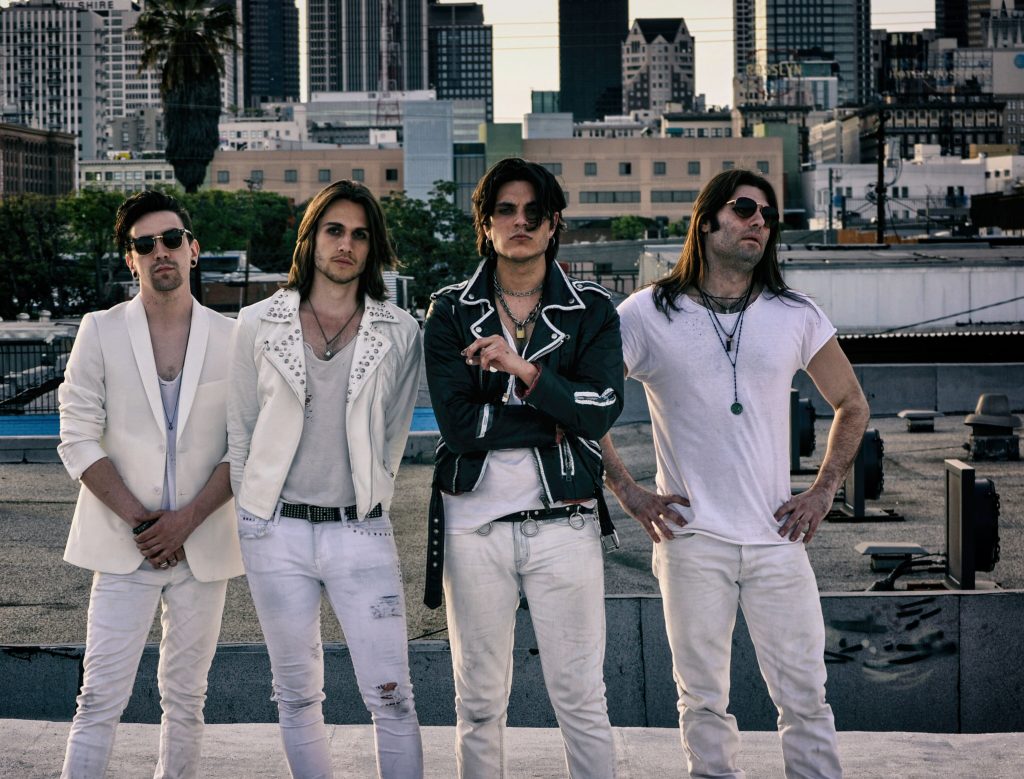 Hailing from the City Of Angels, LA rockers NEXT CItY are your new favorite band.

Combining garage rock crunch with driving dance groove, Los Angeles rock band NEXT CItY is making their sonic assault on the world with the release of their debut single “Blue Star”.

The band have signed a global management deal with Australia’s Wild Thing Presents and will be booked by LA’s 33 & West Agency.

NEXT CItY have just dropped their debut single, Blue Star, and are set to take their intense rock and roll show global, kicking off with shows in Los Angeles and New York City in June.

NEXT CItY is the creation of vocalist (and renowned actor) Samuel Larsen, best known for his work on Glee as the Joe Hart character, and his supporting role in the current hit film After, based on the novel by Anna Todd that became a worldwide phenomenon, and guitarist Philip Paulsen. The two met while on tour together and began writing for a brand new project that would be heavy in garage rock grit, layered over a foundation steeped in groove, with the intention of getting people to shake off their inhibitions and dance. The band is rounded out by bassist Nick Diiorio, and drummer Ben Brinckerhoff who have helped to perfect the band’s brand of guitar-driven rock influenced by heavy hitters like Death From Above 1979, The Dead Weather, and Queens of the Stone Age, all while encompassing the electric energy of funk driven pop music that takes its cues from Prince and Michael Jackson.

After releasing solo music in the pop and funk world, Larsen had the itch to start a rock band, to write and perform with. “‘Blue Star’ was the first song I started working on with a band in mind”, says Larsen. “I had the riffs and lyrics for a while before I met Phil and I felt stuck, like I couldn’t fully finish it, so I handed it off to Phil and he tightened up the arrangement, added a falsetto hook in the chorus and together we added a bridge.”

“Blue Star” is inspired by the dichotomy between the dream and the reality of Hollywood and how it can be the dream, but also the nightmare. The song is performed from the point of Hollywood and that they are enticing the dreamer with the bright dreams, but haunting her with the harsh reality too.

Fat, fuzzy funk filled guitar lines, visual lyrics and beats you can bang, dance or both to, NEXT CItY sound totally familiar yet sound refreshingly like nothing you’ve heard before.
NEXT CItY’s mantra is that it’s got to be heavy and make people dance but above all, be honest. 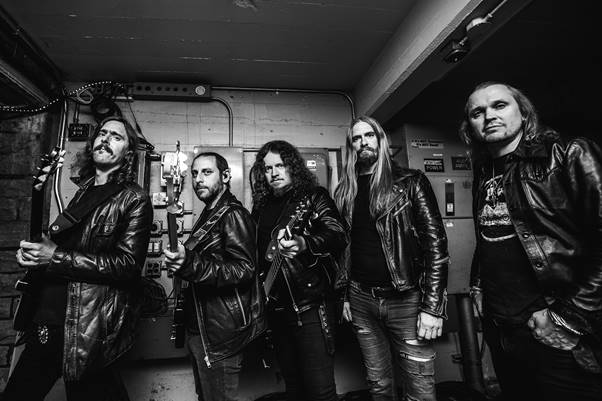 OPETH are pleased to announce Australian headline shows for December 2019

There are few bands that can or will match Sweden’s Opeth. Since forming in the tiny Stockholm suburb of Bandhagen in 1990, the Swedes have eclipsed convention, defiantly crushed the odds, and, most importantly, crafted 12 stunningly beautiful, intrinsically intense albums, to become one of the best bands on the planet; whether that be live or on record. Ask any Opeth fan. Enquire with any band that’s shared the proverbial pine with the Swedes. Or, get a label representative to talk Opeth. They’ll all tell you the same thing: Opeth are peerless. And they’re only getting better.

December 2019 will see Opeth performing a stunning set of classic tracks from throughout their 30-year career as well as introducing Australian audiences to astounding new material from their forthcoming studio album.

There is little need to delve further into just how good this band is. If you’ve been fortunate enough to have been present at one of their concerts previously then you know full well that these will be shows not to be missed. If you are yet to witness the awesome power of Opeth live, then it’s time to join the legions of music fans who know already that there will never be a band like Opeth again.

General public onsale: Friday 10th May – 9am AEST/*Perth on sale 9am AWST 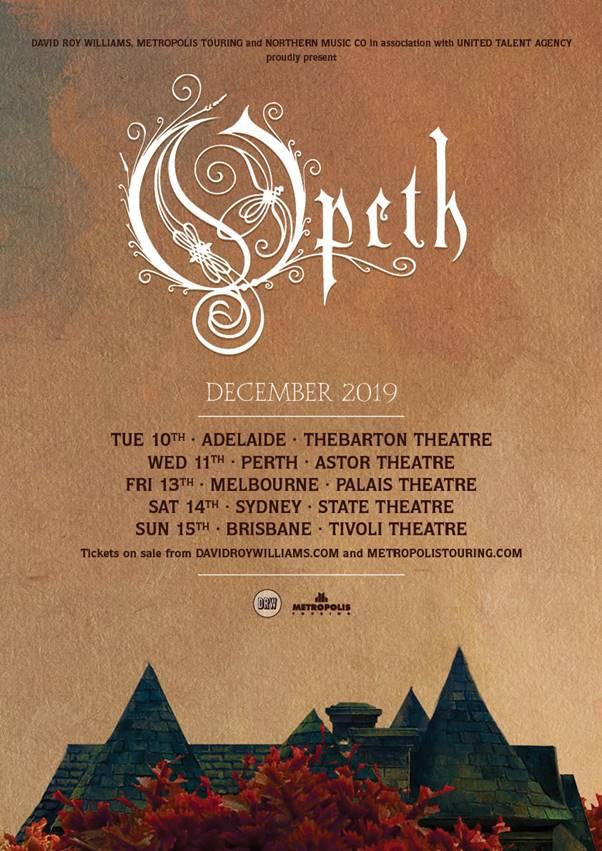 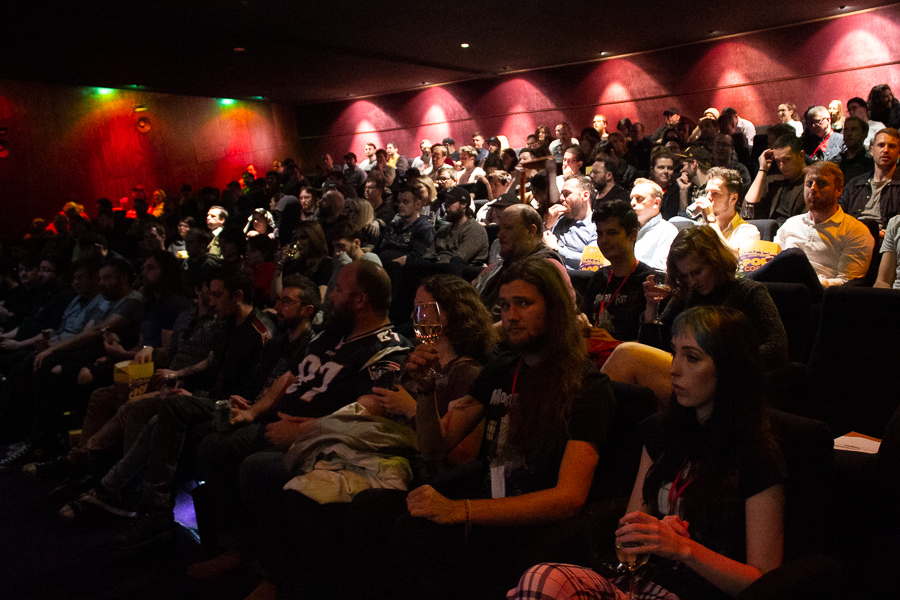 As part of Monster Fest and Event Cinemas continuing partnership and in a further national expansion of the Monster Fest brand, both companies are excited to announce a new festival for 2019 at five of the highest profile Event Cinemas locations across Australia.

This festival will be under the banner Monster Fest Australia 2019 and will run simultaneously at each location from Thursday October 31st to Sunday November 3rdin Adelaide, Brisbane, Canberra, Perth and Sydney.

Each location will feature highlights from the Melbourne program, plus screenings and special events unique to each city and as befits something this monumental, opening night takes place on Halloween; so they are planning something “very special” to kick off the festival.

Monster Fest Australia 2019 is a “4-day weekend” event featuring the latest films, special guests and filmmaker Q&As, all built around a diverse collection of highly imaginative feature films and short film programs from around the world.

General Manager of Content at Event Cinemas Claire Gandy says: “the Event Cinemas team is extremely excited to be working with Monster Fest on this expansion and we are fully committed to position Monster Fest as the premier theatrical genre brand in the country.”

First wave line up and ticketing announcements for all locations will be made this June. 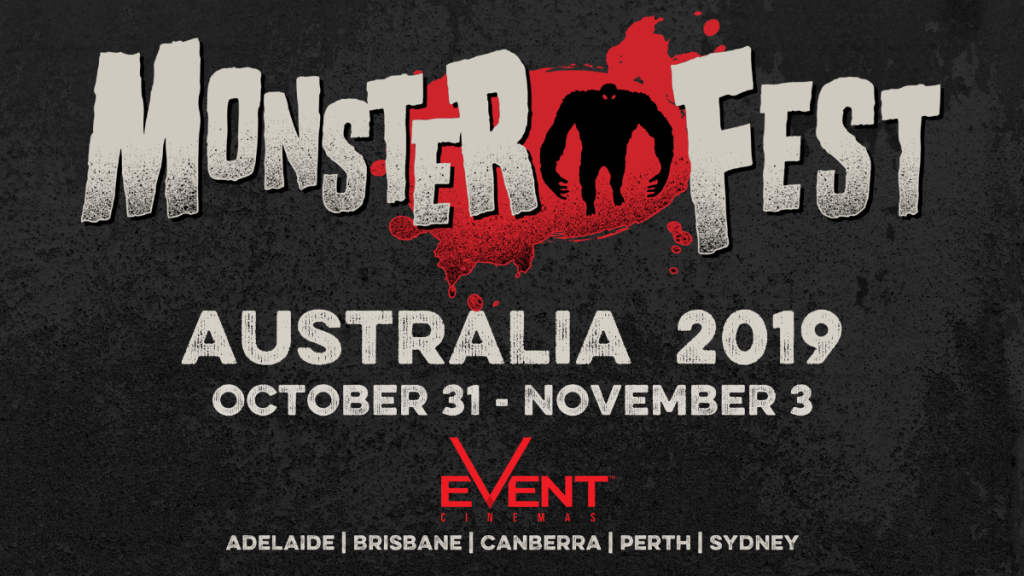 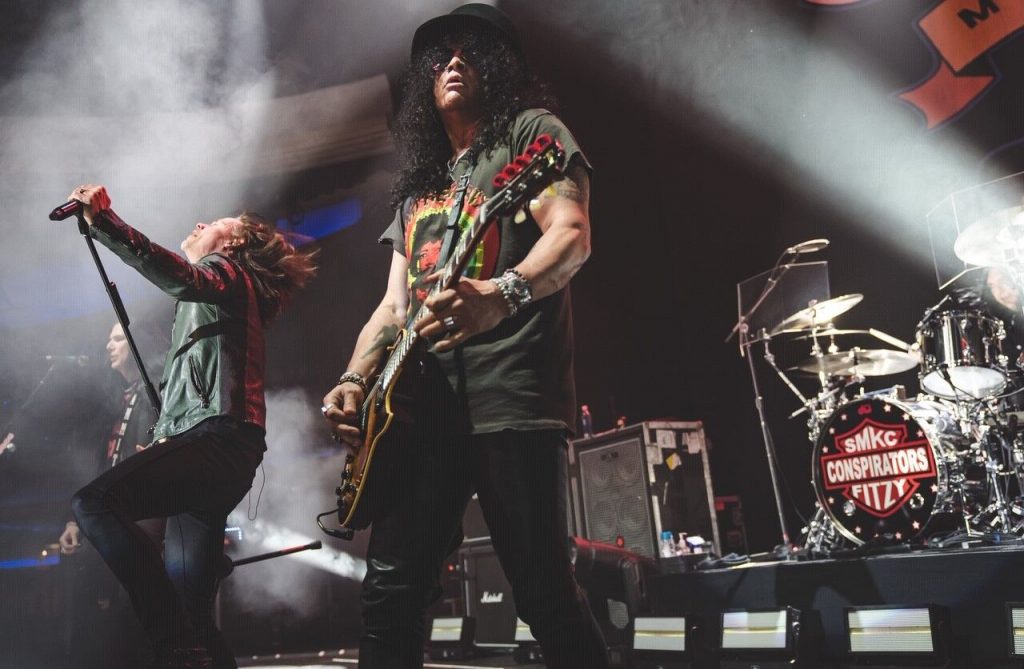 The iconic, GRAMMY-winning guitarist SLASH and his band SLASH FT. MYLES KENNEDY AND THE CONSPIRATORS have released their brand new live video, Boulevard Of Broken Hearts.

The Boulevard Of Broken Dreams video was recorded at Slash’s SOLD OUT live performance at The Eventim Apollo, London on Wednesday 20th February 2019. The stunning video features the album version of the song overlaid with intimate backstage footage and live footage from the Eventim Apollo and shows why SLASH FT. MYLES KENNEDY AND THE CONSPIRATORS are such an incendiary live draw. The track is taken from the most recent studio album Living The Dream. The video was shot and edited by Dan Sturgess.

The live performance video acts as the perfect precursor to SLASH FT. MYLES KENNEDY AND THE CONSPIRATORS remaining tour dates throughout 2019. May and June sees Slash tour South America, before returning to Europe though June and July. The band then play Israel, Canada and the USA through July and August 2019.

Living The Dream (Snakepit Records/Sony Music Australia) is the third full-length offering from SLASH FT MYLES KENNEDY AND THE CONSPIRATORS. The Los Angeles Times described the album as,“his best work since the demise of Velvet Revolver. …full of “unexpected funk, boogie, blues and garage rock influences.” While Rolling Stone declared the album, “a biting blues filigree at the end of a riff, weeping solos full of long notes, boogie-woogie riffs.” Elsewhere, Classic Rock hailed, “the bands third and Best Album, ‘The Great Pretender’ is the album’s masterpiece and one of the best things Slash has ever done.” Fans can purchase or stream Living The Dream HERE. Fueled by the Top 5 rock songDriving Rain, its live-action, animated video as well as the best critical acclaim of their career, Living The Dream debuted with 10, Top 10 chart placements around the world and #4 on the Australian ARIA chart.  The first single Driving Rain which jumped to #5 this week and climbing–marks the band’s 6thconsecutive, Top 10 single at radio and SLASH’s fastest-rising single ever in his solo career.