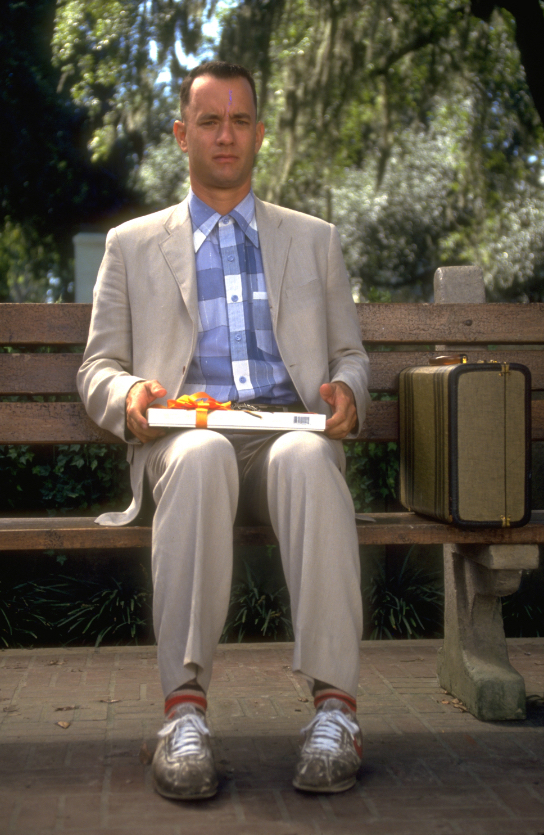 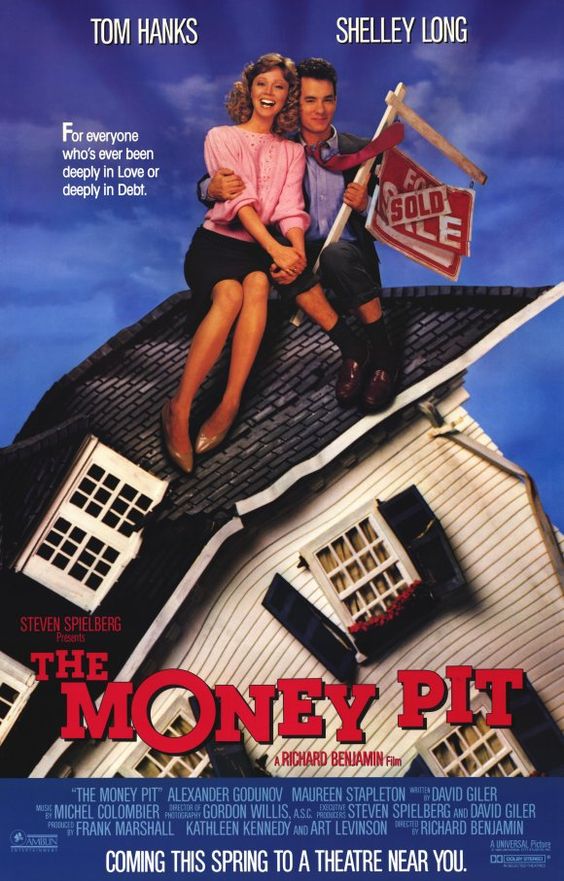 After proving himself as a leading man in the raunchy comedy Bachelor Party Tom Hanks found success again in the much more family friendly film The Money Pit. This was the first film of his I ever saw and one that was a favourite at my house growing up. The Money Pit marks not only the very first collaboration between Tom Hanks and Stephen Spielberg but also marks a time in Hanks’ career after he had made the successful leap from tv to movies but before making the leap from comedy to drama, not to say he didn’t always have it in him already to do so. The story of a young couple trying to renovate their dream house only to find that everything that can go wrong, does go wrong is a movie which has inspired countless other films since and having recently rewatched it still holds up as a great family film today.
4. The Ladykillers 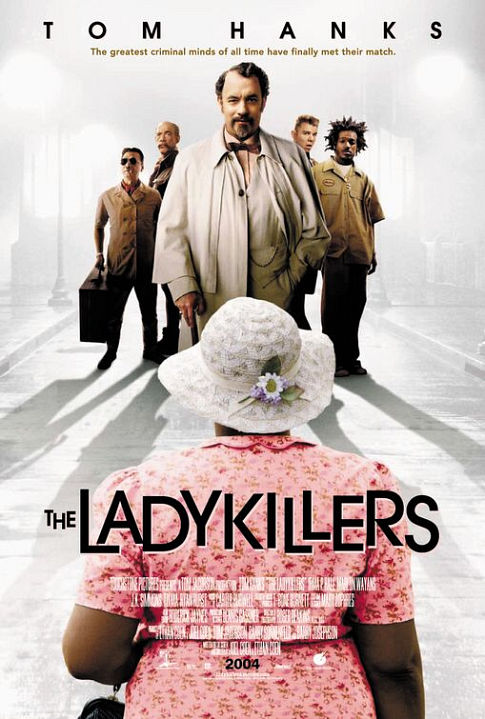 Despite being made way back in 2004 this is still one of Tom Hanks’ latest comedy roles and what I personally consider to be one of the Coen Brothers’ most underrated features. The black comedy “The Ladykillers” was heavily criticised I remember upon release for I guess the perceived blasphemy of being a reimagining of the 1955 Alec Guinness/Peter Sellers original. With Hanks starring as the eccentric southern professor who, with his crew of misfits, plots to rob a casino under the nose of an elderly landlady the film features a cast of colourful characters, an amazing soundtrack and of course the Coen’s devilish dark humour.
3. Toy Story 2 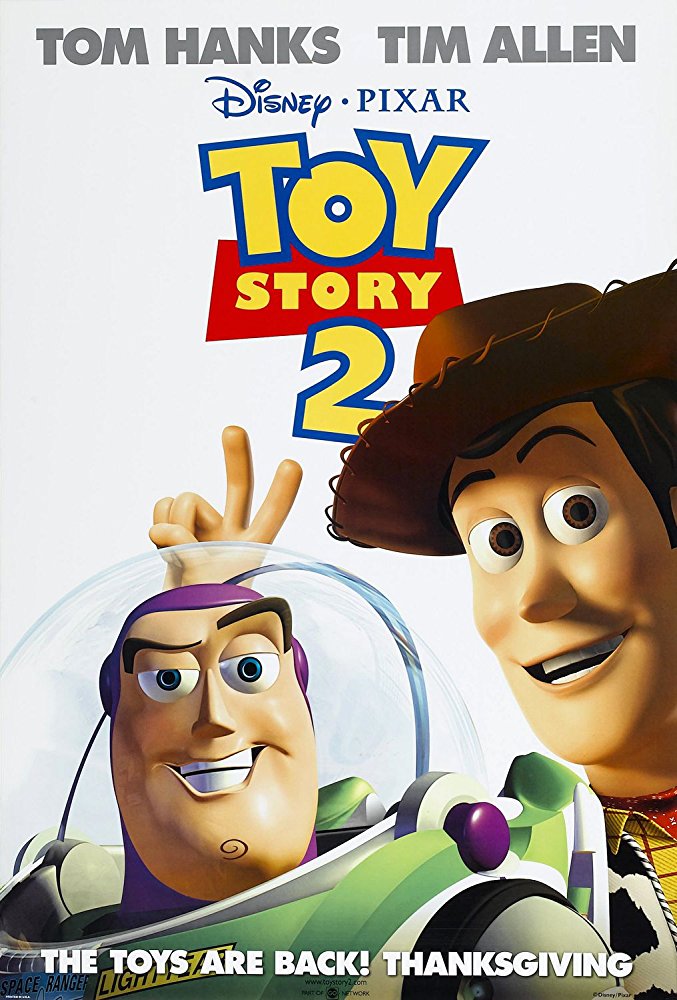 Although I was quite young when the original Toy Story movie came out I can remember how much I loved it and even back then I knew my enjoyment of the story of Woody & Buzz and their friendship was largely thanks to the performances of Tom Hanks and Tim Allen. At the time I would have been happy with just a simple follow up but Pixar managed to really knock it out of the park with their very first sequel. Toy Story 2 is a movie which I’ve grown to appreciate more as I’ve grown older and been able to appreciate the way the filmmakers were able to tell a story which worked on one level for children but on a completely different level for adults at the same time. While it’s a fun adventure film for the kids adults can see that Woody’s journey in this film is really about a character who must face his own form of mortality in the sad reality that, one way or another, his owner Andy at some point won’t want to play with him any more. He eventually accepts this and understands that the important thing in life is to enjoy the time he has left. It’s a very strong message for an animated film about talking toys and one which was handled with such subtlety that if anything it made me feel that Toy Story 3 in comparison was somewhat emotionally manipulative and redundant.
2. Forrest Gump 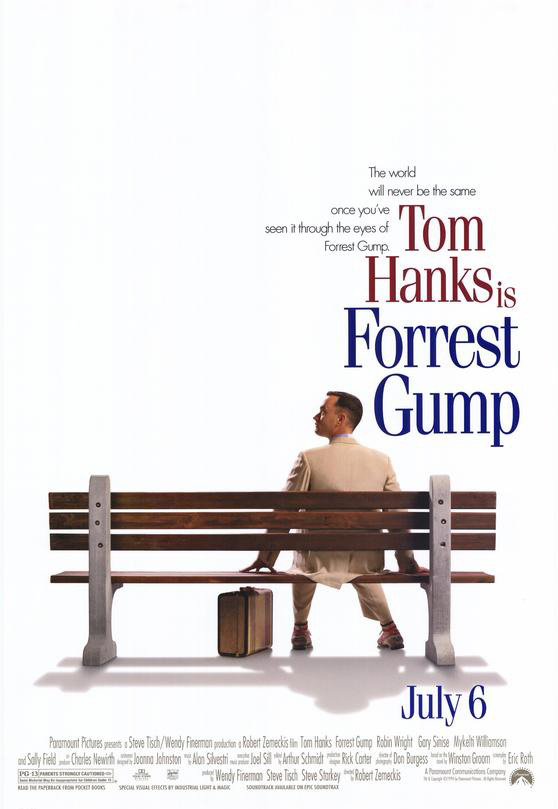 Possibly his most memorable role and one which won him his second leading man academy award in as many years. Forrest Gump is the story of a man who from the offset of his life looked to be somebody who the more heartless amongst us might describe as “one of gods mistakes”. Fueled by chance, his own perseverance and willpower the film shows the inspirational story of what an amazing life this person leads despite having all the wrong cards at the beginning. While Forrest’s ability to stumble into and inspire every other historical figure from Elvis to the guy who created the “have a nice day” smiley face symbol might seem a little silly the film is a wonderful tale which of course isn’t based on any true story and never makes itself out to be so it’s free to take us on whatever wild ride it wishes. Sometimes hilarious, sometimes heartbreaking Forrest Gump teaches us the importance of loyalty, devotion, love and to never give up hope.
1. The Green Mile 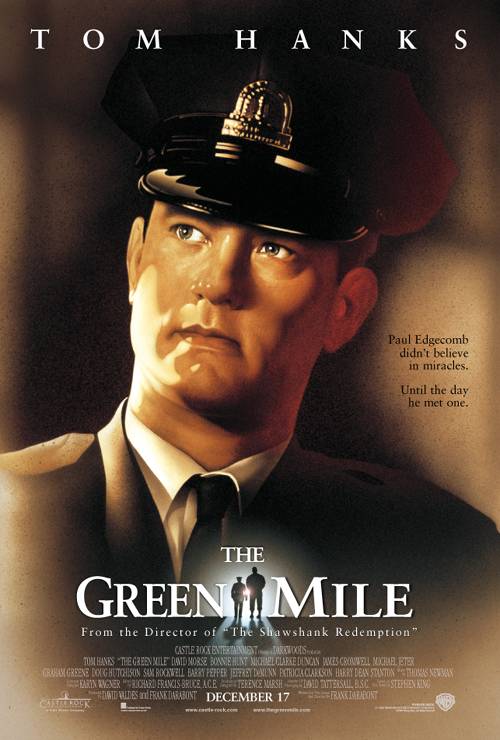 And now for something completely different. Something you may have noticed is that the rankings of these films is based on not just how much I appreciate the movie but also on the emotional impact the film had had on me. In that regard few films have effected me as much as The Green Mile, director Frank Darabont’s second adaptation of a Stephen King novel and follow up to The Shawshank Redemption. Tom Hanks plays senior prison guard on death row who befriends a gentle giant with incredible abilities named John Coffey (Michael Clarke Duncan in the role of his life) who has been sentenced to death for the alleged murder of two young children. Arguably the best adaptation of any of Stephen King’s stories this film is one of the most powerfully moving films you’re ever likely to experience and a “horror” story of a different type. A tale of the unspeakable evils which human beings can inflict on each other every single day the film raises the terrifying idea that this world being such as it is really does not deserve miracles.
Tagged: Forrest Gump, Kyle McGrath, The Green Mile, The Ladykillers, The Money Pit, Tom Hanks, Toy Story 2