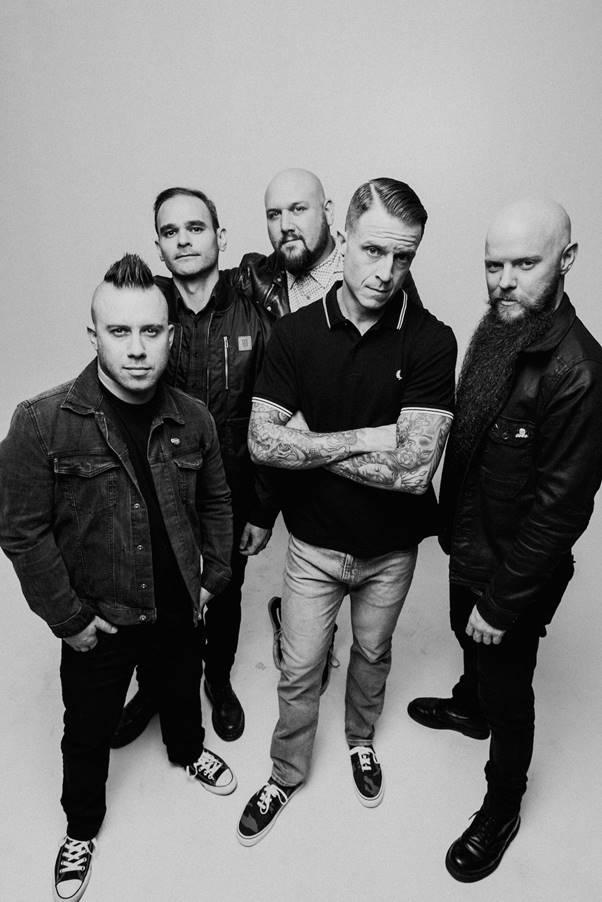 Metalcore Gods Atreyu are at the point of their career where they could just sit back and rest on their laurels. They have just celebrated twenty years in the business, their albums chart each time they have a new release and they have toured alongside greats such as Slipknot, Chris Cornell, Linkin Park and Avenged Sevenfold.

But spend a few minutes chatting to front-man Alex Varkatzas (like I recently had the opportunity to do) and you soon release that this is a band that is going to keep striving to get better and better the older they are. Now they are about to show Australia just how good they are as they prepare to hit our shores this week.

“Atreyu loves Australia,” says Varkatzas as we begin our conversation. “We have been wanting to come back for awhile because I know it is one of my favourite places, and I think it is one of the bands favourite places to visit overall. But I better just speak for myself so I will say that it is probably my favourite international location because I am a bit of a homebody and it just reminds me so much of where I live in Southern California… it is just slightly different. It is just different enough to make it a little romantic for me. My wife and I actually went to Australia for our honeymoon when we got married… so I have love for you.”

As we talk more about Australia I ask Varkatzas whether he has something special planned for this tour since they have toured here since the release of their last week In Our Wake. “I was thinking about setting myself on fire,” he says with a huge laugh. “We’re going to bring a great show because to be honest we are flying at the moment, we’re going to bring down our guitars because we are really ready to kick some ass.”

Hearing that excitement coming from a band that just celebrated its twentieth anniversary is surely something to behold and as I mention that Varkatzas reflects on what their anniversary year meant to them. “It went by so fast,” he says. “They say if you do something that you love you will never work a day in your whole life and they are fucking lying because you do have some long days but for the most part it has been incredible to be able to look back and see all the things that we have been able to do together. We’ve made some great music together and 2019 was great to look back on, but our last album did pretty well and we’ve been able to have some really strong touring. It ended up just being a great year for the band. To be twenty years in and have a year that still made you feel like you were making  headways then you are obviously doing great.”

“We are all good friends,” admits Varkatzas when I ask whether or not the band have some kind of secret to why they have lasted two decades in an industry that is known for chewing people up and spitting them out. “In the later years I think we have actually got better at communicating with each other which means we know each other better. But I think we also like to scare ourselves musically. I always felt there were two worlds – there was a deep, emotional rock world and then there was an aggressive metal world and I think we just blur the lines more and more each record. I think because of that it became more about emotion and less about the type of music we were playing. I think us surrendering to that years ago has really helped us.”

“We like to try and keep things fresh and not be afraid to push it,” he says continuing. “There will be times when I am like ‘I don’t know I’ve never sung that way before but fuck it let’s give it a shot.’ I never want to be one dimensional and because of that I come up with these songs that scare the shit out of me and then I am stoked because it is a better way to convey the emotions. So, yeah I like to scare myself in a way because you have to do that to stay fresh and exciting, and you have to surround yourself with people who are willing to go down that rabbit-hole and see where it leads.”

It seems that over the years Atreyu have been down that rabbit-hole a number of times and have always come back delivering absolute gold. Their new tour is going to be absolutely amazing so if you haven’t got anything else on this weekend head out and check them out in a city near you. 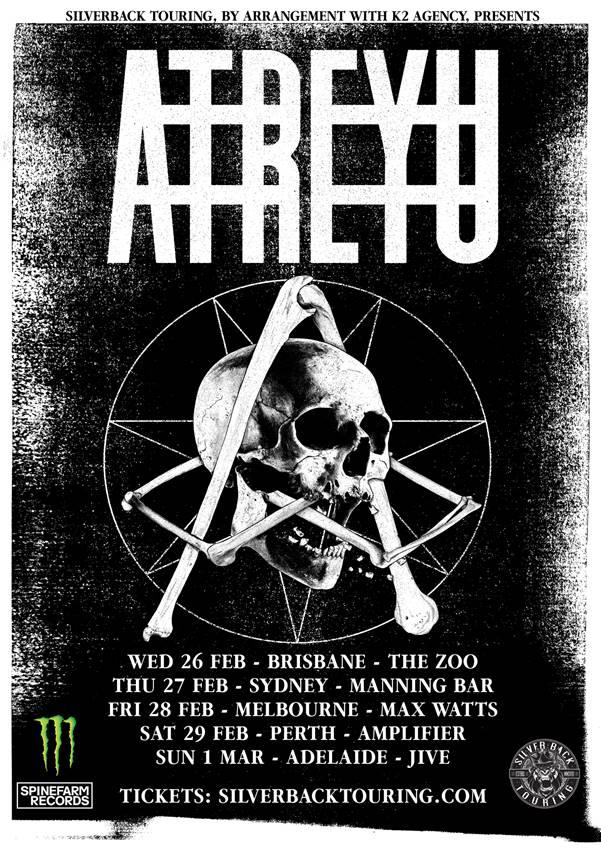