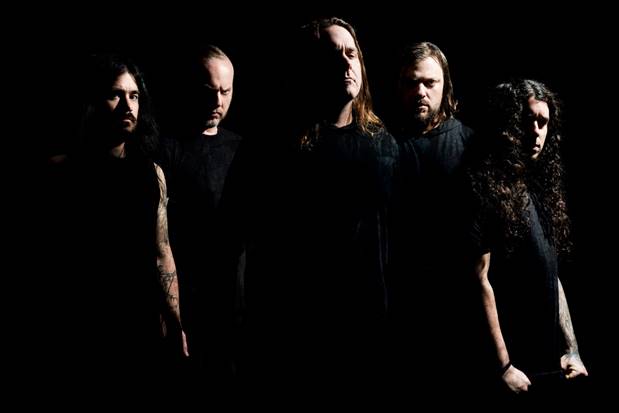 Long before most people had any idea at all what climate change meant one band was already out there spreading important information about social issues such as the climate and the deplorable treatment dished out to many innocent animals around the world.

That band has been Cattle Decapitation a band who has never shied away from controversial topics like genocide and animal abuse. Their forthright way of spreading such important messages has not been without controversy. The graphic cover of their To Serve Man album back in 2002 saw distribution company SPV refuse to handle the product in Germany. Then again in 2004 another graphic album cover caused some trouble when the cover of their Humanure album saw some store owners self-censor it without label permission.

Flash forward to 2020, now people are taking notice of the message that the band has been trying to convey since 1996 and their past three albums have all charted in the US, including their current album Death Atlas which peaked at number 3 on the Hard Rock charts.

Now with Cattle Decapitation about to kick off their Australian tour I had a chance to sit down and talk to front man Travis Ryan about the tour and how the band want to help their Australian fans as much as possible.

“I actually called up my manager and told him that we didn’t want to wait two fucking years between the album coming out and us hitting Australia,” laughs Ryan as we talk about the closeness to the tour and the release date of Death Atlas. “ I don’t know what it has been but the evolution of the band has seen the international stuff for this band become few and far between. We do so much stuff in the States and we are trying to change that and do as much else as possible. One good place for us is Australia, and we know that we have to get out there and do more world tours because it has been too spotty.”

As our discussion goes on I also learn that there is a much deeper reason for why Ryan and the rest of the band felt that an Australian tour was so important right now. “We are really excited about heading back,” he says with clear excitement in his voice. “And I mean really, really excited, but we are also very saddened about what we have seen happening over there and we felt it was important to come over and help take people’s minds off things for awhile.”

There is no way you can dodge the fact that the events of this summer in Australia has been something that Cattle Decapitation has been warning us about for a long time. Even on my way home recently I found myself listening to their track ‘One Day Closer To The End Of The World’ while Melbourne was choking in bushfire smoke and bright red apocalyptic sunset sat right in front of my face. That is not something that is lost on the band either.

“Obviously we don’t have the foresight so it was almost embarrassing knowing we were coming over there after putting out such a record,” he tells me with real emotion in his voice. “But with that in mind we decided that we couldn’t just come over there without helping in some way so we have organised a few revenue streams, like charity streams, so that we can donate to this Sanctuary that got destroyed…named Cobargo Wildlife Sanctuary. We have a special T-Shirt that will be available with all proceeds going to Cobargo and we’ll have some special VIP ticket upgrades available as well.”

“People will be able to come in and watch us do sound check,” he explains. “They they can hang out with us. We don’t normally do that kind of shit, because we are more old school, that is something very new for us and we’ve had a lot of people ask us to do VIP shit so we thought that is one way that we could help raise money – it’ll do some good and we get to hang out with people, and it all goes to the Sanctuary, we don’t want to see that die. It is all so fucking sad man but yeah the album does say that this does feel like the end times.”

This tour may see the more sombre side to Cattle Decapitation as they do what they can to help their Australian fans but as usual the band will put in great lengths to make sure that they deliver the best damn shows they can while they are on shows. Get behind them and help them support those Aussies that need a helping hand.