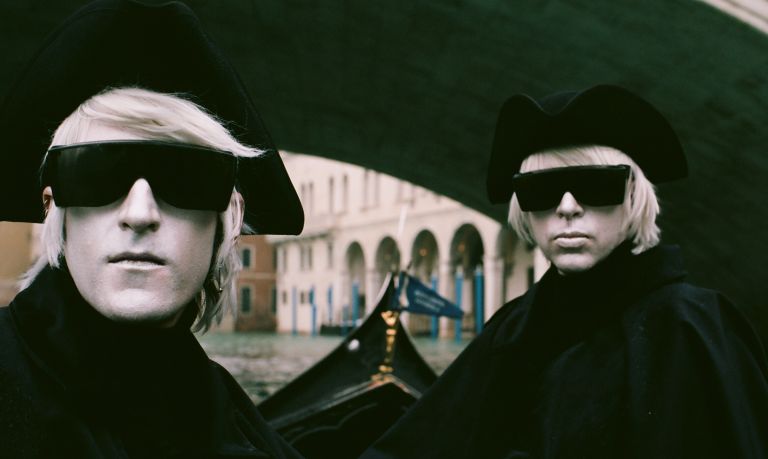 Since their arrival in 2015 Drab Mejesty have created quite a fanbase  of fans amonsgst the lovers of new wave. They firmly made their presence felt in 2019 when they toured Australia with The Black Queen. Such was their popularity that the promoter organised a headline show for them in Melbourne which instantly sold out.

Now on the back of the praise that they have received for their current album, Modern Mirror, these gothic greats are returning to the land Down Under for their very own headline tour. We were this week lucky enough to sit down and chat to the very intriguing Deb Demure.

“The last time we were in Australia we were about halfway through the tour and we realised that it was really working out,” says Demure reflecting on those sold out The Black Queen shows. “We realised that this was a relationship that we really wanted to foster so we put the wheels in motion last year when we were there.”

“But yeah we think it will be super cool,” he says continuing. “We’re just hoping that the emotional shock of these fires hasn’t totally 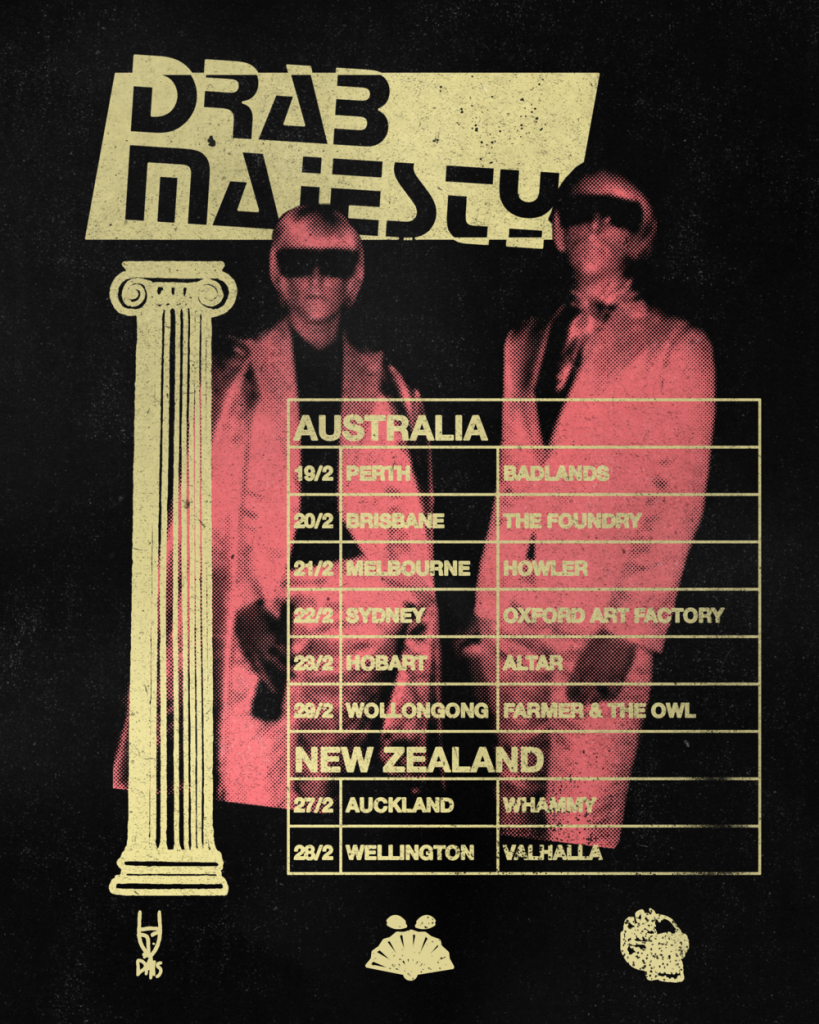 ravished the hearts and the souls of the people so much that there is a sombre cloud over it. I wouldn’t blame people if there was but it has really touched me how people are taking these fires, music seems so trivial when you think hundreds of thousands of koalas have perished… it feels really surreal.”

I ask Demure whether that changes how they approach the Australian tour knowing that so many people here have had their lives changed forever by these catastrophic blazes. “Yeah it does definitely,” he says with the sadness clear in his voice. “It kind of trivialises what we are doing but on the other side it gives us the opportunity to bring a gift that allows people to escape so I guess in a way it shows why it is essential for the Arts to carry on by creating something that people can experience and enjoy. I am honoured to be able to come at a time like this although I know we can only offer a minimal contribution.”

Nobody ever predicted how successful the tour would be when Drab Majesty hit our shores with The Black Queen and Demure says it was something that not even the band expected. “We had no idea at all,” he says with a laugh. “It was a complete surprise but it was fantastic. I don’t really follow the metrics of the band’s growth. I normally just put my head down and make songs so to find out that we had that Australian fandom was very surreal, but we are very grateful for it as well.”

For fans of Drab Majesty this could end up being a year that you will really remember as well as Demure admits while not too much planning has been done for this year, they may have some things ahead. “We’ve got a lot of touring planned for this year,” he explains. “That will go until about July and then I’m looking forward to some time off. I want to get into a kind of incubating, creative space and then try to work out what the next sonic turn for the band is going to be. I’ll try to write some new material and maybe there will be a release in 2021, but nothing has been really decided yet – maybe a single this year though, that may be nice. I haven’t written anything for awhile so that would be really nice if I could.”

To finish off the interview Demure closes with a special message for the band’s Australian fans. “I just want to say thank you to everybody for giving us that second chance to come so from home,” he says. “There would be no gigs if it weren’t for them, I know that sounds kinda creepy but it is true. We will go where we are told and where we are wanted… and we will never take that for granted.”

All the tour details for Drab Majesty can be found below.