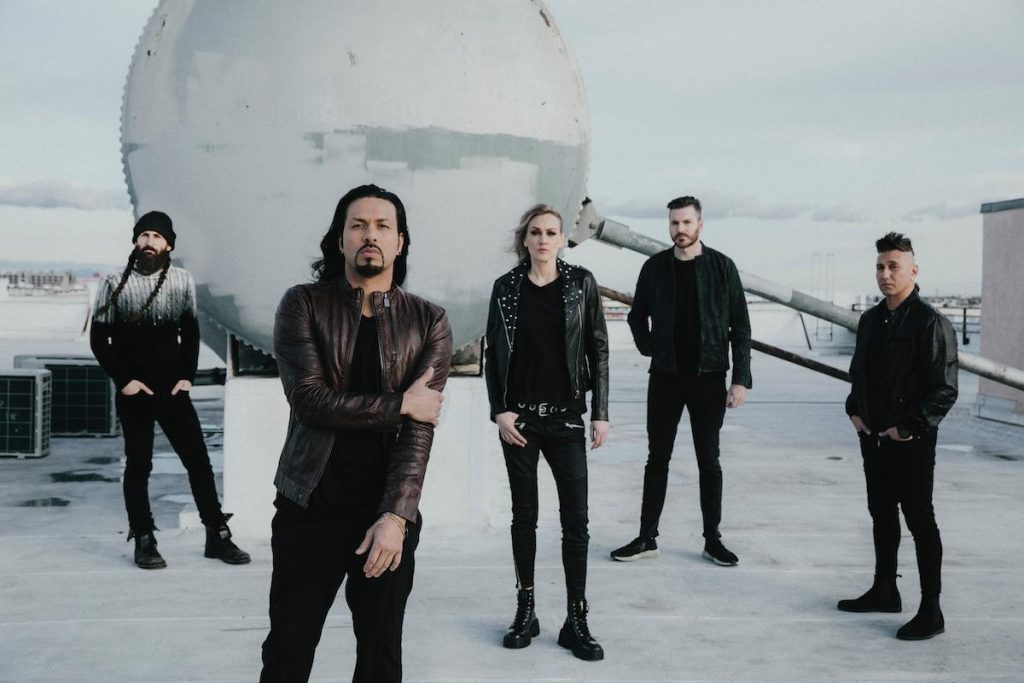 2020 has been a strange year for American hard rock band Pop Evil. It should have been a year when they were extremely busy. They have a new album coming but instead of being out there on the road Covid-19 has seen them become restricted to just releasing singles for their fans. Mind you the release of singles like “Work” and “Let Chaos Reign” have made fans very excited… and that is something that lead singer Leigh Kakaty is very aware of when we catch up with him.

“All these songs were written way before the pandemic hit,” says Kakaty as we talk about the fact that their themes almost make them a soundtrack for what we are going through at the moment. “So it is very interesting how songs can almost predict the future in a way. These themes are hitting hard now, they are hitting harder now then what they even did back then.”

That discussion leads us both to start talking about the foundations of these tracks. “They all came out of the writing process of what is going to be out sixth studio album,” he explains. “I just went out and the band really trusted me this time. They don’t write a lot of lyrics so I just needed to go out and write, but to also go out and see where my mind was. So I was out in LA and I just thought ‘you know what we really have to go hard on this record… it is a statement record.’ We’ve done five albums so I knew that we needed to weed out the crap and amp up the stuff that we had done well.”

“The one thing that I knew that I wanted was infections guitars,” says Kakaty continuing. “When we go back over our back catalogue you can hear that the choruses are very alive but there are also a lot of words… so there is not much of an opportunity for the music to do the talking so I decided that this time around that I really wanted everything to be very guitar driven.”

“Work” and “Let Chaos Reign” are out now. You can hear the full audio interview with Pop Evil above.