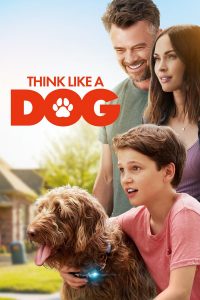 Summary: A twe;ve-year-old boy finds a way to communicate with his dog. While the Government hunts him down for his technology he decides to use his dog’s simple thoughts to help repair the relationship between his parents. 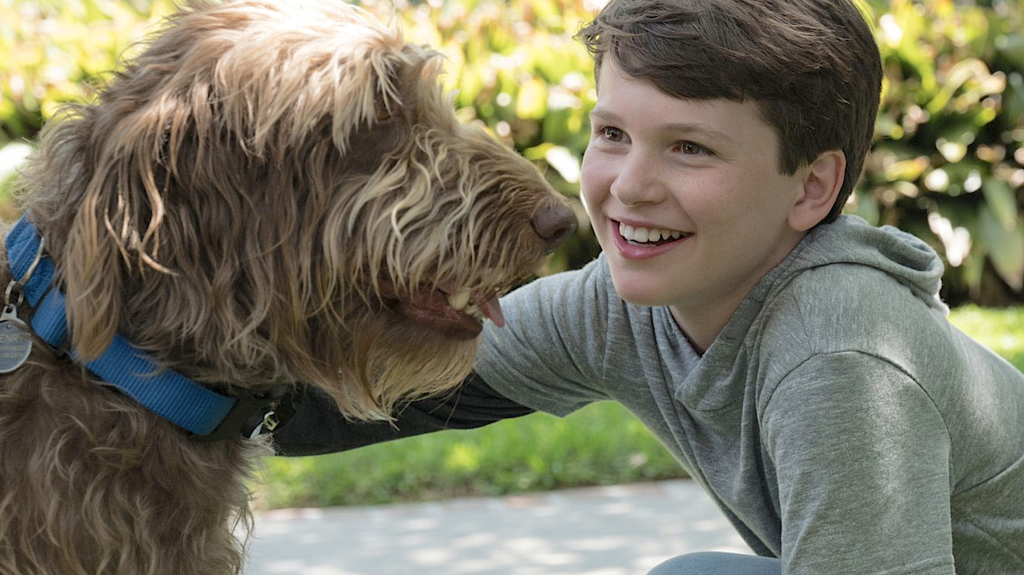 For a long time family films were a dull, boring affair that seemed at times to not even work for kids. Sure you had those that marked a generation like Frozen but few were entertaining or mature enough to provide any entertainment for the adults that were forced to watch them with their kids. The 2020 cinematic year seems to have bucked that trend though with films like Spies In Disguise, Sonic The Hedgehog and My Spy offering something for kids and adults alike. Now we can add another film to that list – Think Like A Dog.

To be honest we should have expected the film to have a certain winning formula. After all it is written and directed by Gil Junger, a man who may not be a house-hold name but has worked on some of television’s most popular comedies over the years including Dharma & Greg and Ellen. Then there is the fact that the film stars Hollywood A-Listers Josh Duhamel (Safe Haven) and Meagan Fox (Teenage Mutant Ninja Turtles) star in the film – gone are the days when star’s managers let them make mistakes like The Pacifier. Through in child actor Gabriel Bateman who did amazing things in Child’s Play and Lights Out and you can certainly see why this film should work. The best thing is it does.

Bateman plays Oliver a twelve-year-old prodigy whose science experiments stun those around him. At school he is excelling, while of course trying to attract the attention of his class-mate Sophie (Madison Horcher – Adventures In Babysitting), but he is not so smooth when it comes to inter-acting with the opposite sex. He also faces stresses with his home life as it becomes more and more obvious that his Mum (Fox) and Dad (Duhamel) are heading for divorce.

But then his latest experiment doesn’t go the way he planned and he finds himself being able to communicate with his dog. Together the duo come up with a way to help try and keep Oliver’s parents together but they soon find themselves in trouble when a tech-billionaire known as Mr Mills (Kunal Nayyar – The Big Bang Theory) wants the technology for himself and they inevitably attract the attention of the US Government.

While the film does have star power the key to this film working is the A-Grade screenplay from Gil Junger. The film works because its script captures the magic that made films and television shows like The Wonder Years and Spy Kids work so well for families. Junger knows that when it comes to writing for families you can’t make things cheesy, no matter how ridiculous the storyline is, and it is okay to tackle topics that kids maybe facing in real life.

While it would be really easy to dismiss Think Like A Dog as ‘just’ a talking dog movie, the film goes a lot deeper than that. In modern society a parent’s imminent separation is something that a lot of children will face. Here Junger explores the situation through the eyes of a child yet doesn’t suger-coat it either.

Likewise with the humour of the film. There is humour in the film but it never becomes that cheesy type of humour that has made so many family films unwatchable over the years. Junger seems to find the right mix – he makes the Government Agents bubbling and comedic without ever making them a complete joke. The same when it comes to the film’s nemesis. It would have been really easy for Mr. Mills to have been written as a Jim Carrey bad guy especially considering he was being played by a television comedy star. Instead making Millls a believable character makes his actions even more sinister, especially when he is trying to lure the kids into his trap.

So much comes together and works well for Think Like A Dog to be such a good family film. Gabriel Bateman acts well beyond his years, Duhamel and Fox put in mature performances that just show they need to be taken seriously as actors while Kunal Nayyar takes a huge step up and shows that he has a future outside of Big Bang Theory. However, the very special ingredient here is an amazing screenplay that allows this film to work for family members of all ages.