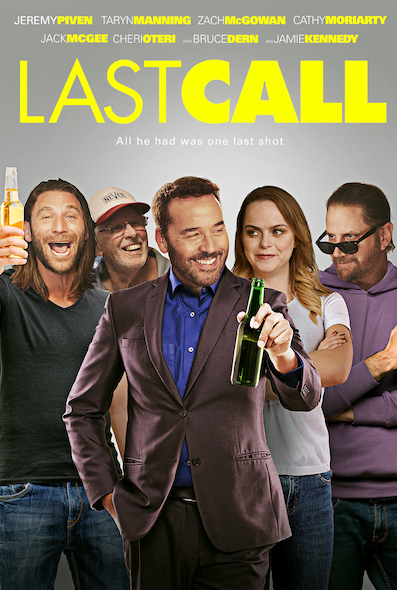 The Movie Partnership is excited to share the first look at their brand new comedy Last Call, whichis coming to all major Digital Download platforms on 29th March. Last Call follows local success story and real estate developer, Mick (Jeremy Piven) as he returns home to Philadelphia. As he begins to reconnect with the neighbourhood he grew up in and the people he left behind, he finds himself at a crossroads when forced to decide either to demolish or resurrect the family bar.  The film boasts an all-star cast that includes Jeremy Piven (Entourage, Mr Selfridge), Bruce Dern (Nebraska, The Hateful Eight), Taryn Manning (Orange Is the New Black), Cathy Moriarty (Raging Bull), Jamie Kennedy (Scream) and Jack McGee (The Fighter).

Director Paolo Pilladi said of his inspiration for the film: “I was raised in the Overbrook section of West Philadelphia, a blue-collar, immigrant enclave of compacted row homes, butcher and barber shops, bakeries, and bars. Just across the city line is Upper Darby, the town that was the inspiration for Last Call. Suffice to say, I knew this world intimately. I am of this world.”
LAST CALL is coming to Digital Download on 29th March