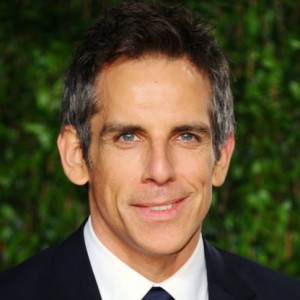 Ben Stiller is one of those actors/directors that has had a love/hate relationship with the entertainment industry over the years. While he hasn’t always been received with praise by critics for his work his work on films such as ‘Zoolander’, ‘Tropic Thunder’ and the amazingly successful ‘Fockers’ franchise has seen him gain a legion of fans that have always made sure that his films do well at the box office.

Benjamin Edward ‘Ben’ Stiller was born on the 30th Nov, 1965, in New York City. He was born into a family that was already firmly entrenched in the entertainment world. His father, Jerry Stiller was already known as a major film star and over the last decade has won over more fans with his dual roles of angry fathers in both ‘Seinfeld’ and ‘King Of Queens’. His mother, Anne Meara is also an accomplished actress who has appeared in films such as ‘The Daytrippers’ and ‘Sex And City: The Movie’.

From a very early age it was obvious that Ben was going to follow in his famous parents’ footsteps and he began making films with a Super 8 camera when he was just ten years old. This soon turned him to doing some work with a children’s theater and eventually guest starring in his mother’s television series ‘Kate McShane’. Just to show that a family that acts together stays together Ben has worked with sister, Amy on ‘Reality Bites’,’ Dodgeball: A True Underdog Story’ and ‘Zoolander’, his mother on ‘Zoolander’ and ‘Night At The Museum’ and his father on ‘Zoolander’, ‘Heavyweights’, ‘Hot Pursuit’ and ‘The Heartbreak Kid’.

While he was studying at The Cathederal School of St. John The Divine and later the Calhoun School Stiller started to develop an interest in stand-up comedy and started to get work on the cabaret circuit and won a role in the soap opera ‘Guiding Light’. After he graduated from high school he went on to study film at UCLA but soon dropped out and instead started to build a successful theater career that saw him act in some Tony Award winning productions.

Soon he was getting television and film work in ‘Empire Of The Sun’, ‘Miami Vice’ and ‘Frasier’ while his work on ‘Saturday Night Live’ saw MTV sign him up to make ‘The Ben Stiller Show’ which ended up winning an Emmy Award.

While this show started to see him win over some fans he became a household name after his work on ‘Reality Bites’ a film which also starred Ethan Hawke and Winona Ryder. Despite this being a serious film he soon made a niche for himself in comedy films like ‘Happy Gilmore’, ‘The Cable Guy’, ‘There’s Something About Mary’, ‘Mystery Men’, ‘Meet The Parents’, ‘Zoolander’, ‘The Royal Tenenbaums’, ‘Along Came Polly’, ‘Starsky & Hutch’, ‘Dodgeball: A True Underdog Story’, ‘Anchorman: The Legend Of Ron Burgundy’, ‘Meet The Fockers’, ‘Night At The Museum’, ‘The Heartbreak Kid’, ‘Tropic Thunder’, ‘Night At The Museum 2’, ‘Little Fockers’ and ‘Tower Heist’. He has done fine work as a voice actor on the popular ‘Madagascar’ animated franchise.

Stiller has also directed and produced a number of his projects over the years and has won a number of awards including an American Comedy Award and of course an Emmy Award for ‘The Ben Stiller Show’. He also well known for working with his frat pack that consists of Will Ferrell, Jack Black, Vince Vaughn, Owen Wilson, Luke Wilson and Steve Carrell.

When it comes to his personal life Stiller has amazingly been able to keep a lot of aspects of his life private, although it is known that he has dated people including Amanda Peet, Calista Flockhart and Jeanne Tripplehorn over the years before marrying Christine Taylor (who he has appeared in ‘Heat Vision And Jack’, ‘Zoolander’, ‘Dodgeball: A True Underdog Story’ and ‘Tropic Thunder’ with) in May, 2000. Together they have two children – Ella Olivia Stiller (born 9th April, 2002) and Quinn Dempsey (born 10th July, 2005). Quinn has already joined his father and done some voice work on the ‘Madagascar’ franchise.

There is also a political and activism side to Ben Stiller. He has been loud in his protest against Japanese whaling and the slaughter of dolphins and in 2004 he donated money to John Kerry’s election campaign. He backed this with later supporting Barack Obama, Hillary Clinton and John Edwards.

There is no doubting that when people look back over Ben Stiller’s career they will see that he is one of the most successful comedic actors of modern times and he’s about to find more success at the box office with another ‘Zoolander’ and ‘Madagascar’ film set to hit the screens over the next couple of years.