“As cinema lovers return to theatres across the country we are thrilled to be bringing TENET, Christopher Nolan’s latest epic, to the big screen,” Said Joel Pearlman, CEO Roadshow Films. “Fans of Nolan’s work know the scope and scale of his films are made for the theatrical environment and as we countdown to the opening of this latest global film event, we are excited to offer his classic INCEPTION in cinemas on its 10th anniversary, July 16th.”

John David Washington is the new Protagonist in Christopher Nolan’s original sci-fi action spectacle “Tenet.” Armed with only one word—Tenet—and fighting for the survival of the entire world, the Protagonist journeys through a twilight world of international espionage on a mission that will unfold in something beyond real time. Not time travel. Inversion. The film also stars Robert Pattinson, Elizabeth Debicki, Dimple Kapadia, with Michael Caine, and Kenneth Branagh.  Nolan wrote and directed the film and also produced with Emma Thomas.

“Inception,” a 2010 science fiction action film written and directed by Nolan, who also produced the film with Emma Thomas, stars Leonardo DiCaprio as a professional thief who steals information by infiltrating the subconscious of his targets. He is offered a chance to have his criminal history erased as payment for the implantation of another person’s idea into a target’s subconscious. The ensemble cast includes Ken Watanabe, Joseph Gordon-Levitt, Marion Cotillard, Ellen Page, Tom Hardy, Dileep Rao, Cillian Murphy, Tom Berenger, and Michael Caine.

Interstellar Hits #1 At The Box Office

Interstellar has launched into the number one spot at the Australian box office, taking $4.176 million on its opening weekend.

With our time on Earth coming to an end, a team of explorers undertakes the most important mission in human history: travelling beyond this galaxy to discover whether mankind has a future among the stars.

Interstellar was released nationally on November 6 and is rated M

Actors Who Started Their Careers In Sitcoms 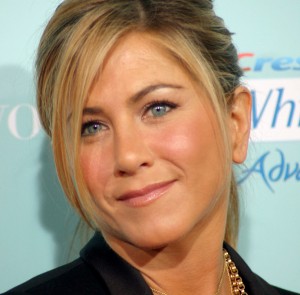 Television sitcom have been a popular form of entertainment for years. Today, shows such as “Big Bang Theory” and “Two And A Half Men” constantly dominate the ratings. The popularity of these sitcom make the stars of the show become household names, so it’s not a surprise that many of them decide to try their hand at big screen films. So let’s take a look at the big Hollywood actors who started off their careers on television sitcom.

Jennifer Aniston: In the 1990s, “Friends” was the biggest sitcom on television. It seemed like everybody right around the world tuned in to see their five friends each week. It was therefore no surprise that Matt Le Blanc, Matthew Perry, Lisa Kudrow, Courtney Cox and Jennifer Aniston decided to all try their hand at big screen acting. For Matt Le Blanc, it didn’t take off – Kudrow, Cox and Perry found a small amount of success but Jennifer Ainston hit the big time. While “Friends” was still airing, Aniston showed she had what it took to make it outside the television world by appearing in films such as “Picture Perfect,” “Rock Star” and “Bruce Almighty.” However, it was after “Friends” ended that she became one of Hollywood’s most bankable stars and since then has appeared in notable films including “Marley & Me,” “He’s Just Not That Into Me,” “Just Go With It,” “Horrible Bosses” and one of the best comedies of 2013 – “We’re The Millers.” Yes, Jennifer Aniston is very much a Hollywood A-Lister.

Joseph Gordon-Levitt: Joseph Gordon-Levitt was always destined to be a sitcom star. One of his earliest acting performances was in “Family Ties,” while as a teenager he became known for his role as a teenage alien in the kooky “3rd Rock From The Sun.” After the show folded in 2001, it did take Gordon-Levitt a little bit of time to establish himself as a serious actor. Roles in movies like “Mysterious Skin” and “Brick”saw him receive critical acclaim but only minimal popularity. That has certainly changed over the last few years though when he has acted in huge blockbusters like “Inception,” “The Dark Knight Rises” and  Looper.” While he has also been great in those films, he has kept the critical reception going by also appearing in “(500) Days Of Summer” and “50/50.”

Steve Carell: There is no doubting that one of the funniest men on the planet these days is actor Steve Carell. Carell had done a number of television shows over the years before he was selected to star in the American version of “The Office” playing the big boss himself Michael Scott. Since taking on the role, Carell has gone from hit movie to hit movie. He has made a name for himself in comedy circles with films like “The 40 Year Old Virgin,” “Evan Almighty” and “The Incredible Burt Wonderstone,” while more serious films like “Little Miss Sunshine,” “Dan In Real Life” and “The Way Way Back” has shown that he is an actor that is capable of so much more than just comedy. He is such a big star these days that he even got to live out one of his dreams and play Maxwell Smart on the big screen.

Leonardo DiCaprio: Yes, one of the biggest actors of today actually made his start into acting in television sitcom. One of DiCaprio’s first appearances on screen came in 1990 when NBC tried to turn the movie “Parenthood” into a television sitcom. After it failed, DiCaprio then appeared in the final season of “Growing Pains” as a young homeless person who came to live with the Beaver family. That was of course before DiCaprio wowed film lovers with his performances in films such as “The Basketball Diaries” and “What’s Eating Gilbert Grape.” Of course, today DiCaprio is still hot Hollywood property working regularly with the legendary director Martin Scoresese, while also appearing in big blockbusters such as “Titanic,” “Inception,” “The Great Gatsby” and “Django Unchained.”

Robin Williams: Perhaps one of the most famous actors to come out of a television sitcom has been Robin Williams. Over the years, Williams has appeared in iconic films such as “Dead Poets Society,” “Good Will Hunting” and “Jumanji,” but it seems that most people forget that the role that made him famous was playing naive alien York in television sitcom “Mork & Mindy” which hit the airwave in 1978. His character of Mork also crossed over to be with The Fonze in “Happy Days.” You can only wonder how many people who tuned into “Mork & Mindy” would have predicted that the zany Robin Williams would have one day freaked out audiences in the chilling “One Hour Photo.”

With so many sitcom stars today considered Hollywood royalty, you can only watch the modern day sitcoms and wonder who will be the next Jennifer Aniston or Leonardo DiCaprio in ten years’ time. 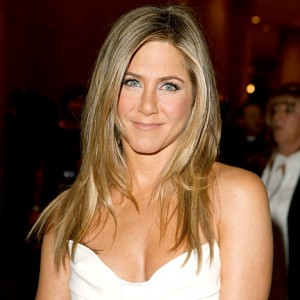