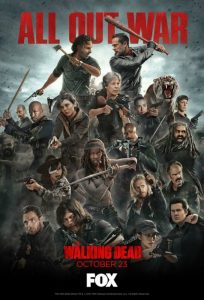 Entertainment One Australia have announced the complete eighth season of       THE WALKING DEAD will be available to buy on iTunes and other digital platforms from April 17.

With season 9 set to embark on a new narrative, the latest season of THE WALKING DEAD is a          pivotal point in the show’s history and is a ‘must own’ for fans of the show. The digital release of   THE WALKING DEAD season 8 is the only opportunity to own the whole season ahead of the physical release on DVD & Blu-ray later this year.

In Season 8, Rick Grimes (Andrew Lincoln) brings “All Out War” to Negan (Jeffrey Dean Morgan) and his forces. The Saviors are larger, better-equipped, and ruthless, but Rick and the unified communities are fighting for the promise of a brighter future.  The battle lines are drawn as they launch into a kinetic, action-packed offensive.  Planing 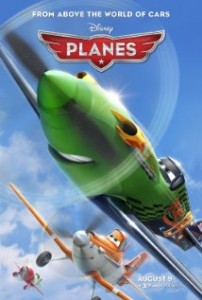 Audiences are fastening their seatbelts as “Disney’s Planes” prepares to take off this September.  Joining the cast will be Australia’s very own Jessica Marais as Rochelle, in a localised version of the feature for Australia and New Zealand.

Jessica’s character Rochelle is a tough racer and the pride of the Wellington Range.  Always confident and capable, she got her start running mail to small towns in Tasmania. Rochelle developed a knack for fast travel that ultimately inspired her to give air racing a try. She is relentlessly pursued by charmer El Chupacabra, but steadfast Rochelle is much too focused on winning the race to return his affections.

Jessica Marais can currently be seen in the second season of Magic City, opposite Jeffrey Dean Morgan and Olga Kurylenko, for the Starz network. In 2013, Jessica will star in the title role in ABC’s telemovie Carlotta, and the Nine Network’s new drama series, Love Child.

Prior to graduation, she secured a role in her first feature film Two Fists One Heart and a leading role in Network Seven’s Packed to the Rafters which has now become Australia’s highest rating family drama series.  Her role as ‘Rachel Rafter’ on the hit show earned her two Logie Awards in 2009 for Most Outstanding New Talent and Most Popular New Female Talent as well as a further four nominations for Most Outstanding Actress and Most Popular Actress.  In 2011, Jessica was also nominated for the Gold Logie Award for Most Popular Personality on Australian Television.

From above the world of “Cars” comes “Disney’s Planes,” an action-packed 3D animated comedy adventure featuring Dusty (voice of Dane Cook), a plane with dreams of competing as a high-flying air racer. But Dusty’s not exactly built for racing—and he happens to be afraid of heights. So he turns to a seasoned naval aviator who helps Dusty qualify to take the defending champ of the race circuit.   Dusty’s courage is put to the ultimate test as he aims to reach heights he never dreamed possible, giving a spellbound world the inspiration to soar.

“Disney’s Planes” takes off in cinemas for the September school holidays and will be presented in Disney Digital 3D™ in select cinemas.