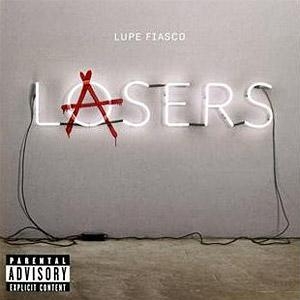 Many of the genre’s most hardened fans would admit that, over the past decade, true rap/hip-hop has been replaced by some kind of commercial hybrid that sees artists wanting to rhyme about bling, girls and clothing rather than deliver political comments like the rappers of old. But here’s where Lupe Fiasco is willing to step up and separate himself from the rest of the pack. His latest album, Lasers, sees Fiasco deliver an album that most old-time fans would certainly be proud of.

The lead-off track, “Letting Go,” sees Sarah Green join Fiasco and show everyone that commercial R&B can still sound good. Lupe Fiasco then stands up and delivers one of the most rap tracks to see the light of day for a very long time. “Words That I Never Said” sees Fiasco take a huge swipe at Muslim Jihadists and then turns the tables by taking aim at the United States for its war on terror. He really doesn’t hold back.

If you have any doubts about why Lupe Fiasco is in the music industry, then one quick listen to “Till I Get There” will change your mind, while the extremely electronic “I Don’t Care Right Now” is just screaming to be the next radio single. Then Trey Songz teams up with Lupe Fiasco for what is clearly the worst track on the album. “Out Of My Head” may sound like a song that would have been perfect for Michael Jackson, but it certainly doesn’t do Lupe Fiasco any good.

The very commercial “The Show Goes On” is certainly a terrific track, but being overplayed on radio and television has made it lose its message. However, Lasers picks up again with “Beautiful Lasers (2 Ways),” which allows the world to see what a great songwriter Fiasco really is.

“Coming Up” is a real shocker, but if you can get past the cheesy onslaught of “State Run Radio,” you will indeed see that it contains a powerful message. Lupe Fiasco’s love of all things electronic continues with “Break The Chain,” and then he gets deeply political with the brilliant “All Black Everything.” The delightful John Legend then joins Fiasco on the smooth “Never Forget You.”

Lasers is more than just a good album. It shows just how talented Lupe Fiasco really is. Forget the likes of Usher and Kanye West—Lupe Fiasco is the real deal.

You wouldn’t know by listening to most of the rap/hip-hop that makes it to radio today but there was once a time when rappers used their music to get across their feelings. Not how they feel about ‘bitches or hoes” or how much bling they have, but instead their feelings about politics and other things close to their hearts. Well Lasers shows that Lupe Fiasco knows how to stay true to that old-style rap philosophy.

While the world has fallen at the feet at rappers like Usher and Kanye West, the very talented Lupe Fiasco has been plying his trade in the shadows and now Lasers sees him break-out into the spotlight and truly announce himself as one of the best rappers going around at the moment.

Lupe Fiasco teams up with Sarah Green on “Letting Go” and shows the world that not all commercial R&B has to be crappy and lame, and then he really announces himself with “Words That I Never Said”, a track that seems call the War On Terror bullshit while also taking a swipe at some Muslims… see a rapper that has the guts to come out and say what he feels.

“Till I Get There” sees Fiasco get heartfelt about his career and why he is in the rap game while the very-electronic “I Don’t Care Right Now” is catchy enough to be the next radio single. “Out Of My Head” sees Fiasco team up with Trey Songz and momentarily head down the commericial track with a song about a girl, it doesn’t fit his normal style and the only thing that saves it from being a complete disaster is that it has a real Michael Jackson sound to it.

“The Show Goes On” is an amazing track but you can’t help but wonder if the fact that it has been played to death on Australian TV may mean it has lost it’s heartfelt message. MDMA steps up to the mic on the emotional “Beautiful Lasers (2 Ways)” and once again Fiasco’s great songwriting abilities are on show.

“Coming Up” is a truly forgettable song while :State Run Radio” may sound cheesy but if you listen carefully it takes a fair swipe at modern radio and the military. Fiasco mixes his styles up with the Ministry Of Sound-esque “Break The Chain” and then takes his fans on a poetic history listen with the very important ‘All Black Everything”. Lasers then closes with the smooth “Never Forget You” which is sung with true meaning by Fiasco and John Legend.
Rating: 4.5/5 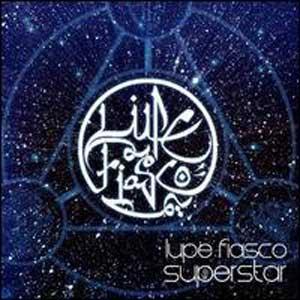