[FEATURE] A Look At COLOURSOUND STUDIO 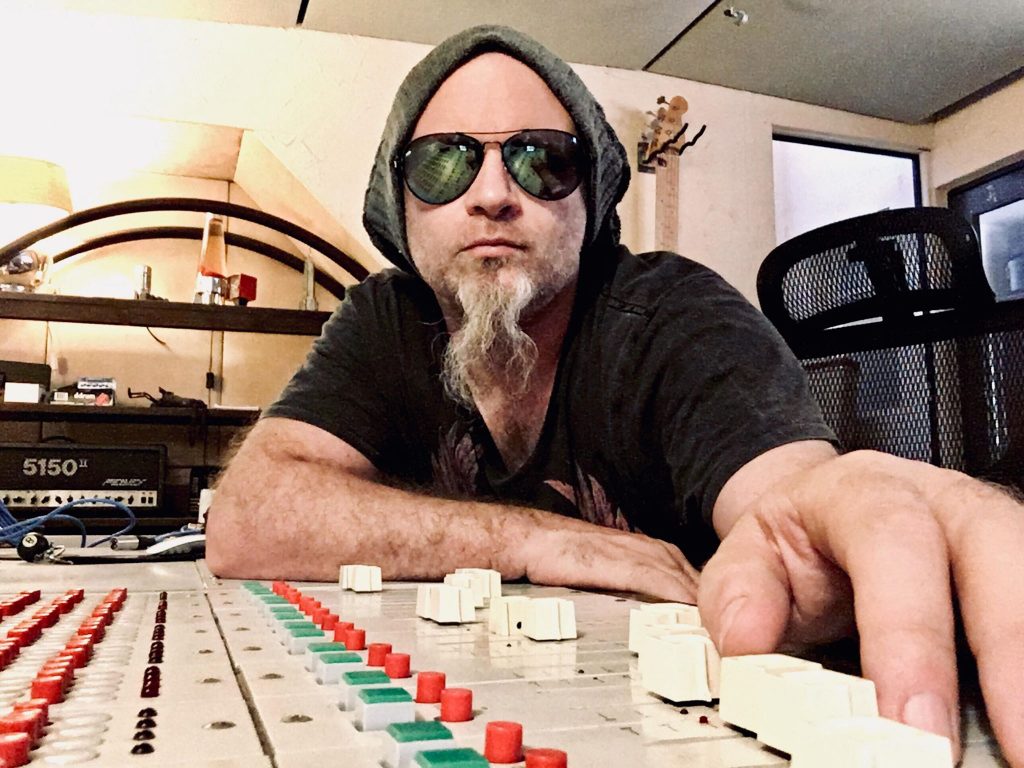 You wouldn’t know it if you walked past but nestled away behind some shops in Pier Street Altona sits one of the Melbourne’s most exciting recording studios. Owned and operated by Melbourne musician Mat Robins Coloursound Recording Studio is already beginning to carve out a history for itself in the Melbourne music scene as bands like The Baby Animals and The Dandy Warhols have already used its services.

Talking to Robins you release that this is a man that lives and breathes music, it runs through his veins and the passion in obvious in his voice. “I think like anyone I kind of just fell into it,” he says when I ask how he started out in the music industry. “Everyone has a drive or passion for something and they usually steer a way towards that so for me it was playing in bands as a kid, and I still play in bands now, but when I was playing in bands as a kid I was always looking over the shoulder of the engineer in the studio. I was always very much wanting to know about that stuff but not really understanding it, but over time you just take those small steps forward and you try stuff and you tick off stuff and then that turns into what it is today… whatever that is going to be, for me that is running a studio and managing artists… and I love it, it is a great thing.”

Robins’ musical journey begun with his parents listing to ELO and The Beatles at home and then turned to him starting his first band during his teenage years with the 90s grunge inspired Thimble Eye, today he is a member of Cicada Stone who recently played in a Bushfire Relief Concert for Silverback Touring.

Now he spreads his time across Cicada Stone and Coloursound two things he really enjoys. “Coloursound in its current form has been in Altona for the last ten years, it has been a steady growth procession. My journey started at home, I was recording on anything that I could afford and then I kept upgrading and buying this and buying that, then we moved into a garage and then into a more permanent space here in Altona. The concept was that I didn’t want to set up a studio like everyone else’s studio. Years ago I went into Hothouse Studios in St Kilda for a session and I just loved the idea of a studio being hidden away on a main street, you have life at your fingertips, whatever you need is just outside and all the studios I had been in in the past had been in warehouses or backyards and life was quite difficult.”

“So what I wanted to do was set up a studio that emulated that whole Hothouse concept,” he says continuing. “So when I set up Coloursound it was based on that – it is on a main street, it is hidden away behind shops, it is right near a beach – it’s a really good spot. It’s not even a big studio – I’ve got a control room and a main room for tracking, a couple of isolation booths, but it is amazing what you can get away with in a dedicated small space. I don’t even have a lot of equipment, I’ve got a nice vintage console, some really tasty microphones, but it is not about the equipment it is about how you use the equipment and it is about how you approach the songs.”

As the studio has grown over the years Robins says he has had a number of highlights. “Highlights would have to include getting in anyone,” he says with a laugh. “I think it is a highlight that anyone would go ‘hey, I believe in you and I believe that you can do something with my song.’ That is the greatest compliment, but if I were to drop names we’ve had some great artists in here. Locally we’ve had bands like Palace Of The King and Warbirds come in recently. Some international bands that I’ve had have been I had The Dandy Warhols in here recording drums for an album they did a few years ago… that really blew me away to have a band of such a calibre recording in Melbourne, especially at my place. We’ve had Whitfield Crane come in and when those sessions happen you kind of sit back and think ‘Shit, I never thought I would have people like this in my place.’ I mean I had Suzi DeMarchi in here with The Baby Animals and it is pretty amazing when stuff like that happens.”

Of course along with the highlights come the challenges and Robins says he has faced some of them along the way as well. “Honestly the biggest challenge is keeping the doors open,” he admits. “And I think any studio will say that. On the outside every studio always looks busy, everybody is trying to make themselves look bigger than they are but the reality is it is a small industry here – it is very niche. And with modern technology the way that it is, and I am all for it, modern technology is taking the power out of the studio and into the home and that is a good thing, people should be expressing themselves and doing their own thing but it doesn’t help established studios keep the bills paid. So that has been the biggest hurdle – finding projects where bands want to invest into a studio. And also for bands to invest into albums is getting harder and harder to pick up, bands are happy to do the single or the EP but finding an album project seems to have got harder over the past few years, maybe it is the sign of the times – bands don’t really want to do albums anymore.”

Aside from offering recording services Robins has also started to run workshops at Coloursound where he can pass on valuable information to people looking to learn more about the industry. “Over my time I have learnt a lot,” he says humbly. “I always find that I love talking about this stuff and I just realised that there is nothing wrong with passing on this information so I set up a workshop and it is a good way to fill in the days that aren’t busy here and there is always someone who has reached that point where they need to have a breakthrough and doing this kind of workshop can certainly unlock that for someone. I know I would have loved that when I was teenager trying to learn this stuff at home, if there had been a weekend style workshop that I could have done that would have been great.”

Melbourne is lucky to have a studio like Coloursound so if you are looking to work on that next project you may want to go down and spend some time with Mat Robins to get it done.