Summary:  Natasha Romanoff confronts the darker parts of her ledger when a dangerous conspiracy with ties to her past arises.

Despite the fact she has many people’s favourite Avenger it was easy to start to think that Black Widow was the forgotten Avenger. Hardcore Marvel fans were furious when Captain Marvel became the first female led Avengers movie, they saw it as disrespectful to Black Widow who had basically been there since Day One.

Well now Black Widow gets her chance and finally actress Scarlett Johansson (Lost In Translation) gets her chance to step up in a film that not only tells the origins story of Black Widow but also fills in the gaps of what happened to her in between Civil War and Infinity Wars.

While Natasha is on the run from Secretary Ross (William Hurt – Lost In Space) she reunites with Yelena and despite a testy relationship they decide to find Melina and Alexei and get them to help hunt down the man who created them and now wants them dead – the evil Dreykov (Ray Winstone – The Departed).

The early stages of this film have Shortland’s DNA all over them. When it comes to directing Shortland normally prefers gritty dramas and early on it feels like Black Widow is going to be more like an episode of Alias or La Femme Nikita then anything we have ever seen in the Marvel universe previously. To be honest that look and feel suited what kind of film Black Widow should be and it was almost disappointing when the film seemed to capitulate about halfway through and become yet another all action and very little plot clog in the Marvel machine.

That is not to say that Black Widow is not an enjoyable film – it is to a certain extent. But you would have to stay that the clichéd ending to the film makes it an average film rather than the brilliant film that could have changed Marvel forever if it had continued with the Shortland hard-edge that the film had during the open scenes. Most of the disappointing aspects of Black Widow lay with the screenplay – the finale is derivative of the end action sequences of Captain America: The Winter Soldier and introduces us to a villain that wouldn’t be out of place in one of the lamer James Bond films.

On the plus side though are the acting performances. Johansson shows that she deserved her own Avenger film a lot sooner with a performance that shows both heart and pure action skills no matter what she has to do during a fight sequence. David Harbour steals the show with his comedic timing while Florence Pugh puts in a brilliant performance and it is exciting to know that we get to look forward to her character returning in Hawkeye later this year. Eager fans will notice that the post-credit scene with Black Widow strongly shows how she will enter into the Hawkeye series.

While some people feared that Shortland’s style of filmmaking would not fit the Marvel universe the truth is that her style almost pulled off one of the best Marvel films to date… it’s just sad that it was pulled back by her overly Marvelised ending. The film does hold up due to the acting performances of its leads but it could have been so much better.Black Widow is currently available on Disney+ and will be released in Phuket cinemas on July 29th.

You can read our review of Black Widow in The Phuket News here – https://www.thephuketnews.com/black-widow-return-of-a-true-marvel-80707.php 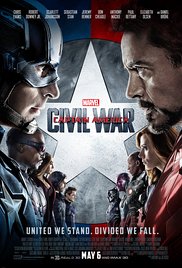 Summary: As the government asks the Avengers to be brought together under the one umbrella Tony Stark/Iron-Man (Robert Downey Jnr.) and Steve Rodgers/Captain America find themselves going to war as they both stand for their ideals.

So far 2016 has delivered mixed results for comic book fans right around the world. While we were very impressed with the way that Deadpool stuck to the comic itself despite the possibility of making it a cinema unfriendly film we were all disappointed that Batman vs Superman: Dawn Of Justice didn’t live up to the dizzying heights we all wanted it to. With those results echoing in our heads we all approached Captain America: Civil War with some trepidation. Even as a series in itself Marvel’s Avengers series has been up and down. While Captain America: Winter Soldier was a brilliant film, Avengers: Age Of Ultron was a bit of a letdown. Well you can all take a big breath and relax comic book fans because Captain America: Civil War delivers with a massive payload.

For those that haven’t read the comics surrounding the Marvel Civil War series Captain America: Civil War sees Steve Rodgers/Captain America (Chris Evans – Snowpiercer) go head-to-head with Tony Stark/Ironman (Robert Downey Jnr. – The Judge) after Rodgers decides that he can’t be part of the Avengers if it means they now have to answer to Government department… as he points out Governments can have agendas. With pressure mounting after a mission led by Captain America, Falcon (Anthony Mackie – The Hurt Locker), Scarlet Witch (Elizabeth Olsen – Godzilla) and Black Widow (Scarlett Johansson- Lucy) ends in civilian casualties Stark is quick to sign the agreement but Rodgers refuses.

Tensions rise even more when the new Government led Avengers are asked to bring in Bucky Barnes/Winter Soldier (Sebastian Stan – The Martian) after he is blamed for a terrorist attack. Something that Rodgers believes he is innocent of. Cue the war.

When leaving the cinema after the premiere of Captain America: Civil War one thing was going through my mind, and that was that the Russo Brothers who directed this film and true action film geniuses. Trying to fit so many comic book characters into one film could have failed really badly. In their hands it doesn’t. For many directors (I’m looking at you Zack Snyder and Michael Bay) this film would have been an excuse to throw characterisation right out the window and instead just concentrate on explosions and fighting galore. That isn’t the case here, while the film not only allows fans to know exactly how each Avenger is feeling as the split happens we also get an introduction to two new Avengers – Black Panther (Chadwick Boseman – Gods Of Egypt) and Spider-Man (Tom Holland – In The Heart Of The Sea) and get a real feel for their characters despite the fact that time doesn’t allow for a huge introduction into their lives.

The characterisation really comes to the fore though with the friendship breakdown between Steve Rodgers and Tony Stark though. This isn’t just simply raised fists at twenty paces like it was in Batman vs Superman, no Civil War really allows the audience to see the pain the two men are going through as their friendship erodes and as a result it is easier to understand exactly what leads to the battles that we end up witnessing.

Having said that though the Russos have not forgotten that a movie like this needs action sequences and boy do they deliver on that level. If you were impressed with the action scenes in Winter Soldier then you are going to be blown away with what you see here. While Iron Man and Captain America’s hand-to-hand battle is something that every true comic book fan is going to savour what really steals the show here is the amazing car chase involving Falcon, Cap and Winter Solider, and then of course the epic airport battle that is truly Avenger vs Avenger with battle lines drawn. While the Russos make this scene look good, they also bring in some creative use of the environment around the characters and also manage to deliver some light hearted moments made possible by the smart-ass antics of Spider-Man and Ant-Man (Paul Rudd – Role Models). You wouldn’t think that action and comedy would gel so well together, but somehow the Russos manage to pull it off. So impressive are what the Russos seem to be able to do with action sequences it has to be said that they are now the best action directors around currently and they are doing for the genre what James Cameron did with the Terminator films all those years ago.

So good is the screenplay for Captain America: Civil War that this is one of the first times in this franchise that the actors have really had a chance to show their skills. Robert Downey Jnr. brings his acting A-Game to this film, he seriously puts as much effort in here as he did in dramatic films like The Judge. Even Chris Evans shows that he is more than just a pretty boy actor while Paul Rudd is backed up the comedic stakes by Tom Holland who brings a fresh new feel to the Spider-Man character. While it does take a bit to get used to Holland as Spider-Man his wise-cracking version of Peter Parker does grow you and by the time he exits the screen you find yourself looking forward to the forthcoming Spider-Man movie.

Captain America: Civil War is what we all dreamed it would be… it fact it goes beyond expectations. If it wasn’t just a little bit long you would have to say that it is the perfect action film. With spectacular action sequences, great suspense and a well-written screenplay this is one film I am going to watch over and over.

You can hear Adam Ross’s Captain America: Civil War review on The Good The Bad The Ugly Film Show Ep #174.

You can hear Nick Gardener’s Captain America: Civil War review on The Good The Bad The Ugly Film Show Ep #174. 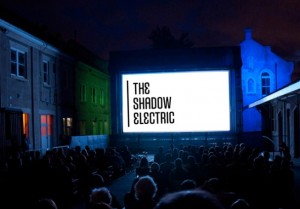 Thanks to The Shadow Electric Open Air Cinema we have some double passes to giveaway to their screening of ‘The Big Chill’ on the 3rd January.  ‘The Big Chill’ is directed by Lawrence Kasdan and stars Tom Berenger, Glenn Close, Jeff Goldblum and William Hurt.

To enter our giveaway simply go to our Facebook page and tell us what you love about going to open air cinemas. 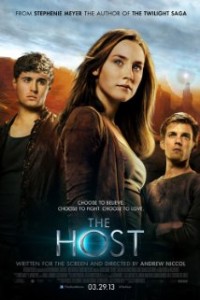 Summary: The Host is a riveting story about the survival of love and the human spirit in a time of war. Our world has been invaded by an unseen enemy. Humans become hosts for these invaders, their minds taken over while their bodies remain intact. Most of humanity has succumbed.

Dave Griffiths’s ‘The Host’ Review: Please check Dave’s review of ‘The Host’ that is available on the Helium Entertainment Channel.

Other Subculture Media Reviews of ‘The Host′: Check Episode #26 of our The Good The Bad The Ugly Podcast for a more in-depth review of ‘The Host’.