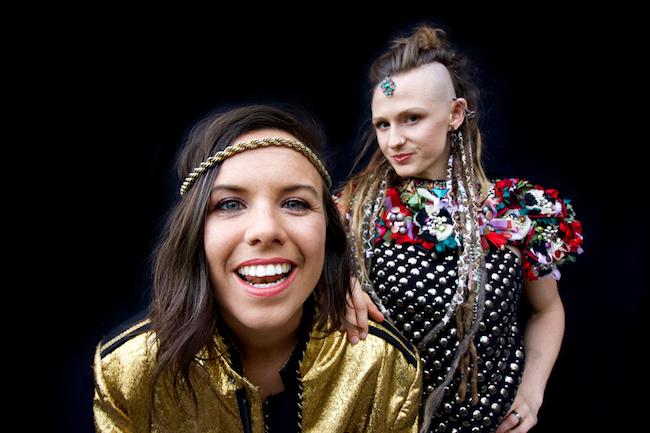 Gold Coast rockers Salt & Steel have just released their new single ‘Taste My Words’ and announced an Australian wide tour to celebrate.
‘Taste My Words’, is a powerful song inspired by the cycle of life and death. It shares the message that life is precious and can pass in a moment.
This is the third of four interlinked singles to be released following the themes of the elements Earth, Air, Water and Fire.
In the past year, Salt & Steel have opened for the likes of Wolfmother, The SuperJesus and You Am I, as well as touring nationally with their own headlining tours. They have garnered a huge dedicated tribe of followers and received coverage and support from national and international press and radio such as Triple J, ABC Radio National, AAA Backstage and many more.
’Taste My Words’ has been many years in the making, they could never really find the right way to express the song. ‘Taste My Words’ was recorded at Blind Boy Studios, Gold Coast with Brad Hosking (Amy Shark, Electrik Lemonade). It was here that they delved into creating a new depth of space and time for the song.
This song is dedicated to their friend, Josh Fairweather (1990 – 2019).
‘Taste My Words’ is now available for download on all major online stores.
SALT & STEEL
‘TASTE MY WORDS’ | TOUR DATES
7th Mar – Howl and Moan Records, Bryon Bay, NSW
Tickets available at door | All Ages
8th Mar – Scarborough Originals, Sunshine Coast, QLD
Free Entry | All Ages
13th Mar – Summertime Sessions, Gold Coast, QLD
Free Entry | All Ages
21st Mar – Crack ‘N’ Jack Festival, Newcastle, NSW
Tickets available at www.cracknjack.com | All Ages
22nd Mar – The Hideaway Bar, Sydney, NSW
Tickets available at www.oztix.com.au | 18+ only
26th Mar – The Basement, Canberra, ACT
Tickets available at www.oztix.com.au | 18+ only
1st Apr – The Tote, Melbourne, VIC
Tickets available at www.oztix.com.au | 18+ only
5th Apr – Grace Emily, Adelaide, SA
Free Entry | 18+ only
For more ticketing info please visit www.saltandsteelmusic.com