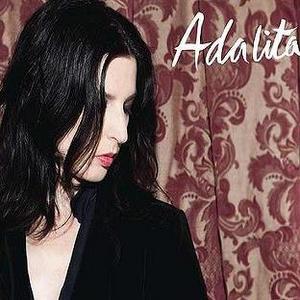 Recent times have been sad times for fans of the band Magic Dirt. Band member Dean Turner’s death was a shock to hardened fans, and making it even more heartbreaking was the fact that he was producing the band’s front woman Adalita Srsen’s debut solo album at the time of his death. This album has been long anticipated, with Adalita showing the world how good she is a solo artist after recording “Double Dare” for the Suburban Mayhem soundtrack. Lucky though, Turner’s death didn’t mean an end to this album.

Instead, Adalita makes her self-titled solo release a tribute to Turner, and as any great musician would, Adalita captures the melancholy feelings beautifully on the album. This, in turn, does bring a sadness to the album, which in some ways seems to enhance it. Unlike a lot of artists before, Adalita doesn’t allow her solo project to simply mirror her band (in this case Magic Dirt). In fact, the rough rock stylings of Magic Dirt are nowhere to be seen, and the best way to describe Adalita’s new style is severally experimentally.

The album is so far removed from what Magic Dirt fans have come to know and love that it will take some getting use to, but at least fans get to see that the slow style of tracks like “Hot Air” and “Perfection” do actually complement Adalita’s voice and allow her to portray emotion a lot easier.

The melancholy feel of the album is broken up by Adalita’s bringing a beautiful melodic chorus on “The Reporter” while a strong folk sound makes “Jewel Thief” stand out. However the best track on the album is clearly “Invite Me,” a track that allows Adalita to show just how good her song-writing abilities are. The tracks mix of spoken word and smooth lyrics takes the album to a higher level, and this is the kind of song that most music lovers will want to listen to over and over again.

“Lassa Hanta” reminds fans that Adalita is, in fact, a gifted musician and not a singer. This instrumental track is a joy to listen to, while “Good Girl” shares the “sadness” of the rest of the album but is also catchy enough to make you want to sing along. “Fool Around” is really heartfelt, while ‘Goin Down” and “Night Orchid” contain strong blues’ influences.

It is hard to see Adalita becoming an album that your average pop music fan will find themselves enjoying; no, this is more a work of art that will be enjoyed by a music connoisseur.

Adalita Srsen provided she had a promising career outside of Magic Dirt when she recorded “Double Dare” for the Suburban Mayhem soundtrack, she then teased her audience with the release of her 2010 EP which featured “Hot Air” the first single of her now released self-titled debut album.

Unlike a lot of artists before Adalita doesn’t allow her solo project to simply mirror her band (in this case Magic Dirt). In fact the rough rock styling’s of Magic Dirt and nowhere to be seen and the best way to describe Adalita’s new style is severally experimentally.

As you would expect Adalita is laden with sadness, not surprising considering that the album’s producer and Magic Dirt member, Dean Turner died during the album’s creation. As any great musician would Adalita captures the melancholy feelings beautifully on the album and you really do feel that the album is a tribute to Turner’s memory.

The slow style of “Hot Air” suites Adalita’s vocal styling and while this and tracks such as “Perfection” will take Magic Dirt fans a while to get to used to, you do actually soon find yourself loving the “sadness” the album portrays.

“The Reporter” sees Adalita break up the sad moody feel of the album by introducing a beautiful melody to the chorus while “Jewel Thief” continues the mellowness but also brings a strong folk sound in parts.

Perhaps the best track on the album though is “Invite Me” which showcases Adalita’s song-writing abilities and is a great mix of spoken word and smooth lyrics. It is the kind of song that any music lover will return to time and time again.

The melancholy but catchy “Good Girl” sees Adalita announce that “I am a good girl again” which symbolizes her change from Magic Dirt member to a solo career while “Lassa Hanta” is a smooth instrumental track that allows your mind to wander.

“Fool Around” once again shows Adalita’s ability to capture heartfelt emotion in her songwriting while “Goin Down” is faster-paced and consists a blues guitar line, which also complements the bluegrass feel of closing track “Night Orchid”.

Adalita really isn’t an album for the pop-set. It is however a fine album that will be well received by true music fans. Adalita is a work of art.