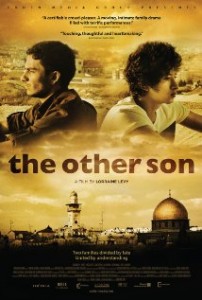 Summary: As Joseph (Jules Sitruk) prepares to join the Israeli army for his national service, tests determine that he is not his parents’ biological son. Revisiting the hospital of his birth, Joseph and his family discovers he was inadvertently switched at birth with Yacine (Mehdi Dehbi), the son of a Palestinian family from the West Bank. Forcing both young men to reassess everything they have come to believe about themselves, their values, beliefs and the race they are a part of, this revelation turns the lives of both families upside-down.