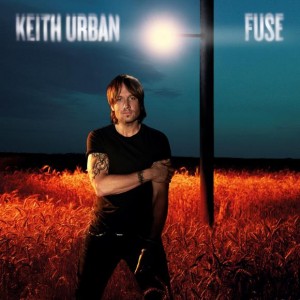 Keith Urban’s much-anticipated seventh studio album FUSE, set for release on September 13th, is his first in nearly three years. It will contain thirteen brand new tracks including his newest single “Little Bit Of Everything”, as well as duets with Miranda Lambert (“We Were Us”) and Eric Church (“Raise ‘Em Up”). A deluxe edition will contain sixteen songs.

The songs on FUSE were written, gathered and recorded over the past year and half.  Says Urban, “these songs just connected with me, whether for their energy or for what they were saying or just for the fact that they made me feel good.  All of them have merit and even though we recorded a lot of songs, slowly this particular group started to come together.”

Urban, who will return for the next season of American Idol, is currently in the middle of the first leg of his US “Light The Fuse Tour 2013”, which will continue through the end of the year.

To preview songs from FUSE go to fuse.keithurban.net

FUSE is now available for pre-order only at www.keithurban.net, JB HI FI, Sanity.