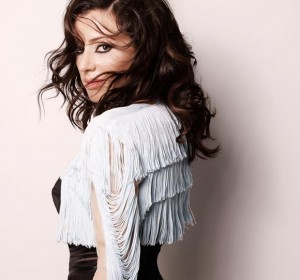 Australia’s most loved songstress, Tina Arena announces the release of her new studio album ‘Reset’ on October 18. A collection of intimate and honest songs, ‘Reset’ brings one of Australia’s most loved and successful artists back to the forefront of the musical landscape and coincides with Tina’s autobiography, which is released into the book world on October 14. The first single from the album ‘You Set Fire To My Life’ will be available September 27.

“I’m incredibly proud of and excited about Reset,” said Tina. “It’s my first English album of original material in 10 years and it really captures who I am and where I am this point in my life. I can’t wait for Australian audiences to hear it.”

With a career of almost four decades in music, Tina Arena is a household name in Australia and France. The artist who gave us ‘Chains’, ‘Sorrento Moon’ and ‘Symphony Of Life’ has sold over 8 million albums globally and has won countless awards worldwide (ARIA, World Music, Variety, People’s Choice).  One in four Australian homes own a copy of her #1 ARIA chart album ‘Don’t Ask’ which has sold over 1 million copies in Australia since release, making it over 14 x platinum. Her latest release of the ‘Love & Loss’ albums debuted at #3 in the ARIA charts and achieved double platinum sales in Australia. Tina has had 20 top 20 singles worldwide and has exceeded sales of 4 million units in her adopted home of France.

Tina sings in French, Italian and English and has collaborated with global superstars Marc Anthony, Andrea Bocelli, Donna Summer and Tiesto. Tina is also well known and respected amongst the theatre world with her lead performances in Cabaret, Chicago and Notre Dame on the West End.  Recently, Tina was voted the #1 Greatest Australian Female Vocalist Of All Time and #3 Australian Vocalist Of All Time in a News Limited Industry Poll.