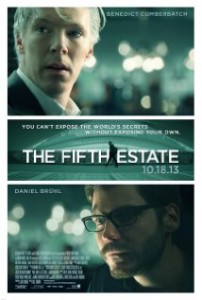 A featurette has just been released for ‘The Fifth Estate’ the new film directed by Bill Condon which is a biographical tale of the life of Julian Assange. The film stars Benedict Cumberbatch, Anthony Mackie, Stanley Tucci and Daniel Bruhl and will be released in the  United States on the 18th October.