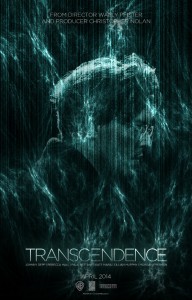 The trailer for the new film “Transcendence” has just been released. The film is directed by Wally Pfister, produced by Christoper Nolan and stars Johnny Depp, Kate Mara, Morgan Freeman, Rebecca Hall, Cillian Murphy and Paul Bettany. The film opens in the U.S. on the 18th April, 2014. You can view the Transcendence trailer below.