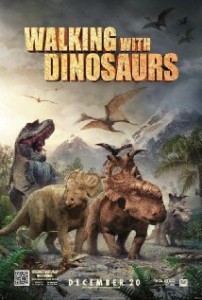 Children have been fascinated with dinosaurs for years and years. Watch as a school group gets taken into a museum and see how the children’s eyes light up as they see a skeleton of these giant monsters from a time long ago. Aside from the skeletons that are there to educate the children, there will also be dinosaur toys, because let’s face it, children and adults alike are totally fascinated by dinosaurs. It’s for that reason that Hollywood (and other film industries) have also seen the benefit it making dinosaur films over the years, so let’s take a look at which dinosaur movies your kids will really enjoy.

“Journey To The Center Of The Earth” (2008): Remakes often suck, but that wasn’t the case when they decided to redo Jules Verne’s famous novel for the big screen. While “Journey To The Center Of The Earth” looked good, this was more than a visual spectacular full of special effects; it was more than that as it also served up a valuable lesson about father and son bonding. As it happened, the bonding between son, Sean Anderson (Josh Hutcherson), and father, Professor Trevor Anderson (Brendan Fraser), happens when the pair suddenly find themselves on a journey to the center of the earth, a place where dinosaurs are still very much alive. If you ever find yourself at Movie World on the Gold Coast (Australia) and get a chance to see the film in their 4D cinema, then give it a shot watching it that way as well.

“Journey 2: The Mysterious Island” (2012): Okay, sequels often suck as well, but again that isn’t the case for “Journey 2: The Mysterious Island.” Brendan Fraser may not have been anywhere in sight but instead the filmmakers brought in Sean’s (Josh Hutcherson) step-father, Hank (Dwayne ‘The Rock’ Johnson). The pair go to a mysterious island, with Kailani (Vanessa Hudgens) in tow as they get stuck in another Jules Verne’s tale to find Alexander (Michael Caine) who believes all of Verne’s stories were true. Again, there were more dinosaurs (and giant lizards) along the way, meaning that once again dinosaur fans will again be very happy.

“Jurassic Park” (1993): Okay this is one that more for the older children, but nevertheless, “Jurassic Park” is the greatest dinosaur movie of all time – just remember that there are a couple of scares along the way. Based on a Michael Crichton novel, “Jurassic Park” is still very much the jewel in Steven Spielberg’s crown. Even years later, the T-Rex is still an impressive sight as it appears on the screen and chases Dr. Alan Grant (Sam Neil) and co across the island… then there are also those cheeky raptors. If you want to impress your children even more, you may even want to let them check out the 3D version of “Jurassic Park,” which will have everybody thinking that the T-Rex is jumping right off the screen.

“Walking With Dinosaurs: The Movie” (2013): When directors Barry Cook and Neil Nightingale were given the task of bringing the famous BBC television series “Walking With Dinosaurs” to the big screen, there were a lot of people asking “how would that work?” The BBC series was certainly not a drama with a storyline, it was a documentary series that wowed people because of how it really made the dinosaurs come to life on the screen. The movie tells a story following Patchi (voiced by Justin Long), a young dinosaur who is an underdog, but faces the challenges of the prehistoric age alongside his brother Scowler (Skyler Stone) and friend Juniper (Tiya Sircar). “Walking With Dinosaurs: The Movie” both entertains and educates children (and adults) as it mixes the storyline with facts about the various species of dinosaurs with which Patchi came into contact. The fact that the film also contains a strong lesson about never giving up on your dreams is also a good learning curve as well.

If your child loves dinosaurs, then they certainly won’t be disappointed with any of the previously mentioned films. Just remember, a love of dinosaurs can always be a great tool to a child opening up their imagination.